Okay, here is the birthday riddle! With 2 sisters older than Han, he will still be the first to celebrate his 21st birthday today with the family. How is this so?

Answer : His two sisters left for the US just after their 5th year in secondary or middle school and turned 21 when they were away from home!

So we are indeed very happy to be able to celebrate Han's 21st with him today in Singapore. Han growing up has become quite a trail blazer for his younger brothers. He was recognized to be an awesome son on his 18th birthday with reasons and photos of his life up to then found here.

Here are his more recent photos which will lead to his 21st birthday photos and videos by the end of this post as the day progresses. It's just past midnight now into his birthday, 19th Oct in Singapore :

Classical compositions for your enjoyment!


Your composition played for others to enjoy. 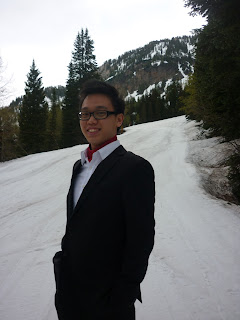 Cool pic in the snow! 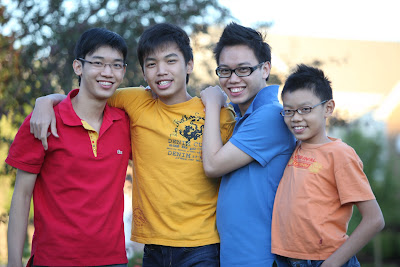 The Man among the boys today ! 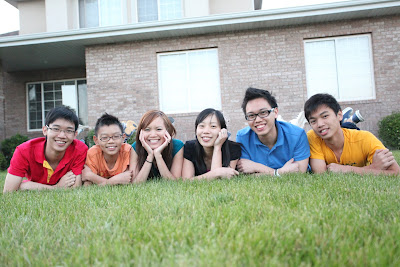 With all his siblings


Ooops! How did this get here?


More to come as the day progresses....


Listen to the chatter over great food especially Mom's explanation of why all students going to USA study law. 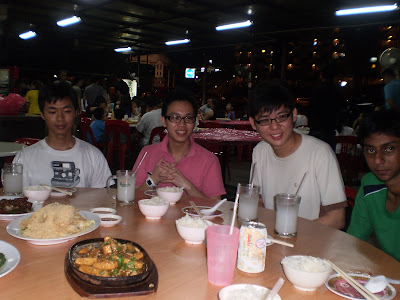 Sea food dinner with his friends from left to right, Tuan Anh, Zhe Wen and Andrew... 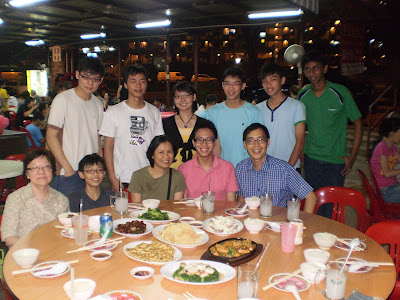 ... and family members too enjoying butter crab, prawns, scallop vegetables, deer meat etc etc. Read the review given to the "Two Chefs Eating Place" near our home especially my comments at the end.

Photographs of the celebration at home 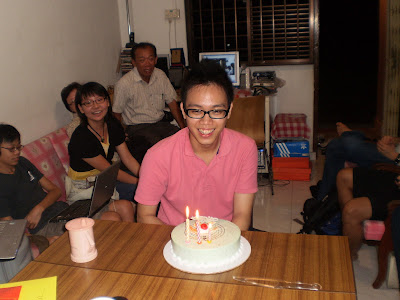 Getting ready just before the live video broadcast begins 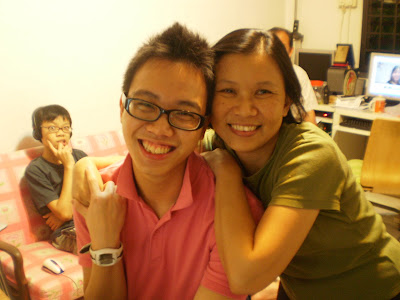 Mom who cared for him in the womb for 9 months and outside for 21 years is elated! 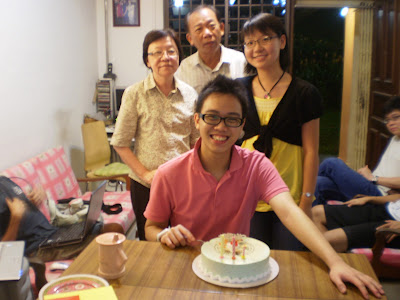 Let's start taking photos for remembrance before the cake is all eaten up! 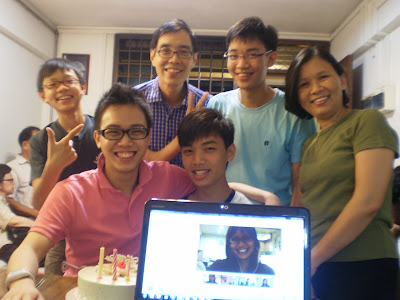 Thanks to Google+, we could have video participation to see/hear each other from 3 places simultaneously. After the live video broadcast was over, Fei in Los Angeles was able to show us around her new apartment where she and Christopher had moved in recently. Very Nice!!! 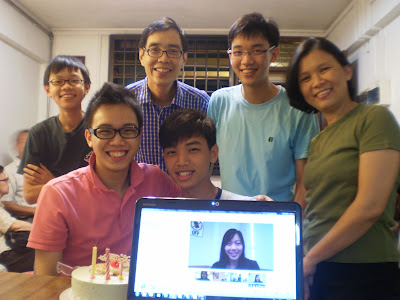 Nice to have Su from her school where she teaches in Utah to be able to join us with Google+ too! 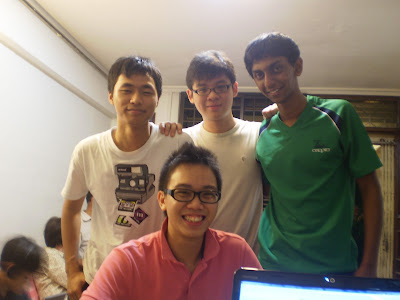 Han with his 3 friends from the National University of Singapore (NUS) studying, from left to right Statistics(Tuan Anh), Chemical Engineering(Zhe Wen) and Medicine(Andrew). Han himself is preparing to serve on a 2 year voluntary mission for his Church after an impressive education record studying in Singapore noted in his family profile.

POST DATED EVENT :
All four boys above would be found as Academic Prize Award winners at a future event journalized here.
Posted by Dad the KL city kid at 12:02 AM