The morning that I could not sleep all night for the first time in my life :

The reason was soon discovered found in my comments at the bottom of the above post  or shared below :

I ended the above long comments to end my facebook post that started on 1 April just past midnight! It was already about 8am and I planned to take an hour nap to rush to the KL branch meeting. At about 6am in the morning, Sharon Wong who teaches the Gospel principles class in the branch fb messaged me to request covering the lesson for her as she had to follow her family for "Qing Bing" Chinese festival to clean up ancestral graves so I agreed. The topic she told me was entitled "Atonement" which I found as chapter 12 in the Gospel Principles Manual.

Now I was up all night to watch the live session of the General Conference of our Church held in Salt Lake City Utah on their April 1 Saturday US time which was our mid nite Malaysian time on April 2 Sunday.


As the above FamilySearch could not share my family tree online, I used Geni.com to do it seen below:

View more of Sun Fu's tree  |   Get your own family tree at Geni.com

Han our oldest son in the family chose to do a semester in Yale in Connecticut in the first half of the year away from his Yale-NUS campus. He could go to any University in the US different from Yale as part of an exchange program feature and did apply to Harvard which is in the city of Boston where his older 2nd sister Su lives. He ended up in Yale Connecticut, about 2 to 3 hours away by road from Boston as the acceptance letter from Harvard reached him too late after he accepted the acceptance letter from Yale Connecticut. So he would make the trip several times when free during his semester of study to take the following mini reunion pics : 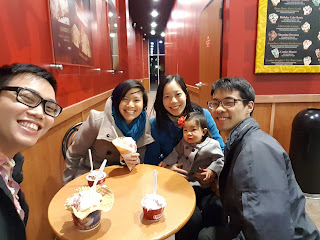 Fei his oldest sister staying in Los Angles flew in to spend time together. On the right is Su, Leah and Jay. 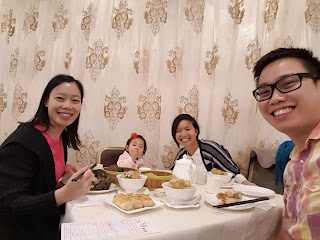 Here are the 3 siblings together with baby Leah about a year plus old. 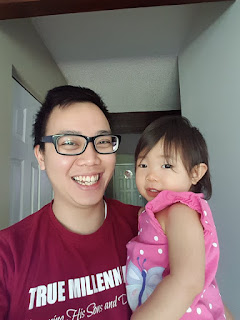 Here is close up of Leah. 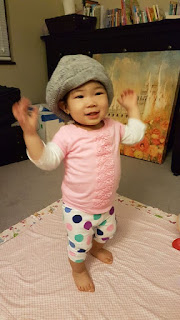 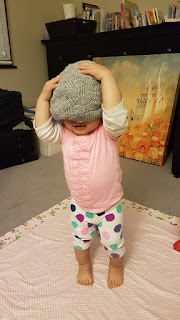 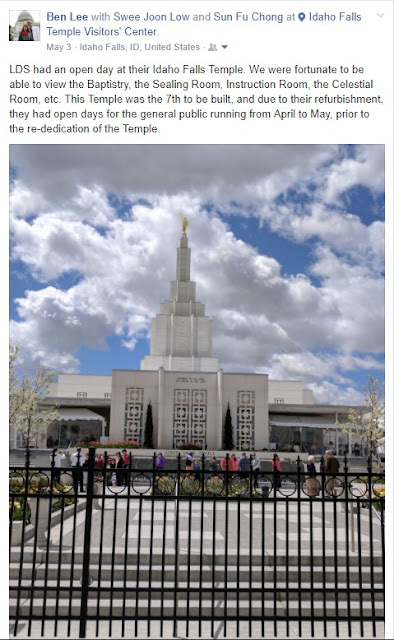 When my classmate Ben in Seattle shared this photo on my facebook timeline, I left a comment with a link to another journal of mine that had memories of our eternal friendship when we were courting our wives before marriage to several reunions together in the US found here.

Added this video to my facebook album entitled, "The Tapestry of My Happiness"


Click below on the facebook blue icon to see the video on Elder Chong's mission in London: 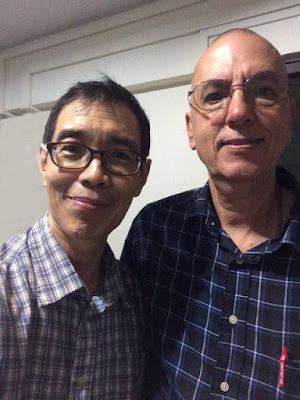 It is a small world to meet up with Michael de Jager as I met his father in the year 1986, once in Salt Lake City Utah and later in Hong Kong. I have photos of the two meetings in this travelogue journal post.