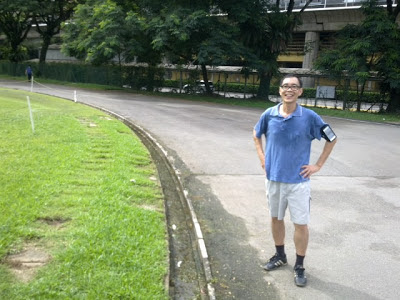 Right early before the year end, when I had an extensive stay of a 3 month period of time in Singapore, I decided not to waste the running track near the home by using it regularly for exercise. 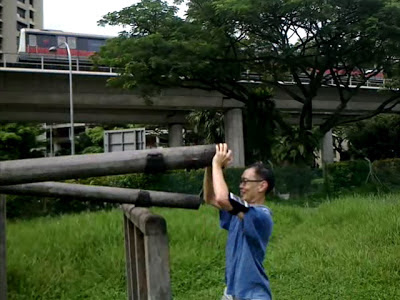 Besides running, there were also weight exercise stations I could use like lifting a log up and down. 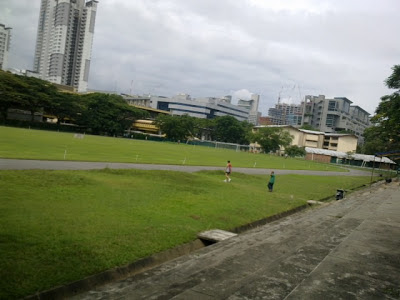 The advantage from my usual runs in other trails is that in a proper running track, you could measure exactly how far you ran and I decided very soon I would do a 7x7 program, that is running a minimum of 7 rounds round the track 7 days a week. That would be a minimum of 2.8km (7x400m) a day to keep me fit. That became my new year's resolution and if possible I would participate in several marathons in the new year! 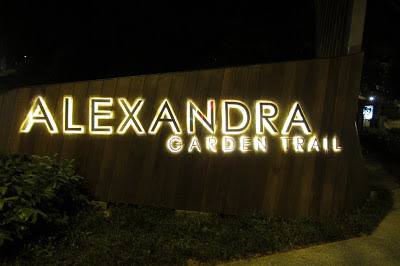 Soon I found there were also trails near the home where I could run for variety like the Alexandra garden trail. 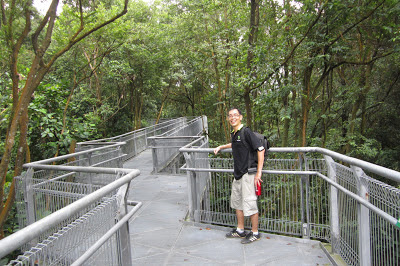 The trail is in the city but it goes above a forested area... 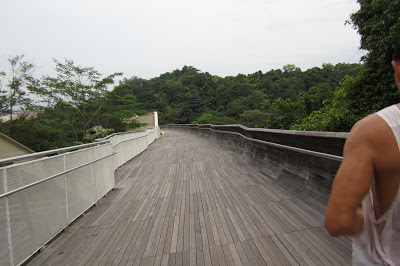 ... and goes across the Henderson Wave bridge towards Mt Faber 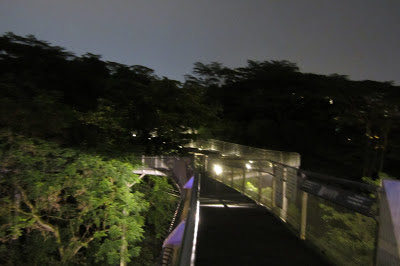 One could even do the trail at night as it is lit all along the way... 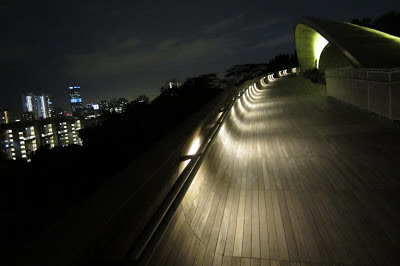 ...getting a magnificent view at Henderson Waves towards Mt Faber 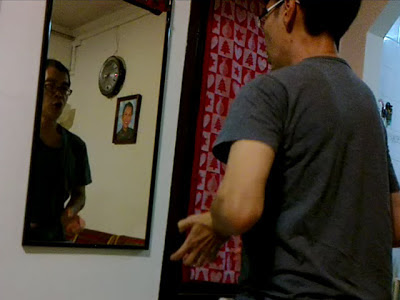 I have always realized that exercise is not just for the body but also for the mind. The blood circulation and flow of energy has an optimal effect on the brain that creates a more optimal mind I believe. Body and Mind that is performing optimally has definite advantages. I can relate to the following example. 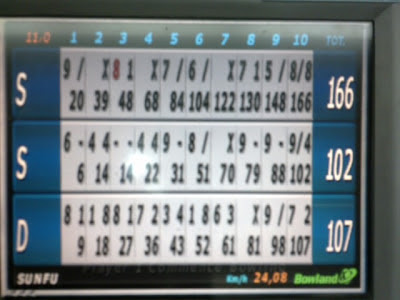 I found myself in a bowling game a few days after Christmas. It was an all men game and the bowlers were my 2nd son, 2 Americans and 1 Singaporean. When the game started, I wasn't bowling well. I was fit but couldn't seem to 'Get It' to hit strikes and score. When I tried to make little adjustments as to how I rolled the ball to hit more to the center of the pins, either to the left or right when I rolled the ball off, it always turned out too much more to the left or right. In the very last game, I decided to allow my mind to naturally remember subconsciously  how it feels when I rolled a ball that would hit a strike. Just trusting my subconscious mind, I bowled the ball off allowing my mind to control my body position and movement naturally. The result was that I started hitting strikes and bowling more accurately ending up with a record highest game score of 166 as evidenced in the above pic of the scoreboard! 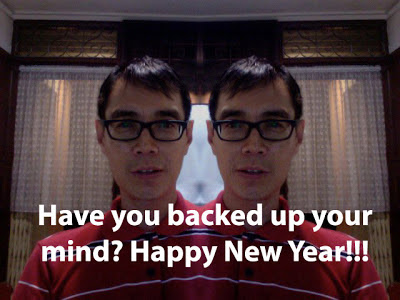 Just before New Year's day, I was impressed to post this pic on facebook with a unique caption. It has always been taught that we should back up all the information of our computer hard disks. From the bowling game of letting the mind remember the information of how my body should function to perform optimally, shouldn't we then always have a good back up of our mind of all the information that is needed whenever we want to have an optimal performance? I will expand more on this later in another blog post but meanwhile..... 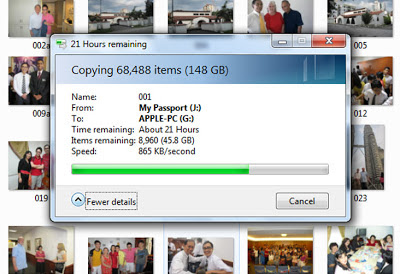 ... I made sure I backed up my computer hardisks! 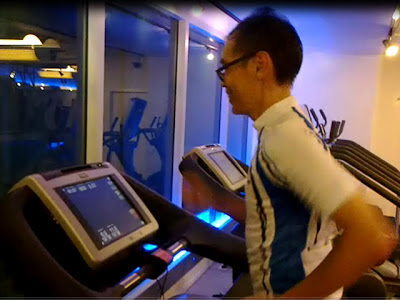 Without the running track near home when I am back in Kuala Lumpur, I resort to the gym or treadmill 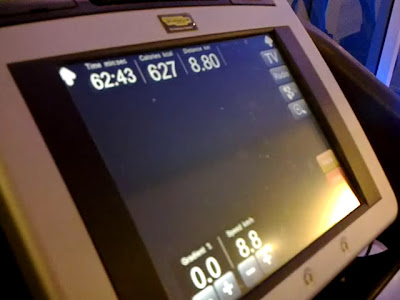 Here I can also accurately measure the distance ran, in this case 8.8km at the speed of 8.8km/hr 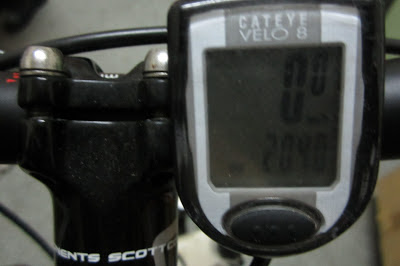 In Malaysia, I would also have the added variety of riding my bike and I will do a minimum of 20km per day when riding compared to the 2.8km when I am running.

So why do I love to bike as an exercise too? The advert below that I captured while in Singapore says it all : 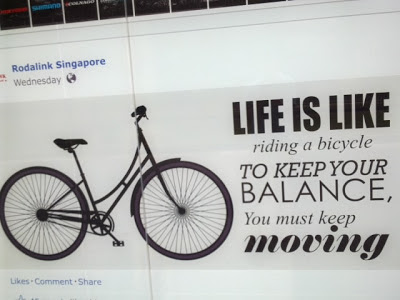 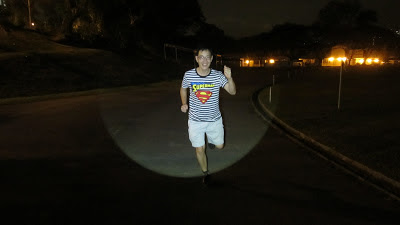 Sometimes the days are to short or busy in Singapore

The video below tells it all!