The above event came about because I was happy we finally have straightened out our little community problem in Kuala Lumpur using my social media skills explained with more details here.

3 Feb 2018
The Church continues to grow steadily in Malaysia.

14 Feb 2018
A little encouragement to the Single Adults! 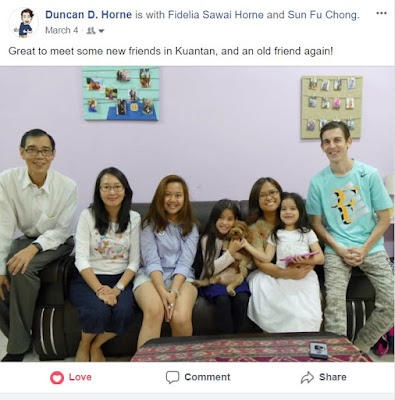 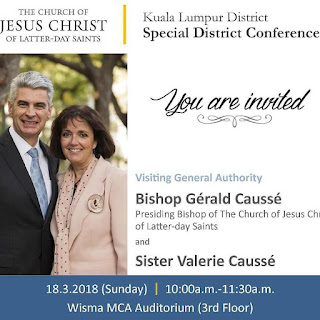 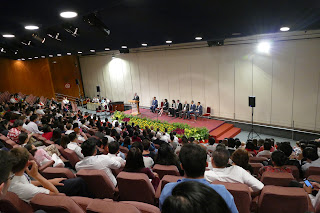 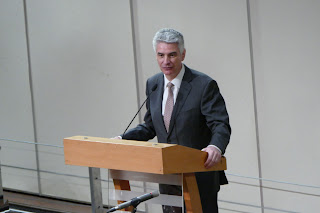 When I was a teenager, Dad Sun Fu Chong taught me to sleep on my problems.

Tired while studying? Take a nap. Then you'll have more energy later to study better. It worked well enough for me when I was studying for my A Levels.

As I got older I started facing increasingly complex problems or assignments that could no longer be solved within a day. Dad's advice stayed the same. Can't figure something out? Sleep on it. You'll have a solution when you wake up. Extra bonus if you remember to pray about it before you go to bed.

I don't recall ever doubting Dad's words (I distinctly remember agreeing with him several times), but just this week I was reminded how applicable his advice to me remains.

So I'd been working on my Capstone (basically an undergraduate thesis) the past couple of months. I've been trying to construct a trade algorithm that uses machine learning classifiers on U.S. Equities data. I really struggled with it and things didn't go anywhere until about a month ago when I thought I had made a breakthrough. I excitedly gave a presentation on my findings in a weekly MCS seminar a week and a half ago. Things were looking great, and I was ready to write all my findings up in my report - until I met with my Supervisor and realized I made a couple of important mistakes in my methodology.

Redoing the methodology was fine, but in the process I started realizing how bugged my code was. Inspired by a friend's advice, I eventually pinpointed the source of the bug, but it soon led me to realize just how flawed my entire algorithm was.

At this point I was 2 days away to my Initial Thesis Submission. Thankfully, I had most of my report already written (the parts that weren't affected by the correction in methodology at least). I was two nights away from submission and I still had not found a viable solution to the flaw I found in my algorithm. Already running on sleep deprivation, I was getting desperate. That night, I suddenly remembered Dad's advice.

Just like old times, I prayed about the issue I was having and went to bed.

I woke up the next morning (ok, more like afternoon) and within an hour I had a stroke of inspiration. The next 5 hours saw me coding non-stop to test out an idea. It was that weird moment in programming where you suddenly hit this turbo mode where you suddenly poop out a whole, relatively bug-free program that would've normally taken you at least a week to finish under normal circumstances. By the evening (1 night before submission), I had confirmed that my new algorithm was working as intended AND performed better than my old one. I even managed to incorporate a couple of original designs I was pretty happy about. After a long prayer of thanks it was just a matter of rushing the rest of the report overnight (weekly Linear Algebra problem sets in Junior year prepared me for this).

So yeah thanks yet again, Dad.