In Memory of our "Eng Ee" in Kuantan 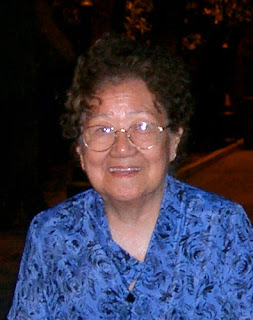 She passed away peacefully on this day unknown to us as we were all in Singapore and I could not be reached by my Malaysian cell phone while using my Singapore phone! There were no messages in Facebook nor did I get any email either. It so happened that I was planning a trip to Kuantan the following weekend to call my brother that I was informed that she had just passed away the Friday before. We just missed her by a week and feel sad that our family will not be able to see her again in Kuantan as we have always done for so many years. 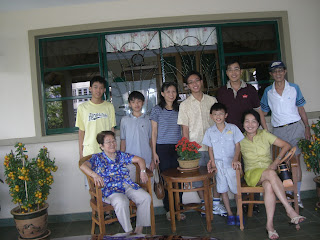 "Eng Ee" as I would call her was not only my 3rd brother's mother-in-law but I have always known her as one of my mother's close friends when they were young in Penang. She outlived both my mother and father. She would have been 90 years old if I met her again this year as she always reminded me that her birth year was the same as my parents, ie. 1921.  However I am sure she will tell me she is 91 years old, following the traditional Chinese way of calculation of age from the time of conception in the womb instead of the time of delivery! 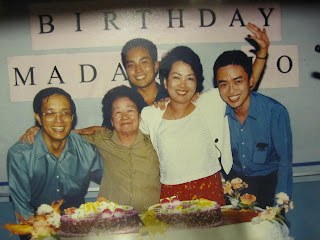 So the children of two good friends married each other and thats how the relationship of my mother and her friend from teenage years turned from friendship to kinship!  Unlike my mom who could not live long enough to see me get married nor our two oldest daughters, Fei Min and Su Min, she lived to see not only her daughter get married but her daughter's two sons too ie. Woon Kean and Woon Kit 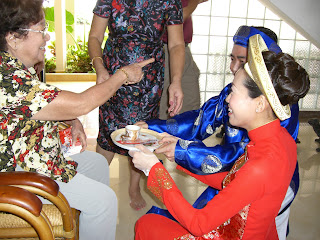 Wedding of Woon Kean and Phuong 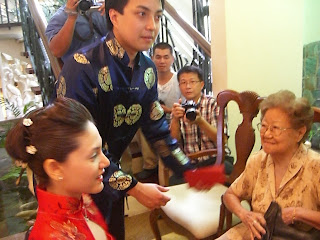 Wedding of Woon Kit and Karine 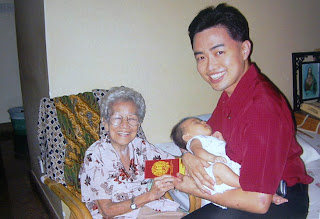 She even lived to see her first grand child, Milan Sun Thien Chong, daughter of Woon Kean and Phuong born in Australia on 15 Feb 2011
She will truly be missed by many friends and family members who find the joy of her presence when visiting in Kuantan : 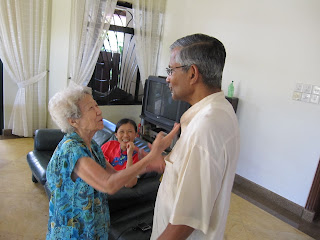 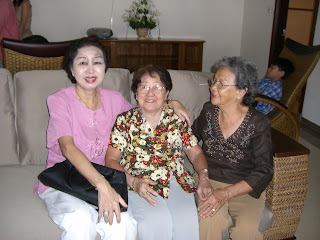 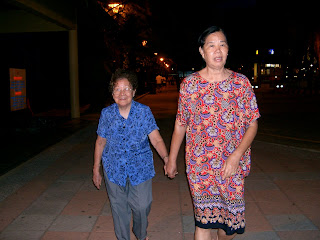 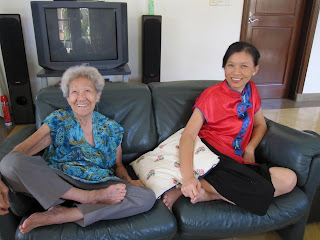 May God bless her with continued joy and happiness in his eternal arms is our sincere wish for her.

Postdated photos of the funeral on Sunday 28 Aug 2011 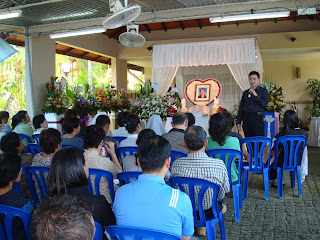 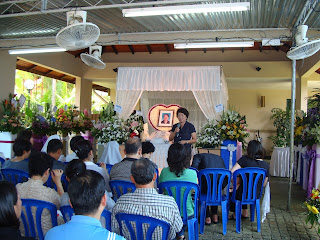 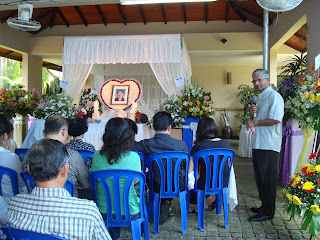 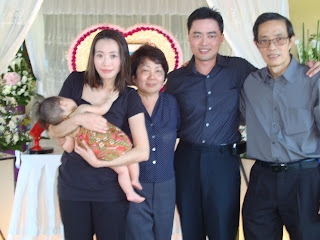