She studied, She considered, She committed

After a very long consideration and much study over a period of time, Mom decides to go for the third option offered by doctors for her breast cancer treatment. Western medicine offers a cut(surgery), burn(radiation) and poison(chemotherapy) approach which she has already opted for the first two on her first operation . After the second operation a month ago, she took the brave step to finish the course of what modern western medicine has to offer. 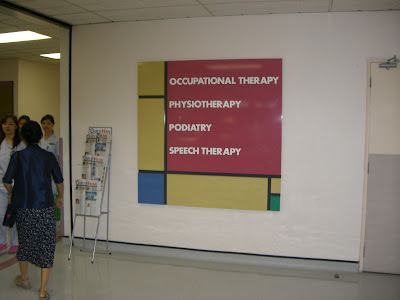 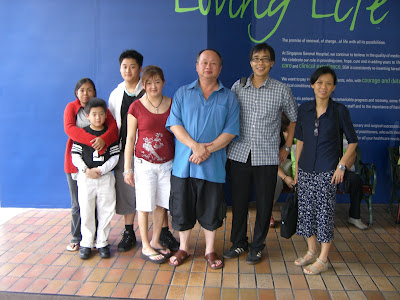 On one such visit to the hospital on Nov 16th, we got to meet an old friend of Dad's, Jim Lim and his wife Lailey, from Kuala Lumpur whose 12th year old daughter had just completed major surgery on her backbone. The operation was just the day before and on she was still recovering in the Intensive Care Unit (ICU) at that time. 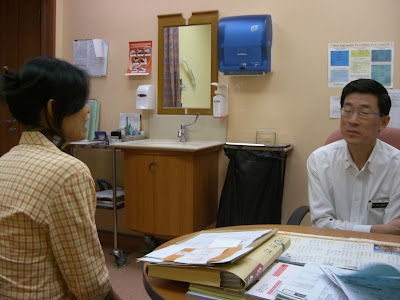 On 26th Nov, Mom met with Dr Khoo Wen Hsien, the head oncologist for chemotherapy, a friend of Dad's old classmate Dr Lam who used to work at the hospital in Singapore. Mom is well read and they talked using medical terminology familiar by both! She is finally firmed on going ahead with Chemo. He found a time slot for her to start her first dose. She chose the mild dose of Chemotherapy that will be administered to her starting on the same day at 4pm, repeated for another 3 times after every 3 weeks. She specifically planned the timing such that on the Christmas week of our family reunion, it will be a week after her second dose on Dec 17 so that the side effect will be lesser when all the family members gather. 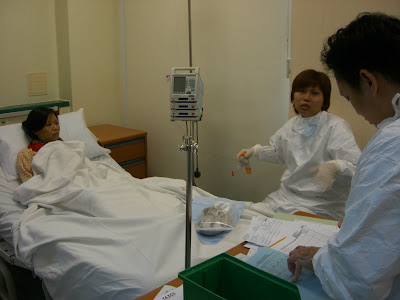 After spending the morning meeting with the doctor and after the necessary blood tests were done to determine the suitability of her condition, the chemotherapy treatment began at 4pm. It would take only about 30 mins or more to administer the drug through the vein of her left leg as she laid in bed. Prior to that about 30 mins was taken up by answering a detailed questionaire filled in by the medical person seen on the far right of the pic above. 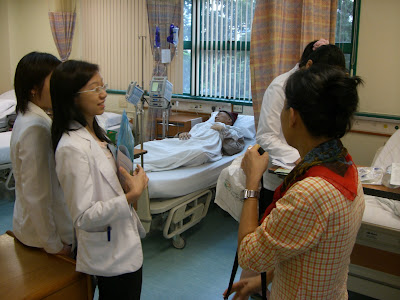 At about 5pm she was ready to walk back to the car for home, backed up by several medication she would take for the next three days to help her through the side effects of the chemotherapy drug such as nausea, vomitting and gastric effects. 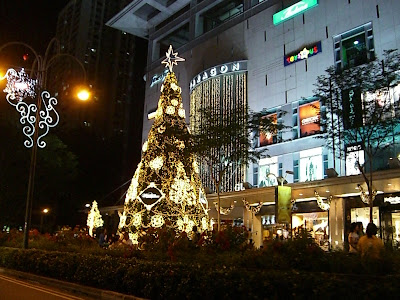 After resting at home for a short period of time, Mom wanted to go for a drive downtown to see the Christmas decorations and lights on the famous Orchard Rd which were already up. So with all the boys packed into the car, we went for a drive to enjoy the Christmas lights... 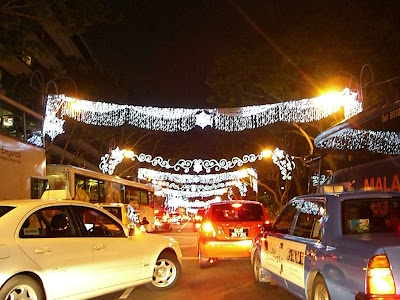 .... with some mild traffic jam on Orchard Road!

CONGRATULATIONS MOM ON YOUR BRAVERY AND ONWARD TO RECOVERY!