Ray's best friend at Church, Derrick Wong who also turns 17 this year is born on this day in USA, just a day earlier! However being born 8 hours earlier when Ray was born on Nov 2nd noon time, they actually have the same birthday in Malaysian timeframe!!! 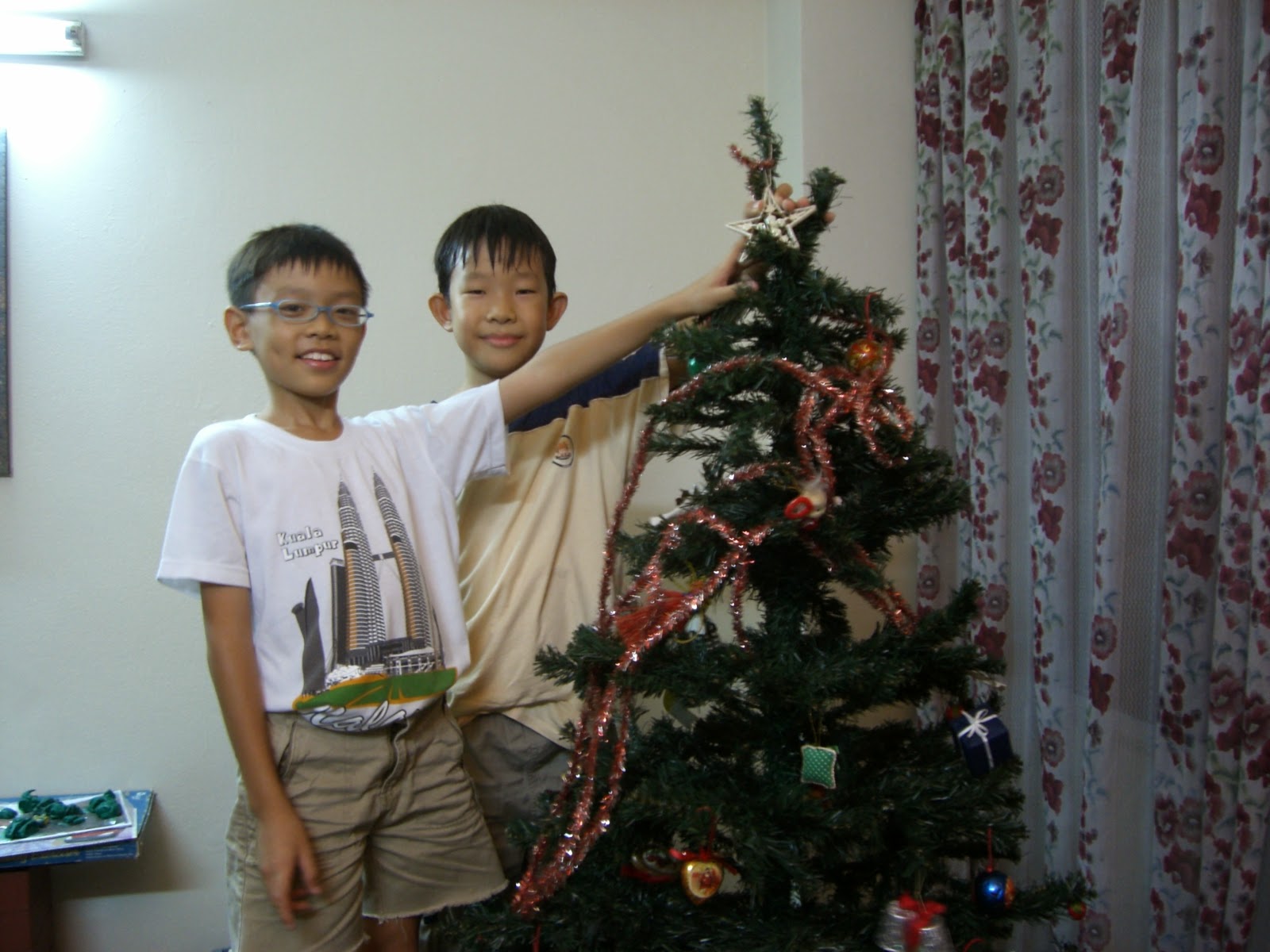 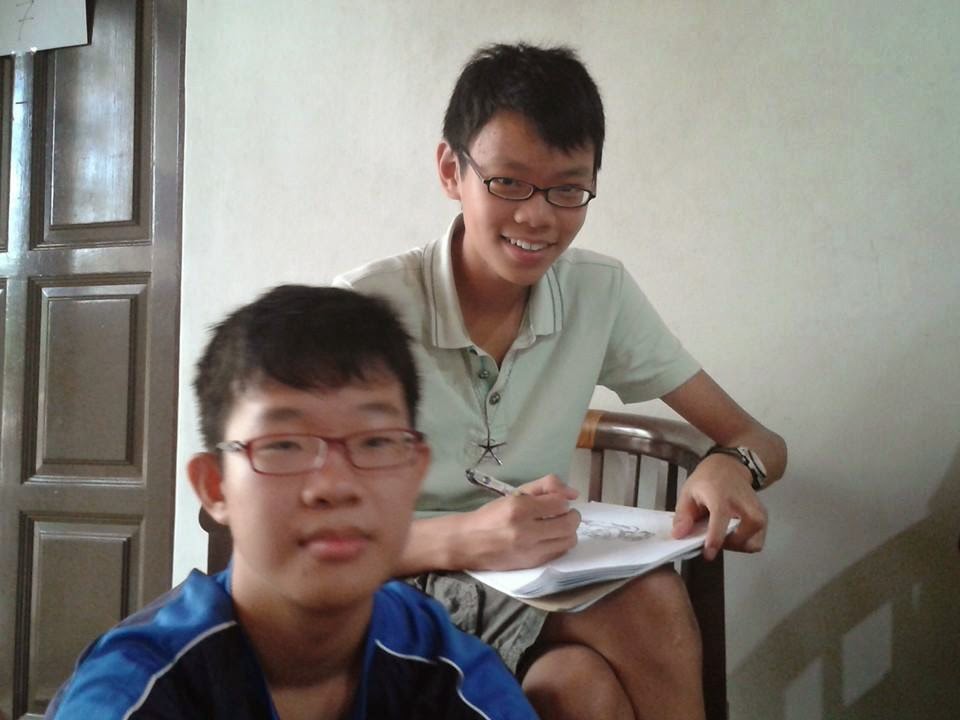 Tomorrow is when we celebrate the birthday of Woon Ray, the youngest in our family 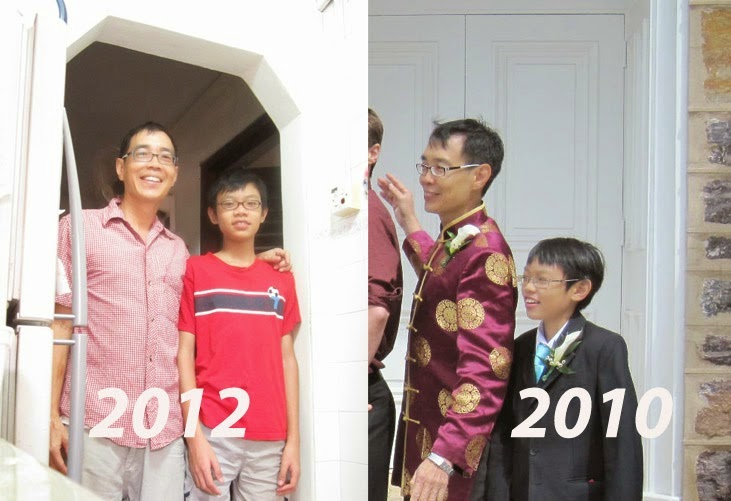 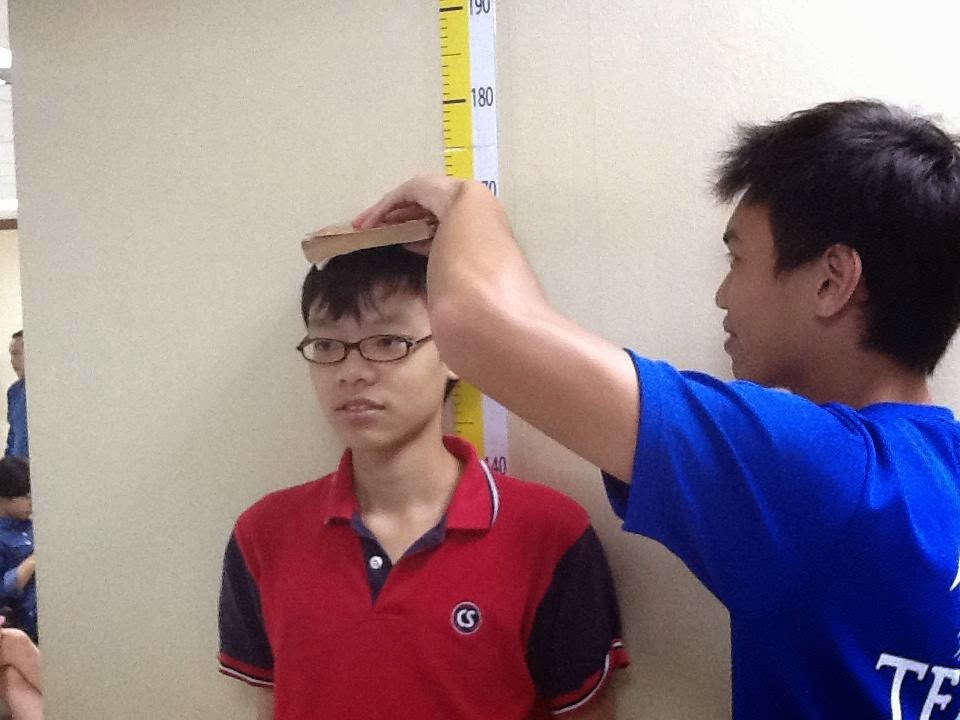 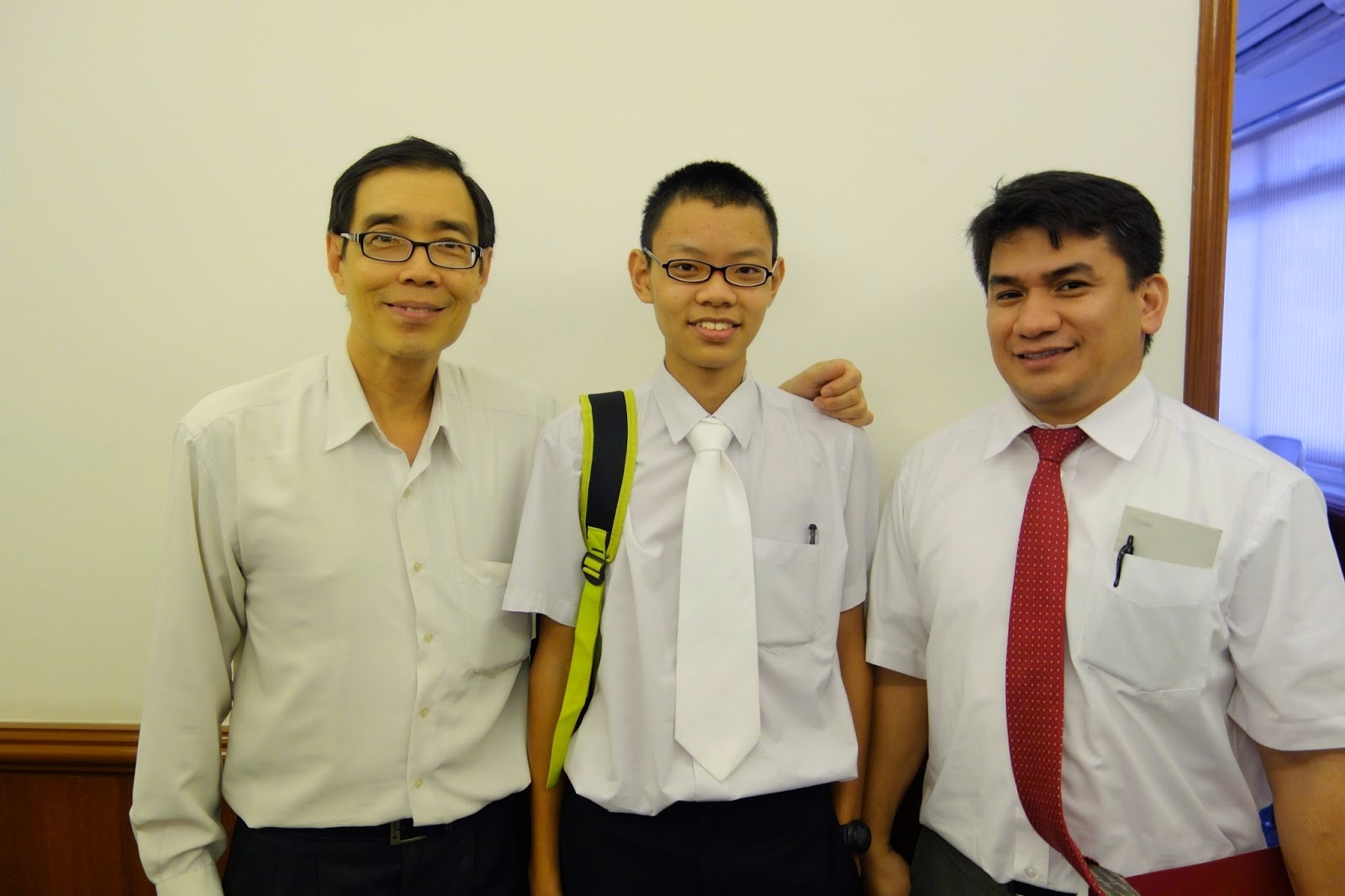 This is Ray in Feb 2014 after I ordained him to the office of Priest in the Aaronic Priesthood, coming close to my height! 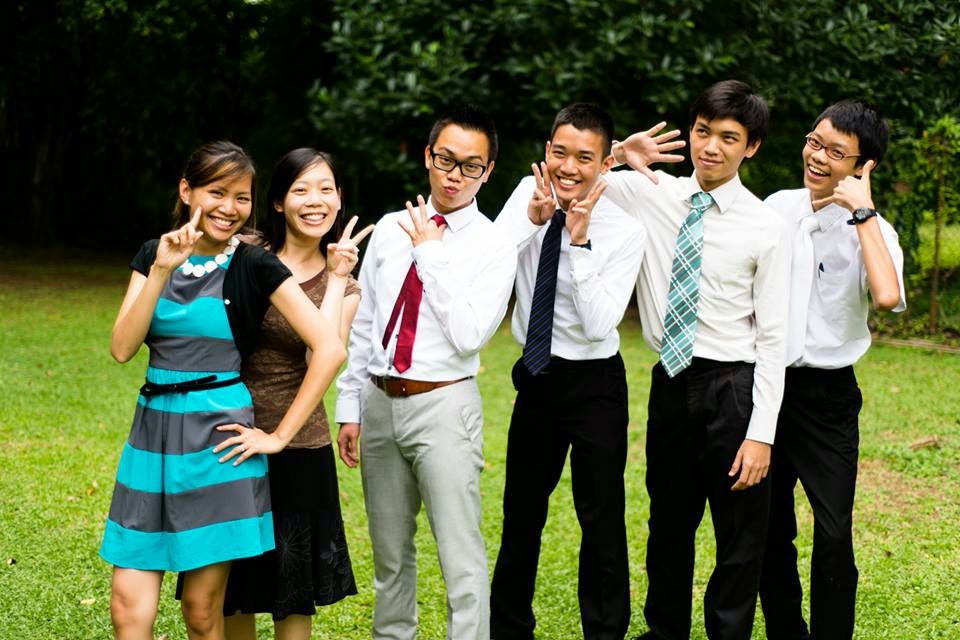 In June 2014, he was already ranked the tallest sibbling from left to right! On his birthday tomorrow we will decide if he stands taller than his father!! 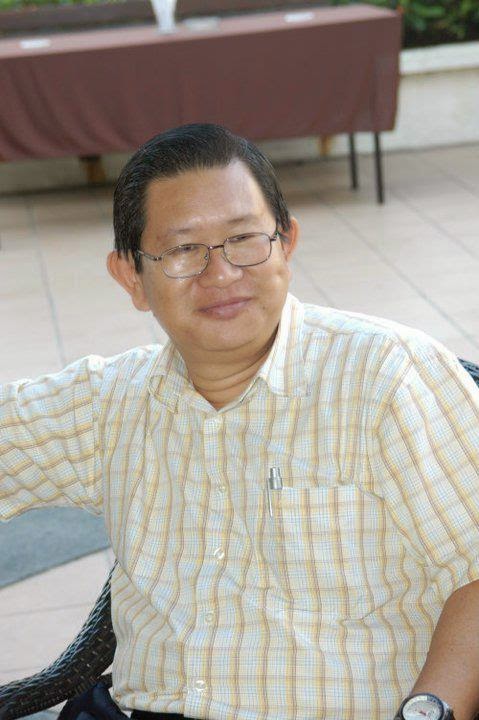 On this day is another old friend of mine at Church, John Chin, who celebrates his birthday! 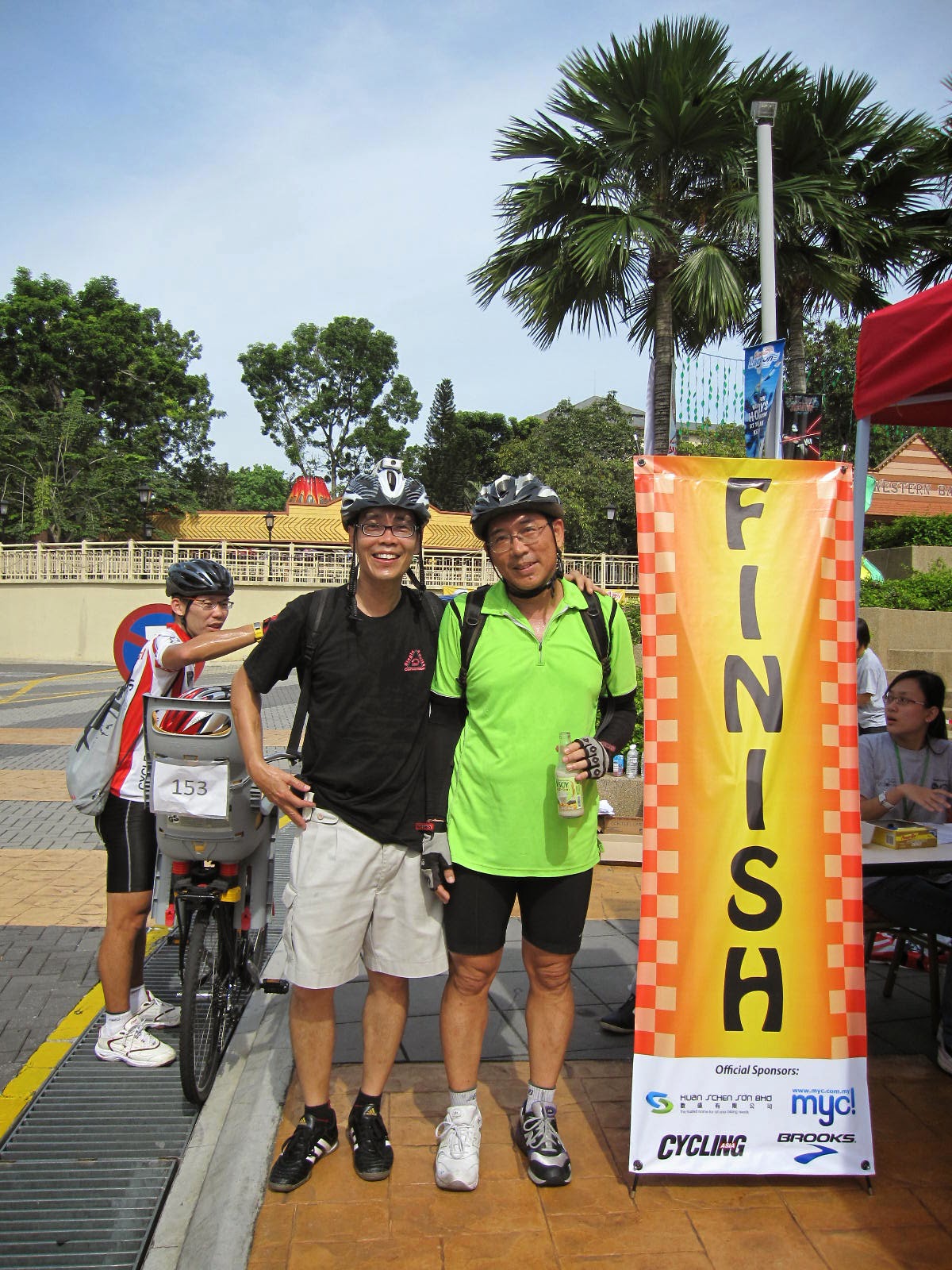 SK Yeong my biker friend who is now on tour in China also celebrates his birthday!

As Nov 1st was also Halloween, when it was past midnite, my facebook cover changed to reflect Ray's birthday :

The fun theme I chose for his 17th Birthday was to determine if he has become as tall or taller than his father! The following facebook post and comments with photos followed the theme to finally lead the the climax of is he the tallest in the family?

I woke up early on Fast Sunday morning getting prepared for the day which essentially would be a dinner celebration. I had got most of the things I had planned which included the essential birthday cake the night before. I choose to have another steam boat night similar to Han's birthday the previous month as it involves less cooking and all I needed to do was to get the base soup made in the morning and cut up all the ingredients so that all would be ready when we came back from Church. I had bought as many ingredients as I could get that was different from the last steam boat we had and cooked a chicken differently too as seen in the pic below! 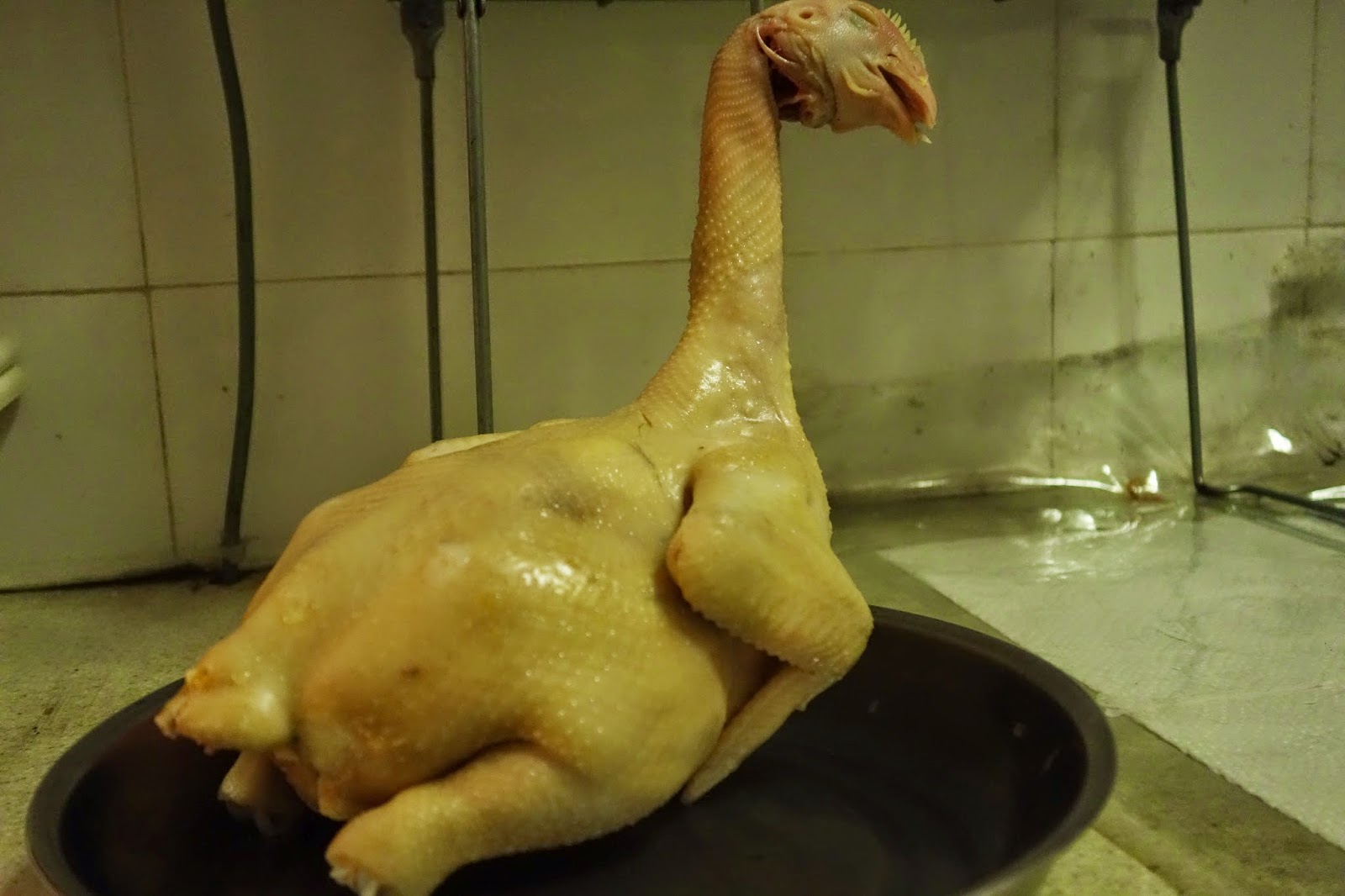 Instead of the Emperor steamed Herbal Chicken I made previously, I would boil the chicken this time round. I love the golden yellow color of the optimally cooked chicken! 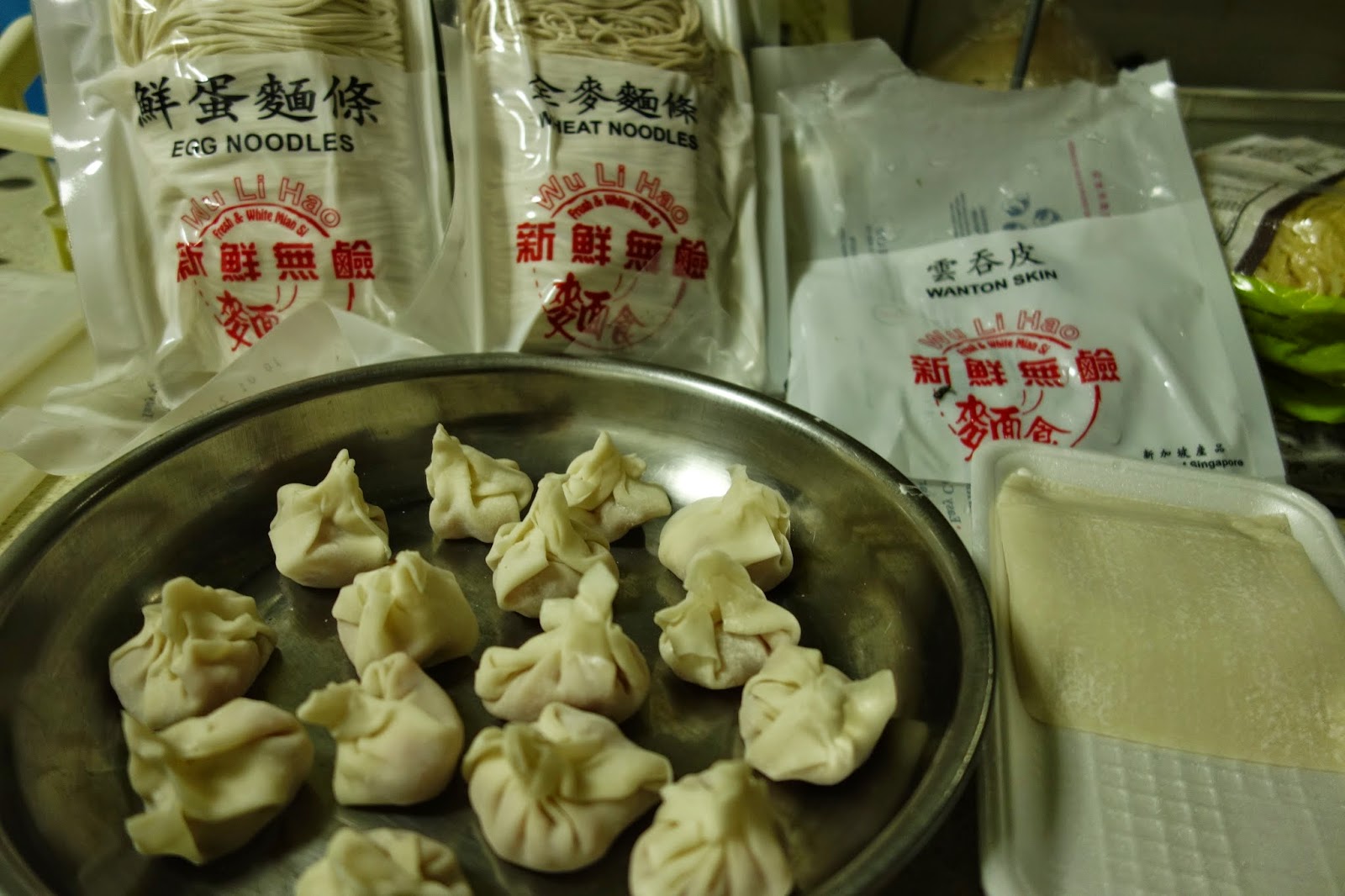 Besides buying different types of seafood for the steam boat like scallops, abalone, fungus and real crab meat, I decided to make some wantons too and use different variety of noodles from the ones used previously which were the soft 'Maggie Mee' type of noodles.

So Who is the Tallest of them All?

At the last session of Church in our priesthood session where I got to see Ray in our usual initial combined meeting before splitting to our respective classes, there was a short moment before everyone arrived. I asked brother Joseph Saw to snap a photo of Ray and I standing side by side without shoes to get the latest photo to confirm who is taller! 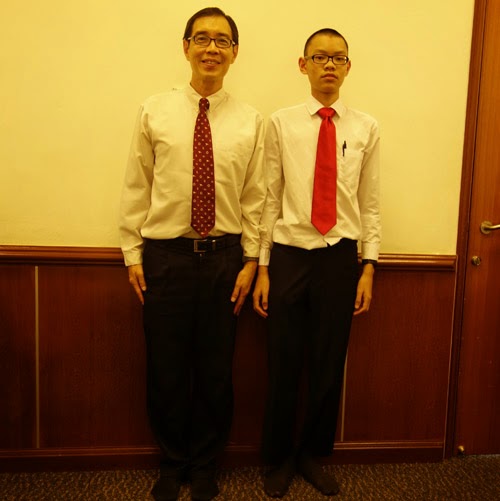 In the words of brother Saw, "You are still the tallest , but I guess not for long.." 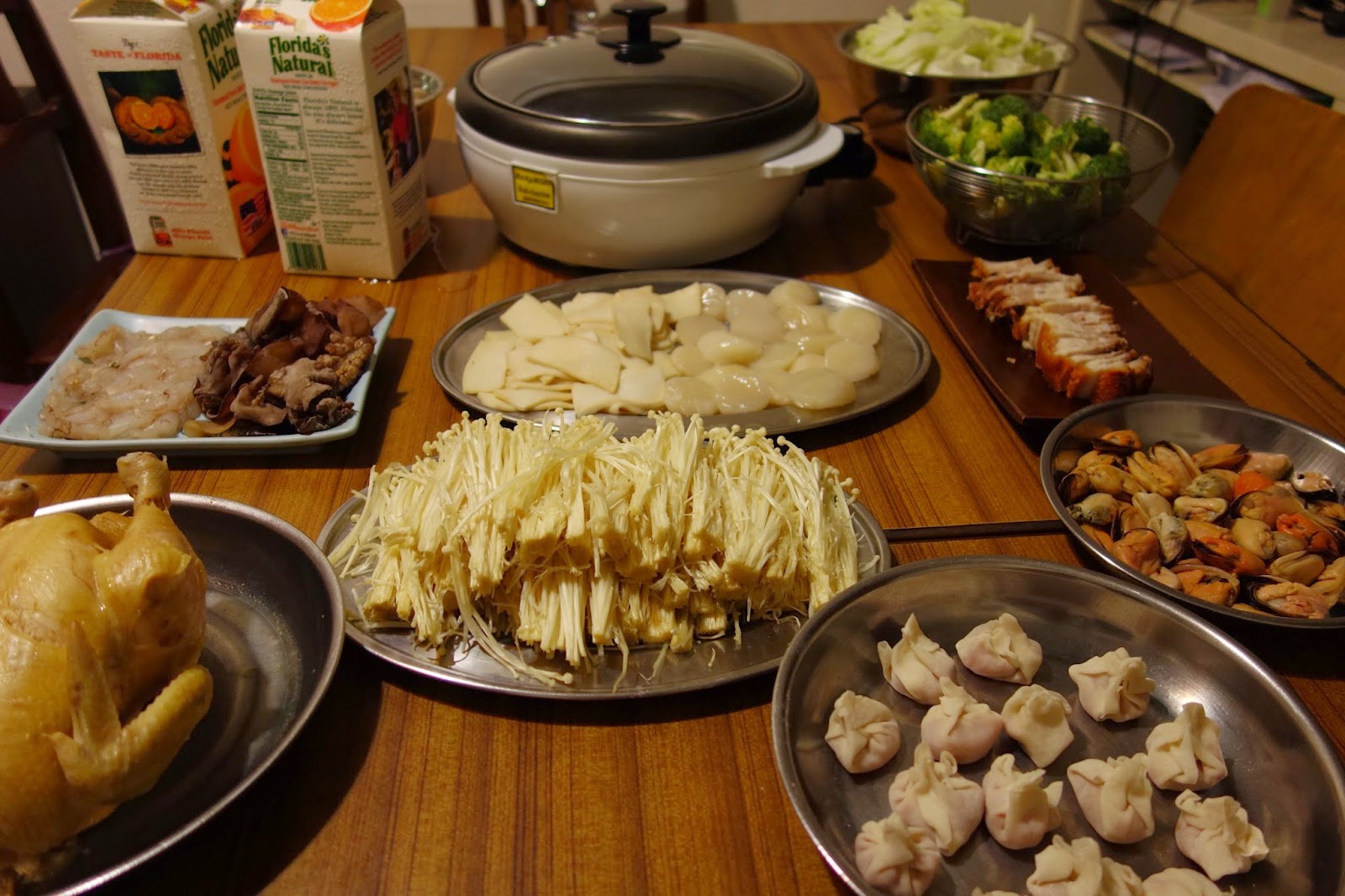 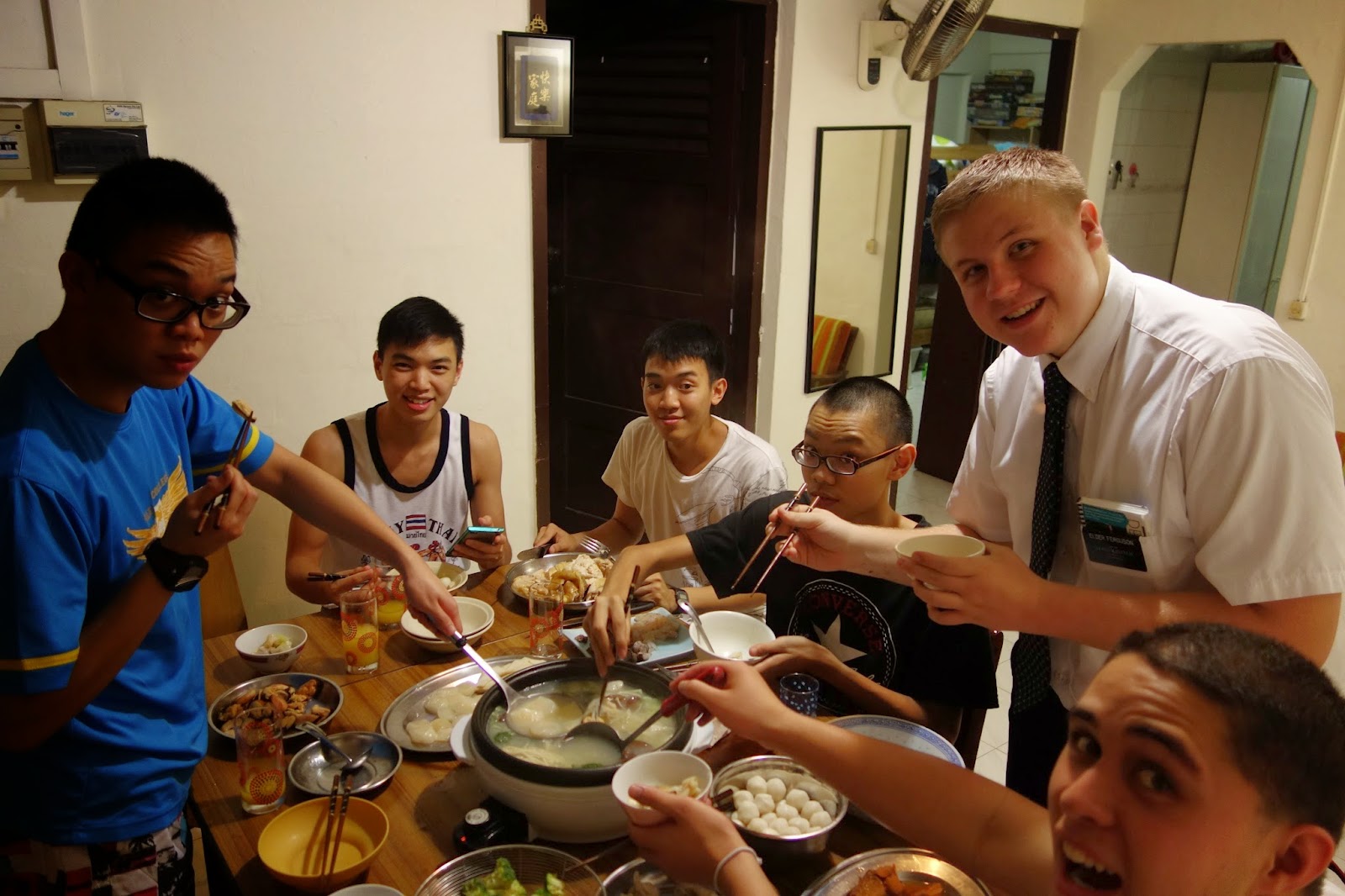 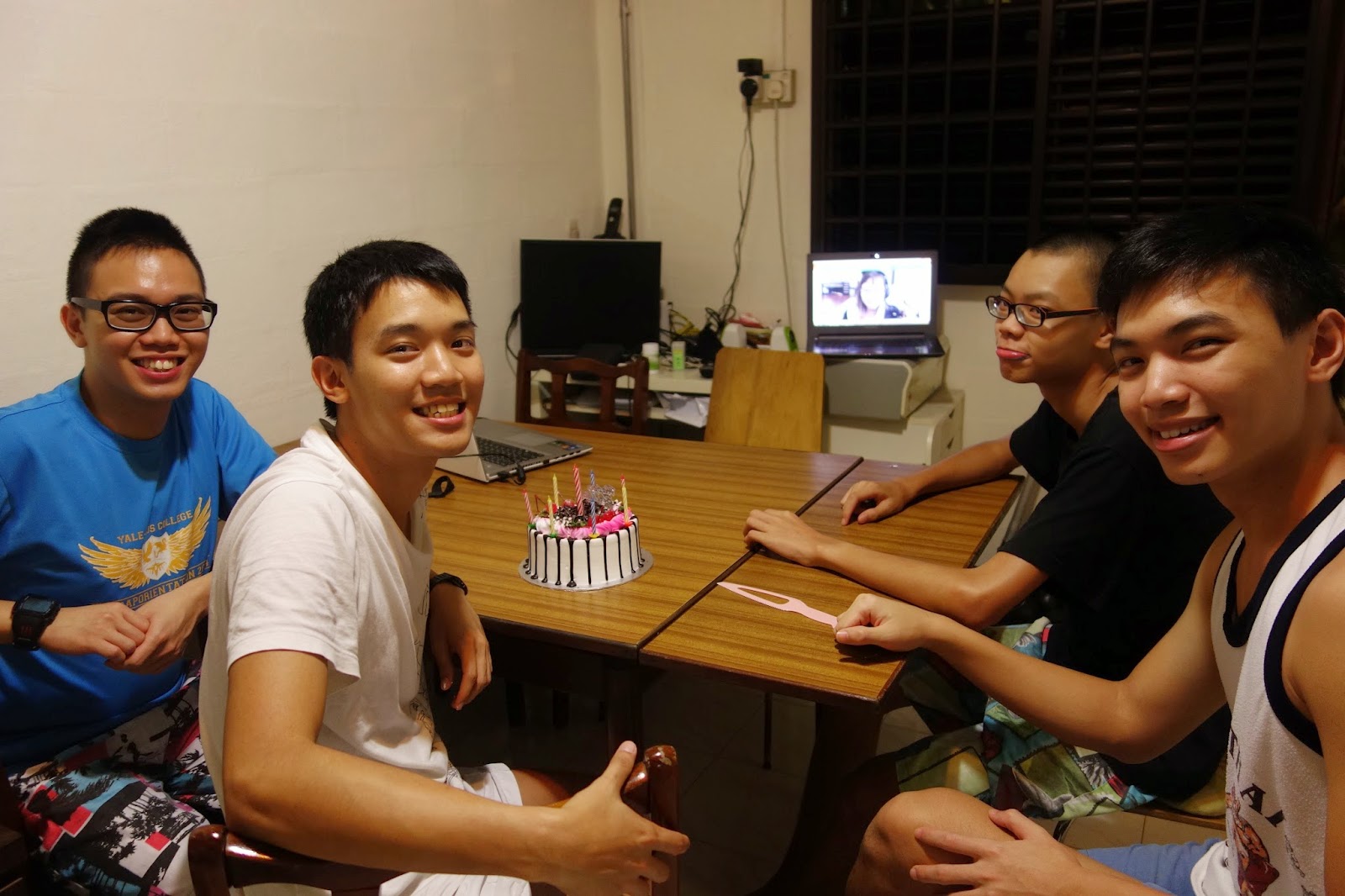 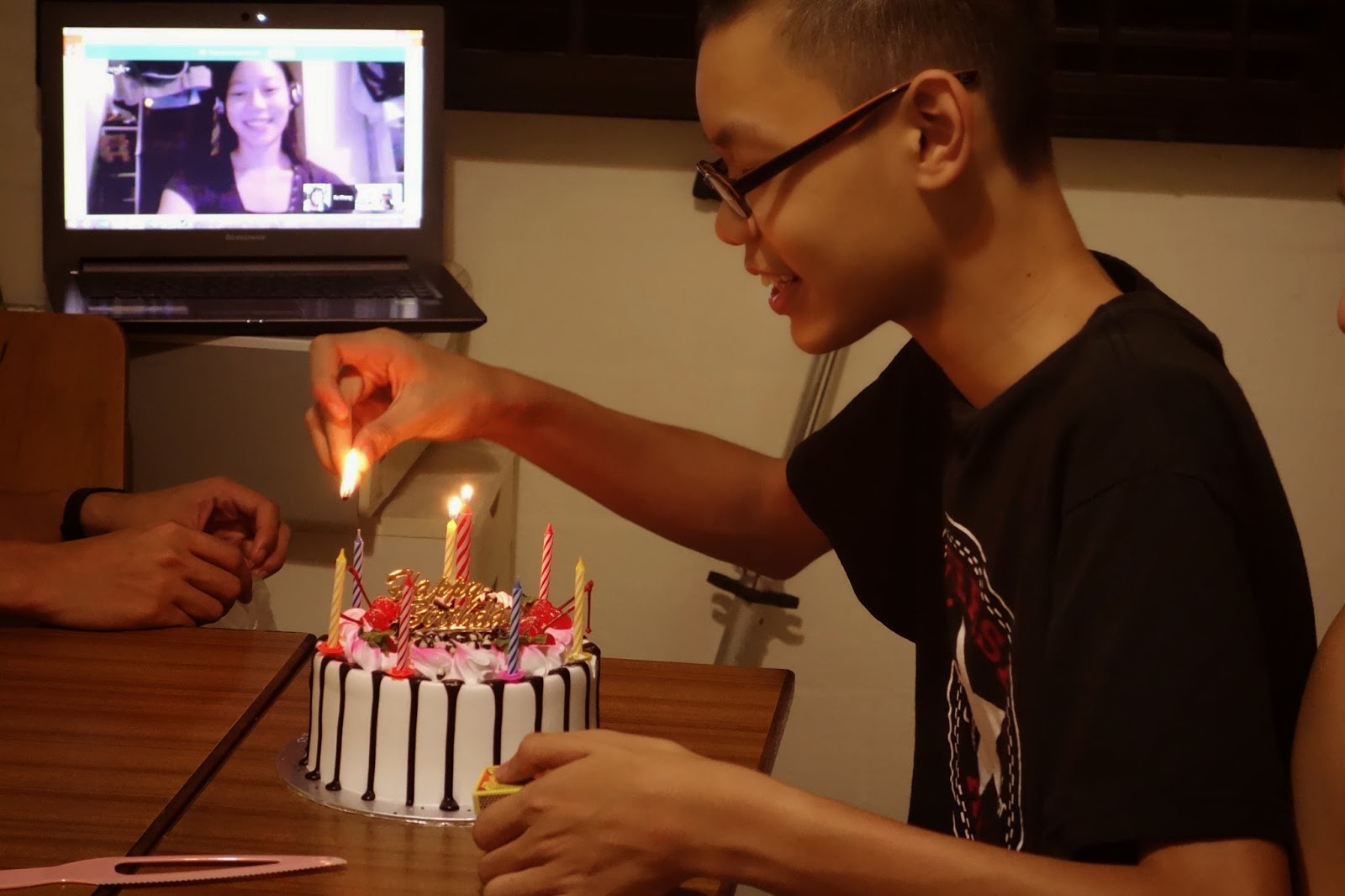 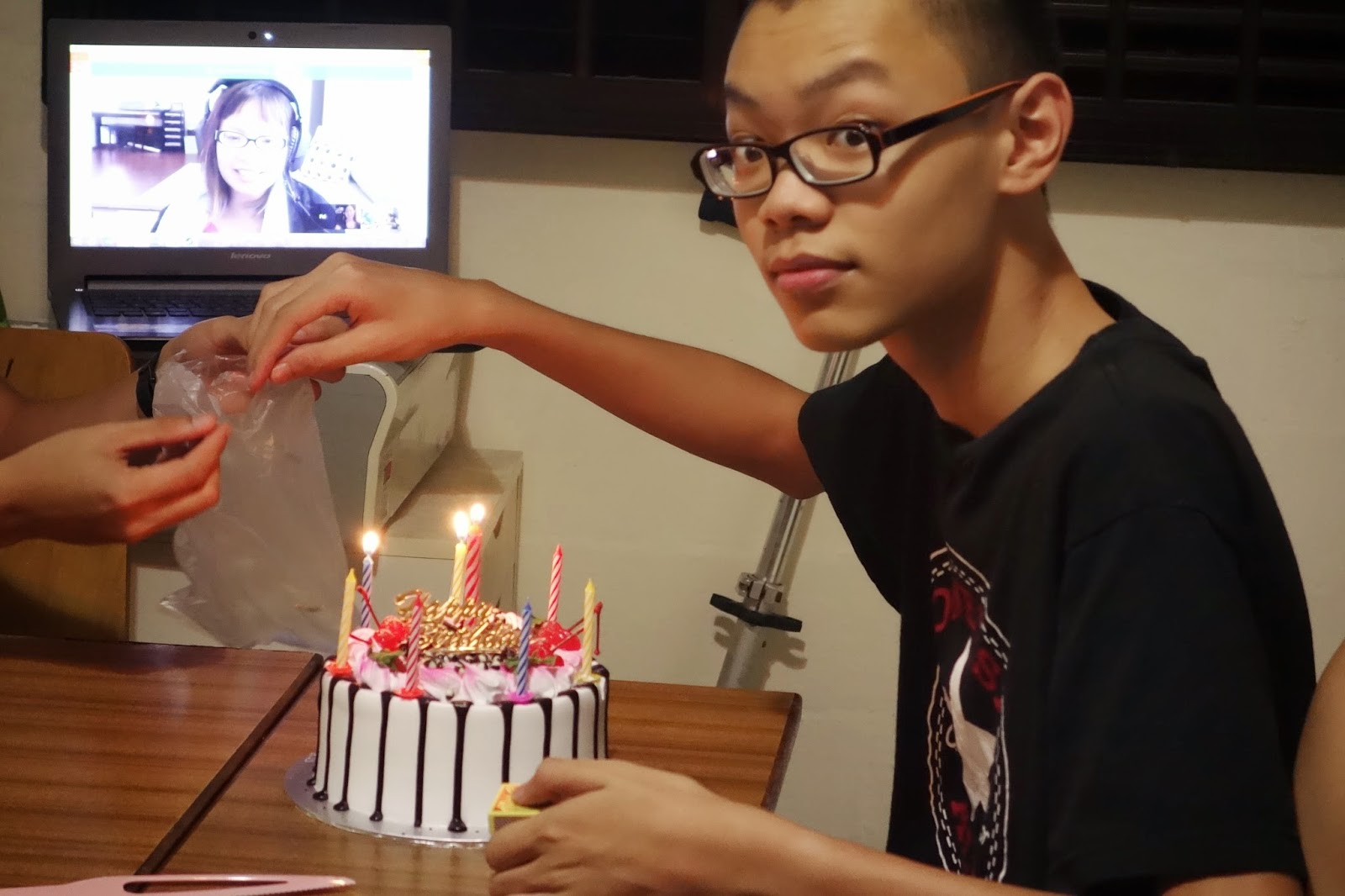 Here is how it sounds :


In the Birthday song, at the part of saying Ray's name reflects the multiple names he can be referred to and the one that I like to mention is "MukuRay". This is a classic example of how a silly name like 'Muku' became a name that is now regarded as an affectionate name for the family who has used it to insult another by saying, "You Muku!" meaning "You Stupid!" I asked Ray if he remembered who gave it to him and apparently it was his sister Su!

The youngest seems to carry some affectionate names like I'm still called "Boynee" by my sibblings. It came from my parents apparently who used to shout out "Boy" in a restaurant to call me but when all the waiters turned their heads also, they added the "nee" to make it sound different from a shout that is commonly used in Asia to call a male waiter! haha 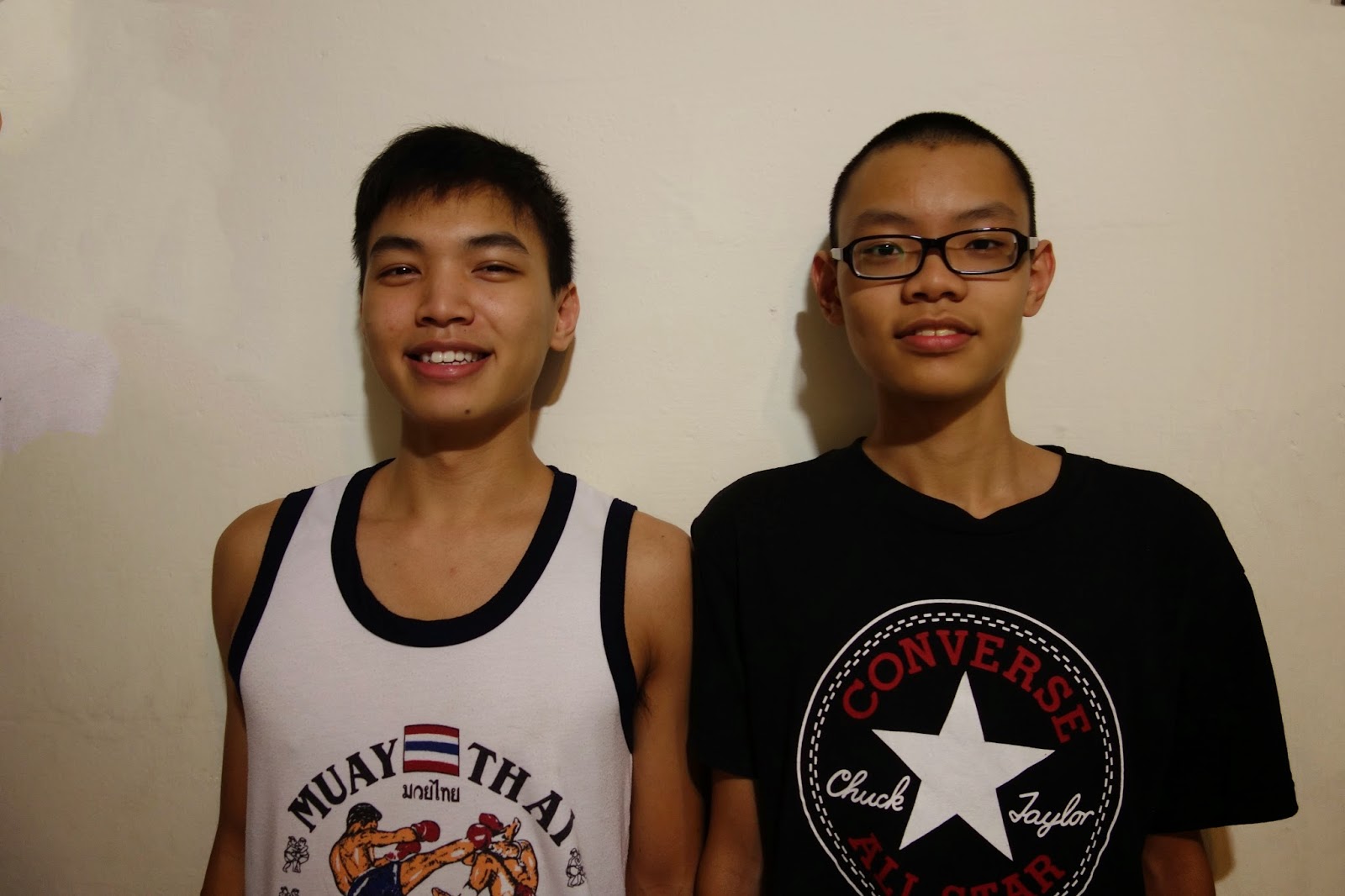 On the next day after Ray's birthday, facebook was still giving me notifications on likes of my new theme profile photo of Ray put up since his birthday a day ago, to show over 70 likes! Hmmm.... should I add this to my Story of 7? 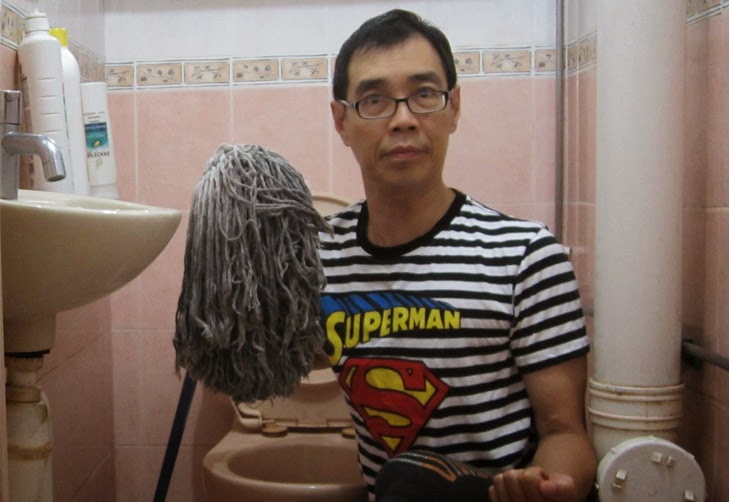 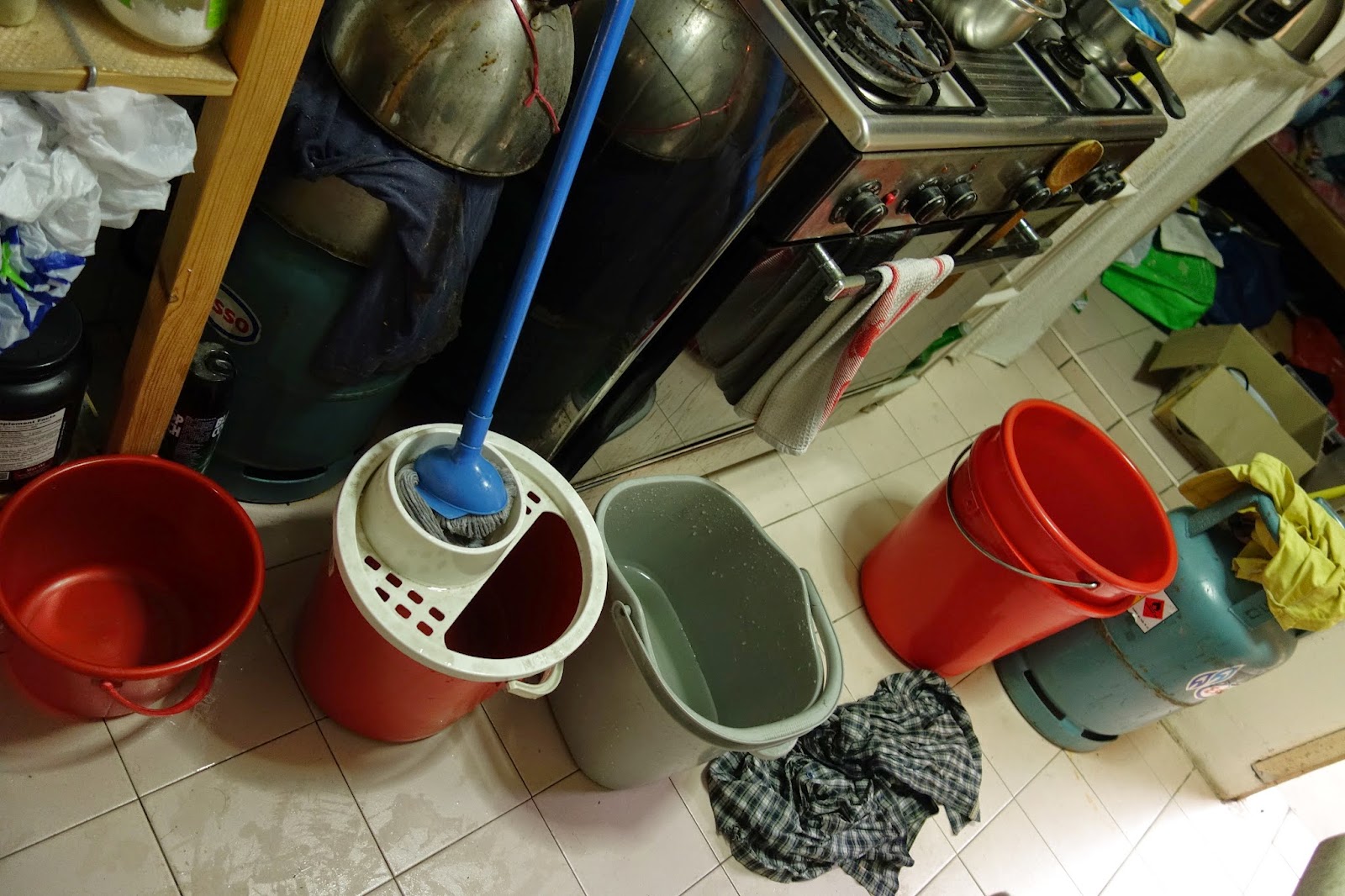 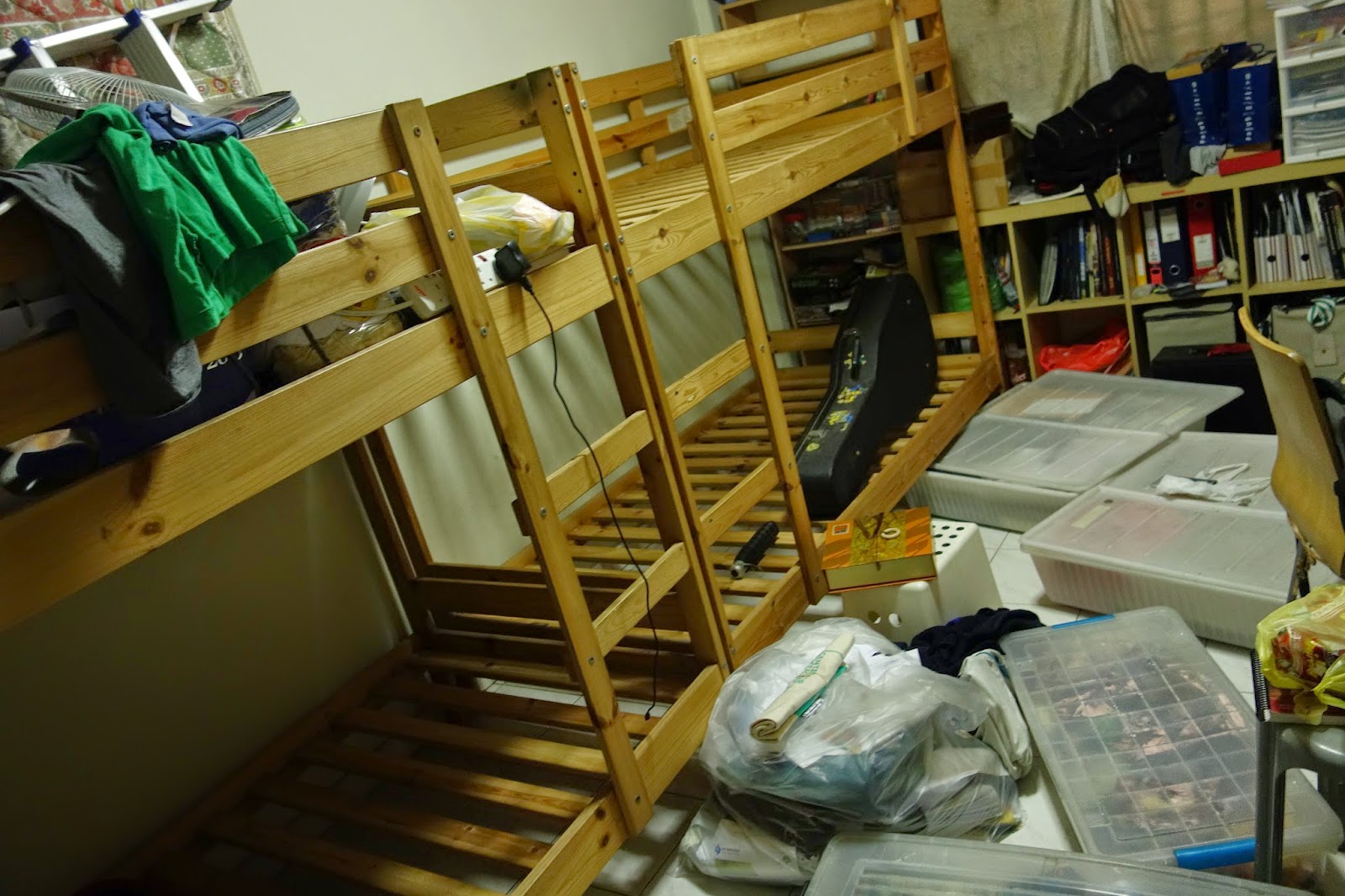 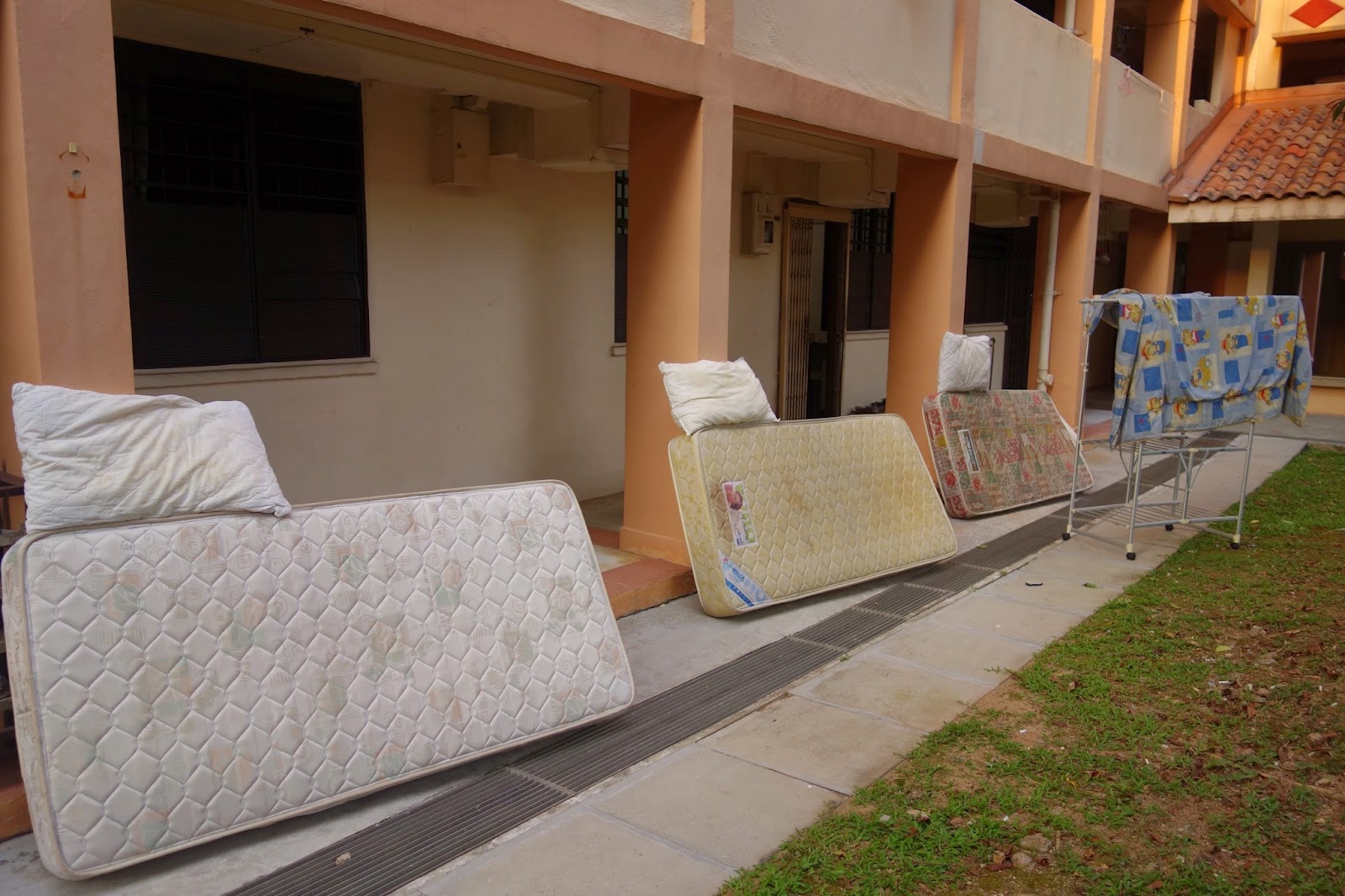 Looking back after all the marketing, preparation, cooking and cleaning, not forgetting photographing, videoing, editing, uploading and blogging, Mr Mom feels glad he has the Superman spirit with him to be able to help keep the house in order for the boys and our family journals in Singapore too! 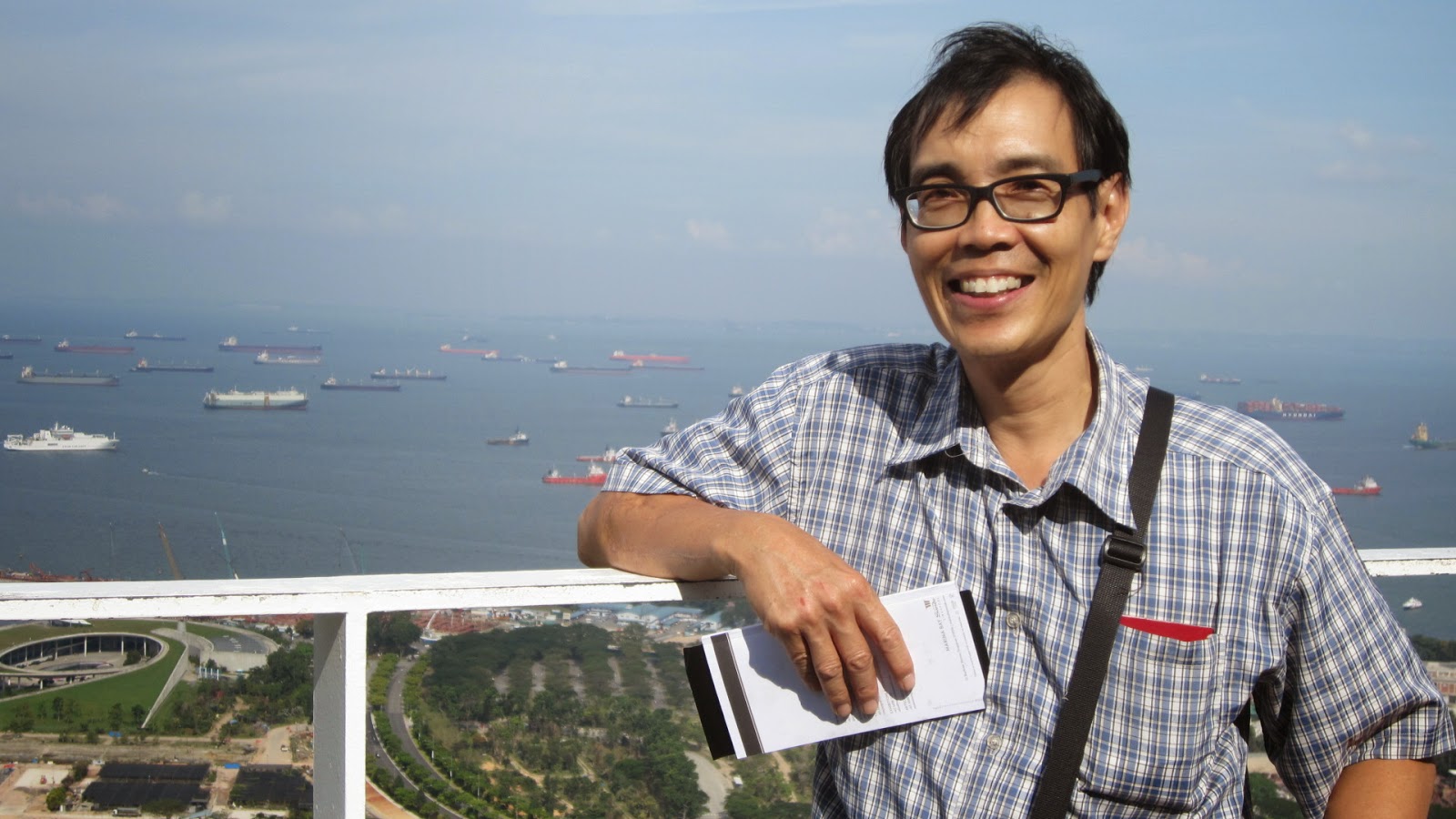 Coming up next, the Birthday of our Army boy in the family.... 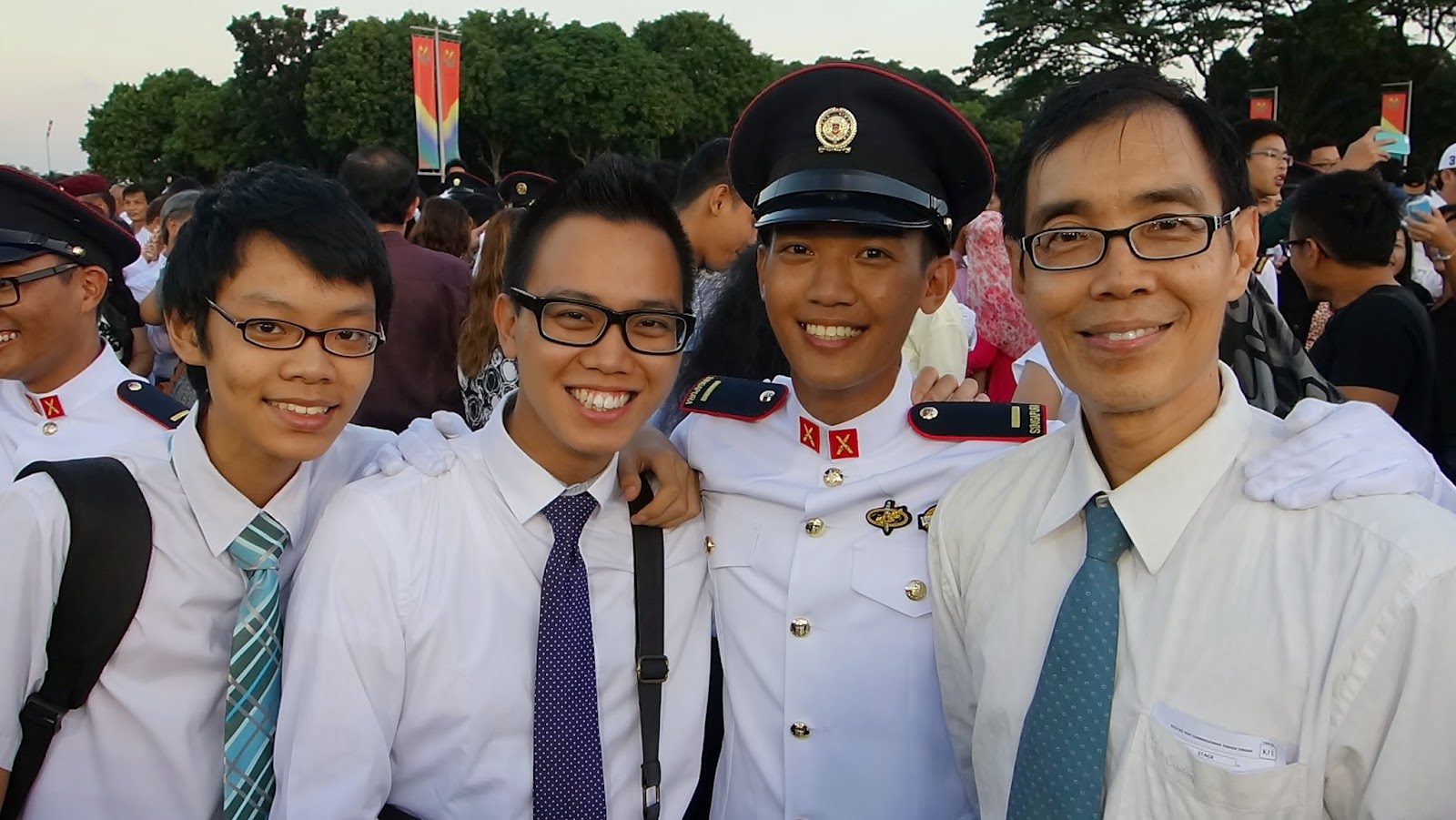 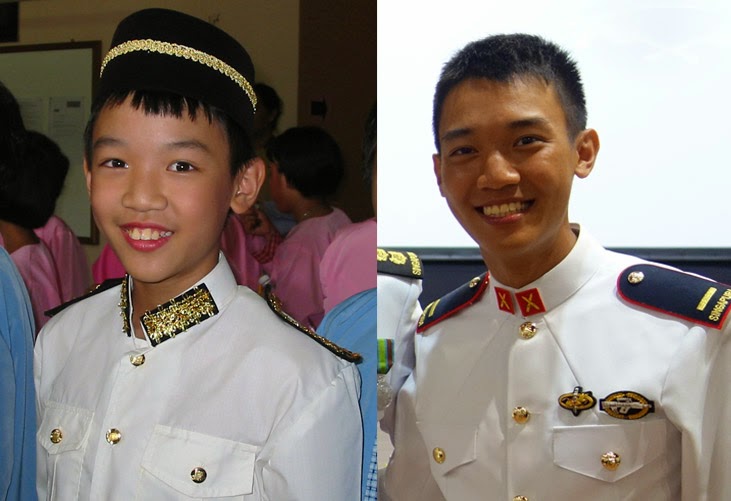 Destined to be an officer since young!

Let's celebrate his birthday with parade music and marches! 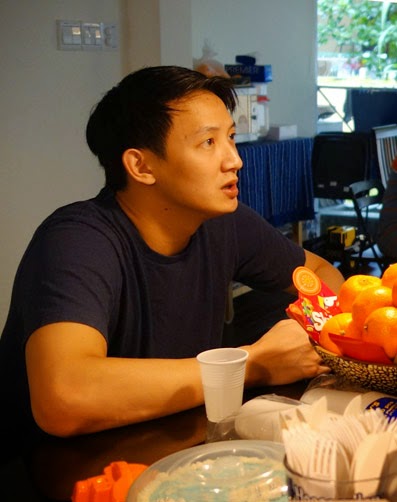 Shuan has a cousin Woon Fern who also shares the same day for his birthday. Happy Birthday Woon Fern!

Shuan's birthday celebration was part of a Church Single Adult gathering. He didn't have time off to return home this weekend due to his duties as a platoon commander at the Basic Military Training Centre on Tekong Island. He was just able to take a short time off to participate in the Church activity so I joined the group just in time when he was ready to cut the cake and rush back to camp! 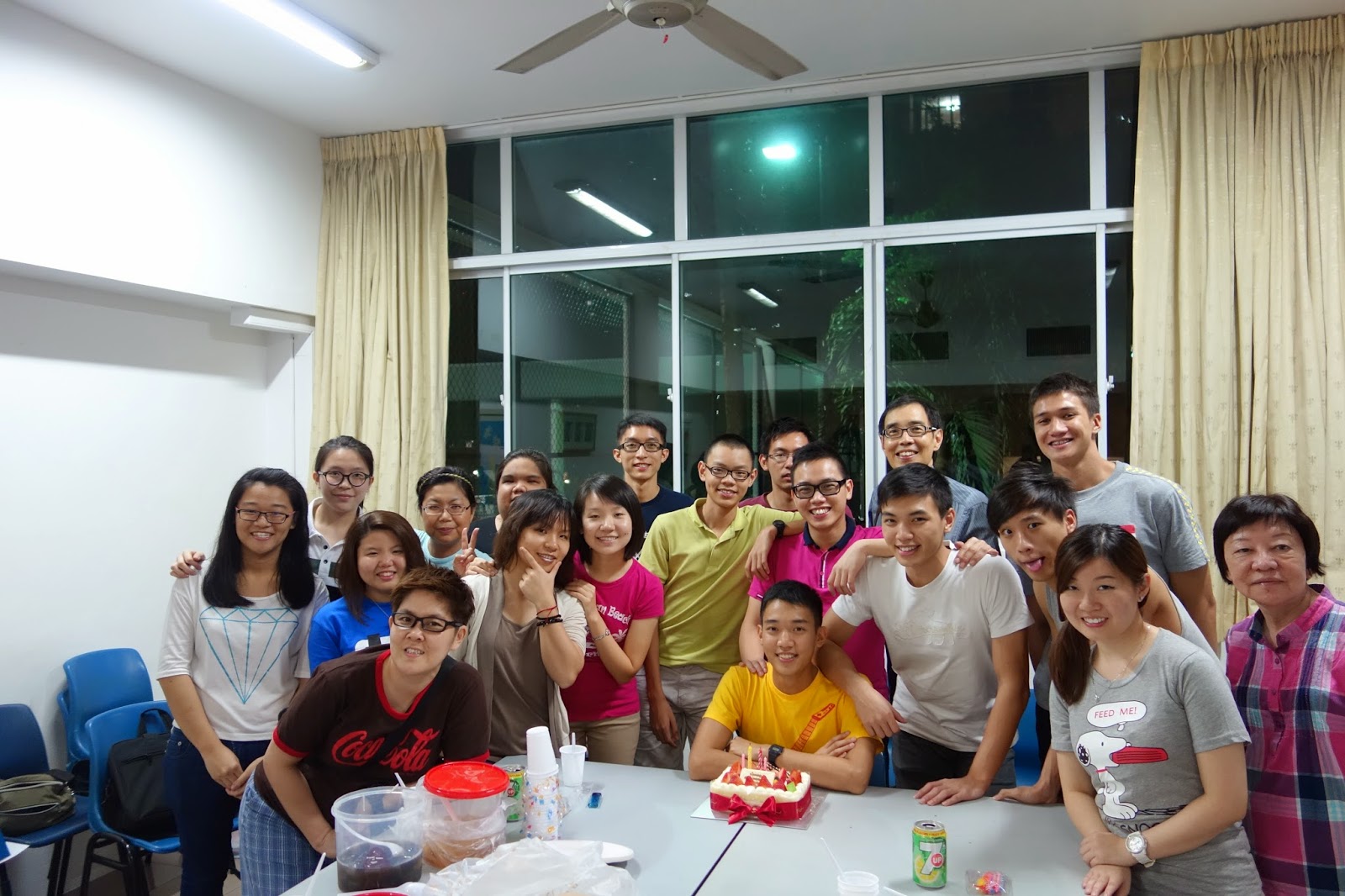 After we sang him the birthday song, we took a group photo above. I used the photo as my new profile photo in facebook, signifying that it is the last birthday celebration for the year for our 'nuclear family' members. My facebook cover image also changed accordingly :

I created a special video clip above on occasion of his birthday. 'It is Shuan and not Shaun", our army boy would often clarify when he introduces himself to someone new, especially a Westerner! I decided to use a fun western birthday song for Shaun in making a fun video clip for Shuan's birthday. 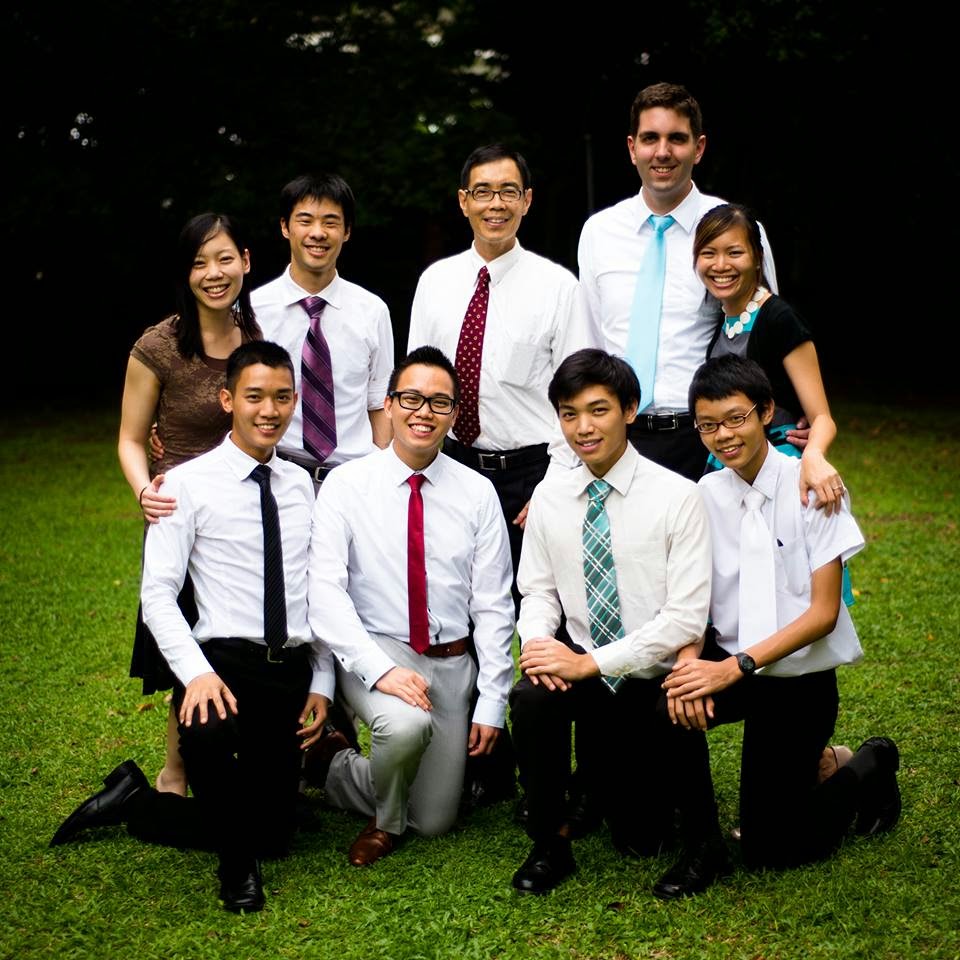 Yes he is one of the family standing to the right of me, the love of Su, with multi-talents that many great photos of our family comes from his camera. Happy Birthday Jay!