Fight Racism and Bigotory with more Kindness, Compassion and Resilience

Yes I'm inspired today as I am in most other days but today is special. It is Wesak Day! It celebrates the life of Buddha, a Great Man who enlightened the world because he lived and was unafraid to share. He had enlightened me in my youth, as recorded in the writings of My Heart and Mind, that led me to a more optimal way of life from that time on-wards. Such inspiration, when I get it and like to share with the world is immediately posted to facebook in pics as follows : 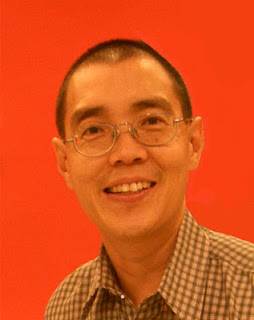 ...and my appropriate profile pic for the occasion.

Buddhism though classified by the world as a religion is more a way of life with the noble eightfold path prescribed by the Lord Buddha as he was enlightened. I recall the time when I was in school that whenever there was a form to fill for personal details requiring a religion to be written, I would always write 'Buddhist' and in my mind wonder why I would use that as my parents really didn't go to the Buddhist temple. I was never even taught the Buddhist teachings and religion to me was more about my mother praying to an idol and was asked only to hold the joss sticks to pray just on certain religious days. However I was raised to think good thoughts and do good things and that pretty much covers the objective of most religions of the world including Buddhism. The rest of our time in the family, my father led us focused on acquiring education and knowledge for a good career in the future which was the primary belief of my father if I could say so.

Of course I had raised my family or the next generation in not exactly in the same path my father did. Nevertheless education or acquiring knowledge was something etched into me and even though I had finished school and qualified to become an Accountant as my father had wished, I still continued my life-long course of learning and personal research into many other different fields. In the field of brain science, it is interesting that I found several scientists from the west to believe in Buddhism. In fact the meditating monks have been wired to instruments to study their brain patterns to contribute to many findings that we now know about the Brain and the Mind.

Here is an interesting video to watch shared by a monk who is a scientist :


There are psychologists such as Daniel Goleman who became renowned for his book entitled, "Emotional Intelligence" who also seem to be researching on the relationship of Buddhism and mind development as can be read here. Meditation is an area of his early studies and he had experimented on the varieties of meditation modes and over the years have settled to a Buddhist method known as mindfulness.

In recent years I came across new writers on the Brain, Mind and Relationships such as Daniel Siegel when I saw him in Ted Talks, followed with buying his book entitled "Mindsight" where he explained the 9 functions of the pre frontal lobes or cortex based on latest brain research. He concluded that integration of all the functions was a key to enable one to possess the attributes of Kindness, Compassion and Resilience which would make up what one would call a healthy mind! I was impressed with his book and presentation that I continued to subscribe to his online courses at the Mindsight Institute.  We can see him in a joint-workshop with Jack Kornfield, a world renowned expert in  Buddhist Psychology here.

So Buddhism as an age old religion or way of life has been associated to neuroscience and what science is saying is that an integrated brain results in the attributes of Kindness, Compassion and Resilience. This knowledge I believe has a solution to the problem I'm unraveling in my beloved country of Malaysia in it's political scenario as described in my blogpost on the day of the country's 13th General Election. We need to promote more Kindness, Compassion and Resilience among the multi-racial and multi-religious community of the country to derive an optimal integration of it's people. We cannot let a small group of political leaders with strong influence to play the racism card to gain personal power at the expense of the country becoming more corrupted and divided which will destroy the peace and harmony that has always existed traditionally without their interference.

I posted this to facebook to be shared to all Malaysians to fight Racism influence in the country : 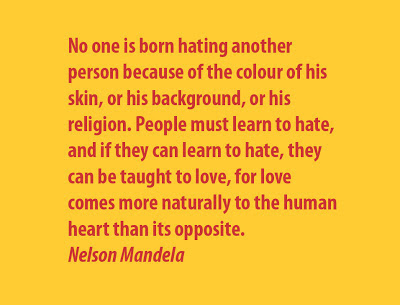