Father's Day 2012, Celebrating the joy of Others

I posted on my Facebook wall on this day, "CSF Dragon Thoughts : When we're happy celebrating the joy of others, we forget ourselves. On Father's Day 17 June 2012"


On this Father's day, my mind and time has been filled with several packed 'back-to-back' activities of joy involving several of the family members. When I arrived in Spore past midnight after celebrating Ern's birthday on Saturday in JB, a border town of Malaysia next to Singapore, I woke up on Sunday morning totally forgetting about Father's Day itself until I saw Fei's, our oldest daughter's, wishes to me on facebook! I was on a rush to be back to JB to attend the JB Church branch conference where Han our oldest boy would be attending as he is stranded there for another 3 days before being able to return back to Singapore! After that was to rush to the Changi Airport in Singapore to pick up Mom and our 2nd daughter Su with her husband Jay. So what's the full story?

Well as the 'Be-There-Dad' I have been celebrating the joy of so many of our family members! It's probably a side-effect of Mom's somewhat prophetic comment after her birthday in April, posted on her facebook wall, "... I had a wonderful birthday and the celebration is still not over yet! Cheers!!!!"

So week after week there was something to celebrate about and that continuous stream has been recorded in Mom's birthday post. The joyful events there include Su from US surprising Mom by showing up on her birthday in Singapore! Then there is Han receiving his mission call to serve in the UK as a missionary and being accepted to Yale-NUS college after his mission in 2014. Soon Mom's brother and his family living in US also came to visit us in Singapore. Then Mom and I also accompanied Han going to the Hong Kong temple of the Church for the first time. Not included in Mom's birthday post is celebrating the joy of our kids by being with them at the airport as they fly off to another land for various purposes :

Shuan the 2nd oldest who has been over to Perth in Australia late last year by winning a contest, qualified this year in March to fly to the Philippines, in a college sponsored trip for community service... .
...... and later another trip in June to visit Menlo College in San Francisco USA for an educational tour 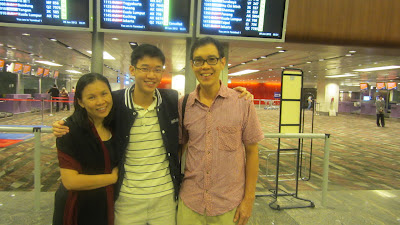 Even the youngest boy Ray managed to go to China in a school sponsored trip.... 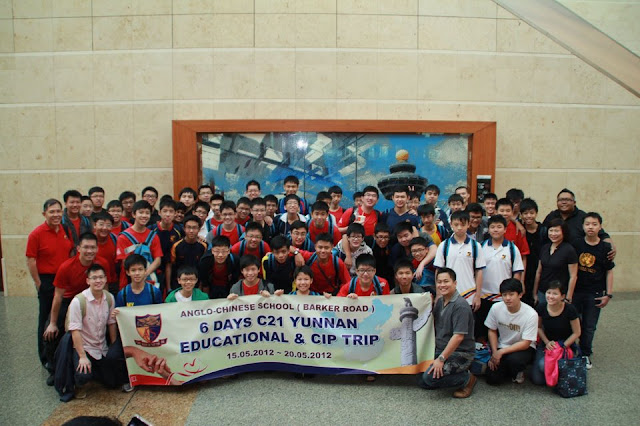 ... that is educational as well as community orientated as well.

Just before Father's Day, we had Mom flying off to her ancestral home in Hainan island of China to meet Su and her husband Jay from US who are on their way to Singapore. Shuan was still away in San Francisco. Han had to leave Singapore as the immigration dept could only let him return to the country 7 days before his flight to the UK for his mission. Ray followed Han to KL as it was his school holidays. Ern was left alone in Singapore as he was having extra classes during the holidays to prepare for his O level exams. As it was his birthday on Sat June 16 and Mom with Su and Jay arriving to Singapore the next day from Hainan, all of us in KL would drive down to JB to celebrate his birthday there. 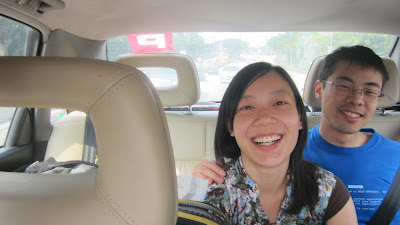 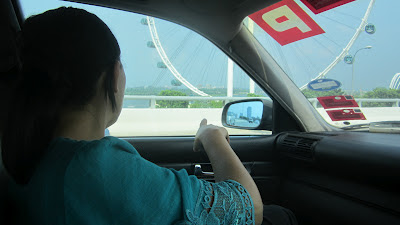 So while I'm the driver for the couple behind, Mom's the tour guide pointing out the city sights with a story From the airport, we managed to arrive after the Church meeting at the Clementi ward and had a linger longer session of food and refreshments in the kitchen as part of a Father's Day celebration. The remaining boys in Singapore, with Shuan away in US and Han in JB, were Ern and Ray who were happy to see Mom with Su and Jay again!

The day after Father's Day is June 18, the 1st anniversary of the wedding of Su and Jay. I celebrated the joy of their anniversary by continuing to be their driver to send them to the Singapore Holiday Inn as well as to Sentosa Island nearby for them to spend a day and night alone together on their special day.

Here is a video clip that I made for Su on her 1st birthday after being married. It's something I love to do as I celebrate the joy of others with a work of my heart. My joy on Father's day is indeed really a celebration of the many joyful events of my family members and my cup is indeed overflowing on this day!


Besides celebrating the joy of others in the family, I took some time to have lunch with some old school mates who are in Singapore, enjoying our long time friendship and yarn over topics of the day. 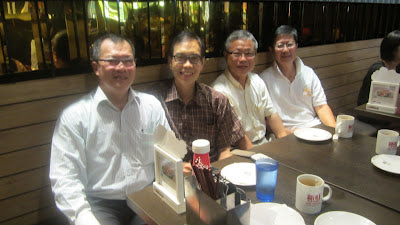 Here are the fathers of today in Singapore who were formerly care free students of St John's Institution in Kuala Lumpur, from left to right, Stephen Chiam, myself, Lim Chee Hoo and Harold Quek. Missing from the photo who came late is Patrick Wong. Others who couldn't make it due to work are Bob Toh due to company meeting, Lim Sim Seng being away in Tokyo and Wong Kien Mun flying an SIA plane somewhere in the skies.

From Father's Day of 17th June, Su and Jay will be in Singapore and Malaysia till 5th July, visiting family members on both sides of the border. Photos and videos of their time spent on this trip where Dad is their chauffeur and part tour guide will be found in the next post.