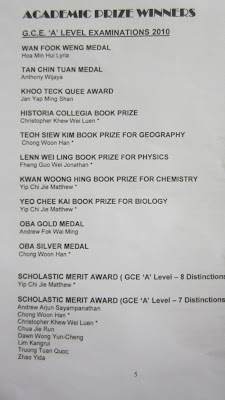 Seen here is Woon Han receiving the 3 awards on stage :

The following photos depict the spirit of the event especially when everyone began to sing in the next video below. I especially zoomed in on the logo of ACS with the words "THE BEST IS YET TO BE" 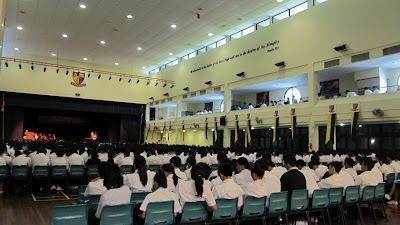 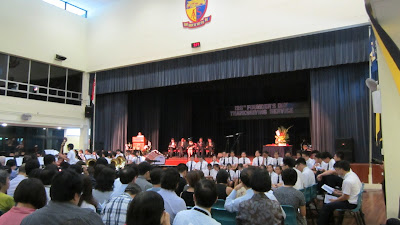 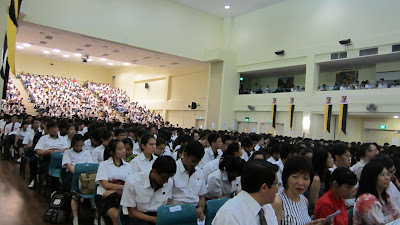 After all the prizes were awarded, the winners and parents proceeded to the reception area for refreshments 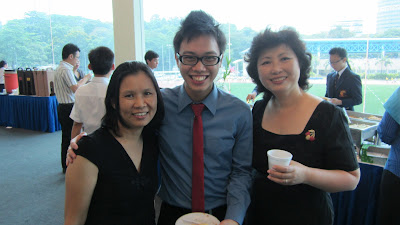 It was nice to meet up with the Principal, Mrs Kelvyna Chan, whom we had met the first time in Sep 2010 when Han also received 3 awards, but of a non-academic nature, in the ACJC Honours Night. 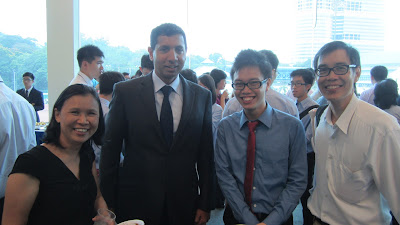 We also got to take a photo with the Vice-Principal, Mr De Souza 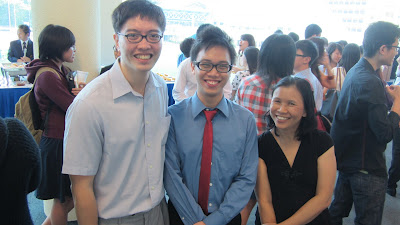 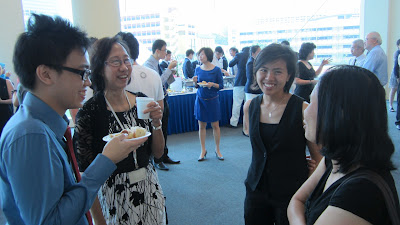 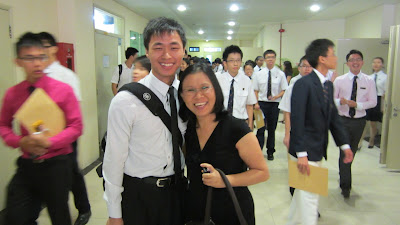 Here is Nguyen Tuan Anh from Vietnam where Mom was his parent mentor when he was a student in ACJC.  He was also an award prize winner today. 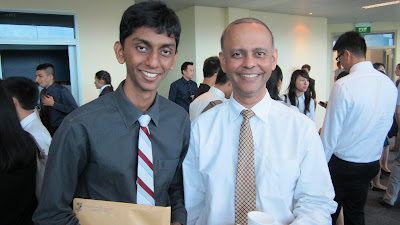 Another prize winner is Andrew Arjun Sayampanathan on the left with his father. Andrew, Tuan Anh and another friend Law Zhe Wen who also won a prize (not captured on camera today) are close friends with Han who were last seen together with the family on Han's 21st birthday dinner. 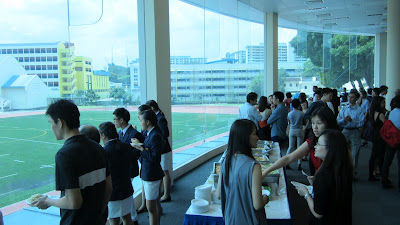 There reception area had a nice view of the sports field of the Junior College. I enjoyed the view as well as some precious time in which I had a chance for a one-to-one chat with the Guest-of-Honour, Bishop Dr Robert Solomon of The Methodist Church in Singapore. He was very well aware of our Church and buildings being in 253 Bukit Timah road and the new chapel in Sengkang/Compassville.

Woon Shuan who recently went to Perth Australia as a prize in a competition that he won is leaving next Monday to Philippines as he was selected by his college to go there and to California USA later in June due to his consistent top academic results. Latest college results that came out in the first quarter of 2012 showed he scored a perfect GPA of 4.0! Post dated photos of his 2 week trip to Philippines is found in his facebook albums starting with day 1 here. Below is the photo he took with the Mayor of Libon where his team from Singapore was assigned to render help in the community. The two older boys are certainly setting a challenging pace for the two younger ones to catch up!

On the same day in the evening at home, the 3rd oldest boy Woon Ern came home at dinner time. He had a sports day event in St John's Institution(SJI) that we couldn't attend due to Han's Founder's Day event being held in the same morning. He was happy to announce that he too had won a prize : 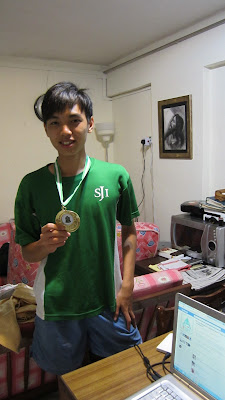 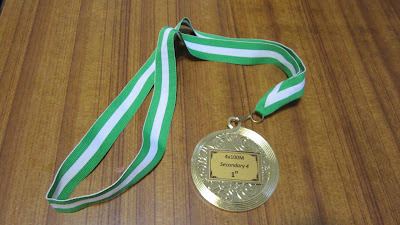 He had won a 1st place gold medal 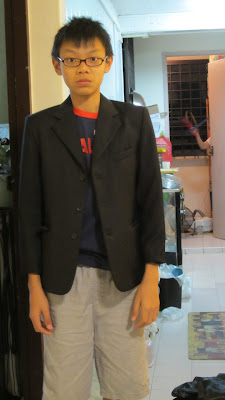 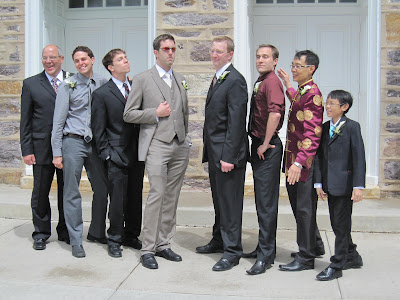 .... which was for Fei's, his oldest sister's, wedding as seen in the photo above. This proves that he is catching up fast with his older brothers, at least in body size as the coat fitted him much better then!

How about Mom and Dad?  As for Mom, she doesn't have to prove anything more as giving birth to and raising 6 children itself makes gives her the biggest trophy of life besides others she won along the way.

Well as for Dad, he has learnt to be a Singapore Kiasu king so he walked into the Toastmasters club near home on this same week to receive this.

Post-dated Event : Han had received confirmation that his application to the Yale-NUS university in Singapore has been accepted. Refer to this journal post that covers his mission call with links to his acceptance to the university.

27th Mar : With Shuan scoring 4.0 in his GPA college results and the latest news of Han being accepted to Yale-NUS university, it called for a family celebration as the following photos and video depict : 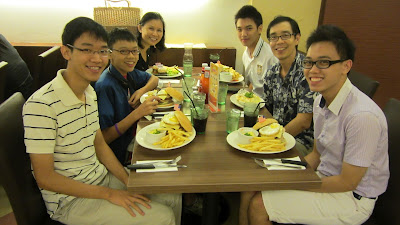 Everyone had a sumptuous meal at Swensens in Singapore 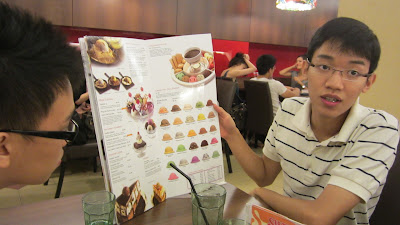 Then we had to choose our ice cream dessert