Ushering in the New Lunar Year of the Dragon 2012

Chinese New Year seems to come so early right after Christmas and the English New Year this time round, being on January the 23rd and 24th

Besides the usual family reunion dinners and visitations of family members and friends, there were special highlights to be noted.

In Kuala Lumpur, right before everyone would take leave to head back to their 'hometowns' out of the capital city, a special reunion of my former missionary companion and I with our first convert that we taught took place. 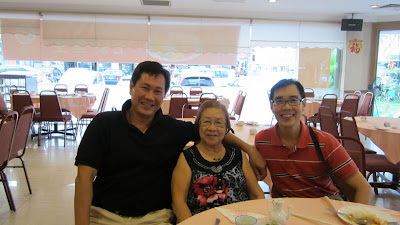 David Soon came down specially from Penang for this planned reunion. Patricia Cheah was happy that her two young missionaries of 31 years ago, now in their 50s are close to her again who is in her 80s. This reunion fortifies my belief of forever friends. How we got to know her is recorded here. 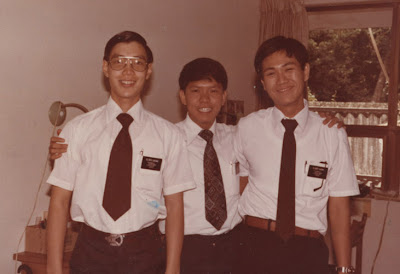 David Soon and I were called to the Singapore Mission in an unforgettable manner which is recorded here. 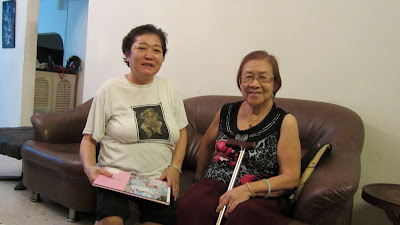 After our dinner at a Chinese restaurant in Kota Damansara with Sis Patricia Cheah, we could visit with another member significant to us in our early mission days, staying nearby at Taman Tun Dr Ismail. She is Sis Julie Teraoka, a Malaysian member who married a Japanese and came home during our mission period who treated us lunch at a Japanese restaurant. I guess missionaries never forget those who feed them! 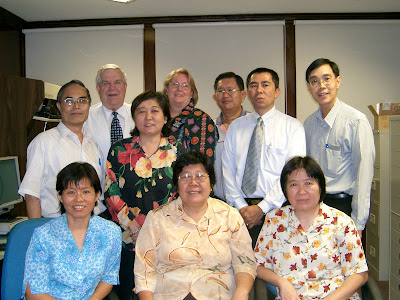 
3 days before CNY in Singapore

Even the great celebration of Chinese New Year does not drive away all ills of this world. Geok Lee continues her visitation to the hospital while another Church member, a returned missionary named Jeff Lee from Johore Bahru branch had to be warded for an unusual problem known as Crohn's disease 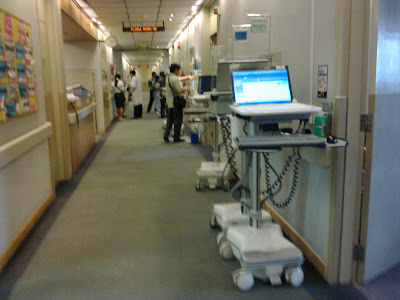 I walked the corridors of SGH to meet this Church member for the first time. Simply through facebook, I got to know him as a returned missionary from Johore Bahru, across the causeway, who also came to SGH for treatment. 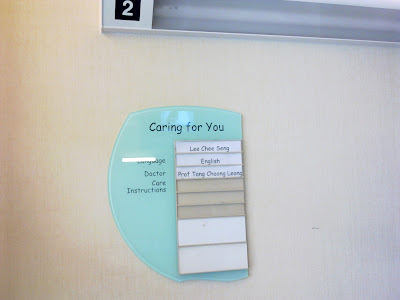 I am sure the hospital was doing all they can for him and I further turned to to our facebook group of returned missionaries from Malaysia or those who have served in Malaysia from overseas to call for united prayers for him. I did this as I sincerely believe in the power of united prayers to help the sick and afflicted. 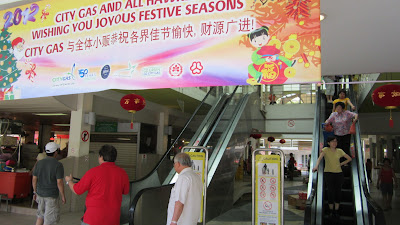 As time quickly drew close to the eve, activity in the local neighborhood market heightened 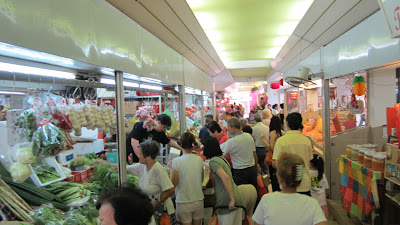 We joined the crowds of people stocking up meat and vegetables for the special dinners and lunches to be served over the Chinese New Year celebration. 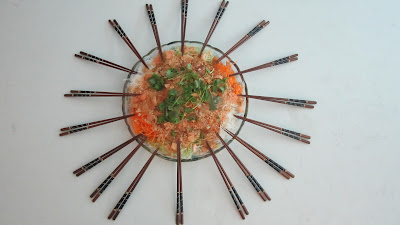 This year, as the eve of Chinese New Year fell on a Sunday, Geok Lee's family members decided to do the eve gathering event a day earlier on Saturday as many of the Thong's had become Christians and would be busy with Church activities on Sunday. 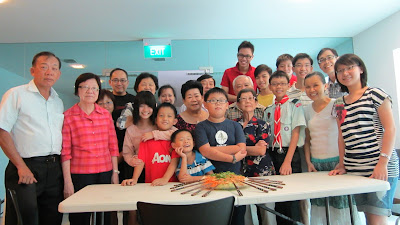 Here is the gathering for a reunion lunch that would commence with the tossing of raw fish as captured on video below. 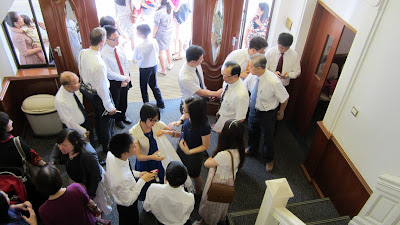 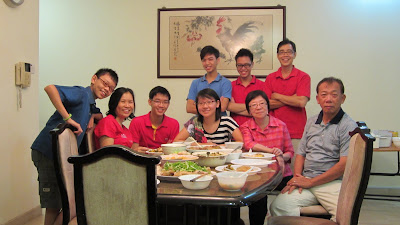 We spend a quiet dinner together just with Geok Lee's older brothers family on the official eve night. 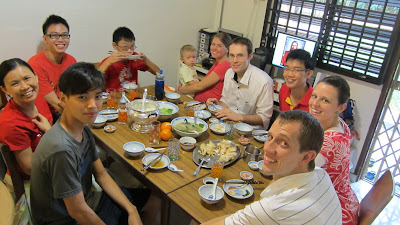 We had lunch for our special guests on the first day of the Chinese New Year, the Dixons (in the centre with the baby) and the latest member couple who moved to the Clementi ward in the Church, Amy and Brian Monson on the far right. 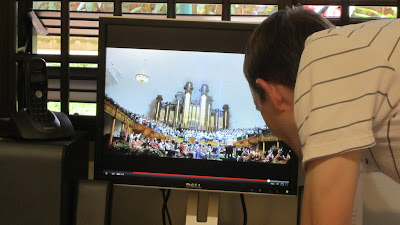 Here is Brian looking closely at a video taken in May 2010, when Geok Lee had a chance to sing with the Church world famous Tabernacle Choir in Salt Lake City, to try to locate where he was as he was a Choir member present at that time too! In a post dated event on December 2012, we can hear his great voice singing a Bass solo in a Handel's Messiah program for Scene 3: The Prophecy of Christ's Birth for the hymn entitled, "The people that walked in darkness". 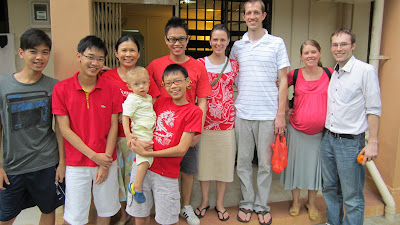 What a coincidence to have two couples from Utah in our home who didn't know each other before and yet they were both linked to our family in the events of May 2010 when we were in Utah for Fei and Christopher's wedding. You can read the journal post of those events here. 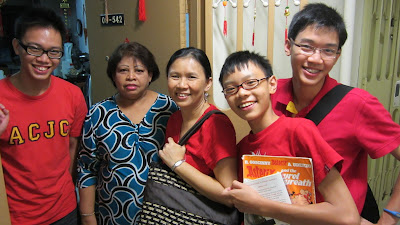 In the evening, we paid a visit to Pamela from our Church ward who cooked us delicious 'Nasi  Briyani', a popular Indian rice dish. 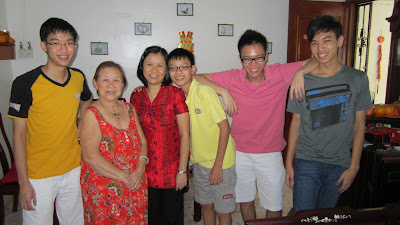 The whole family went to visit Patricia Cheah who had followed me to Singapore from KL to celebrate with her daughter's family.

The photos this Dragon New Year and others over the past years have been compiled in the facebook album entitled 'Nostalgia of the Lunar New Year' found here.
Posted by Dad the KL city kid at 3:45 AM

Are you still in contact with Julie? If yes can you share her contact number please. This is her old friend dr. noli wanting to keep in touch with her