The Never Ending Christmas Story continues from last year's story which can be found here. 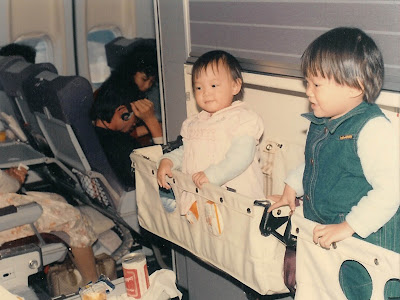 The Dec 2011 story starts off with the two daughters in the family. The two young girls made a vow to each other in mid-air one day.... 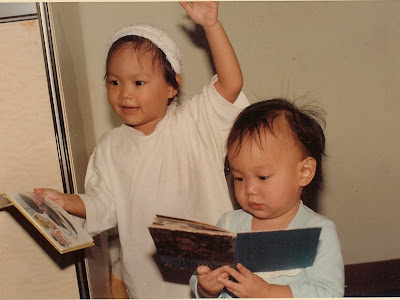 ...that when they are grown up, they will look for their true love no matter how far they have to travel 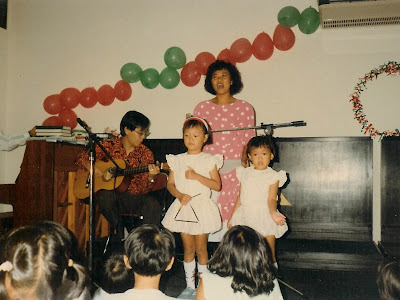 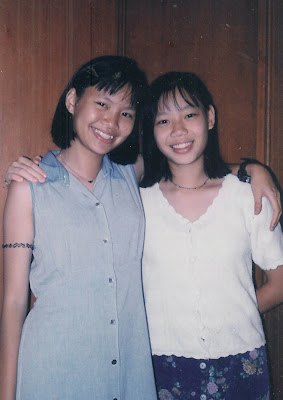 They would sing and laugh together growing up 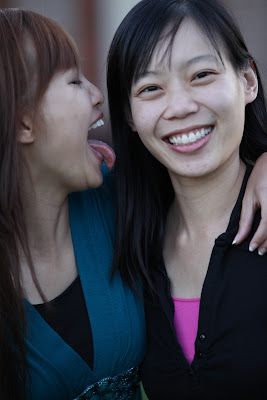 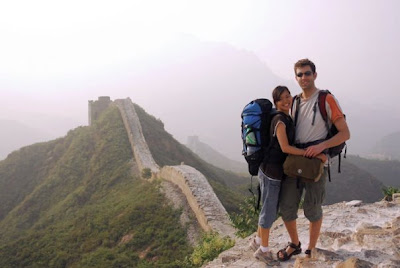 Now the older had gone to China to find her handsome prince. Instead of a yellow Chinese she found a white American! 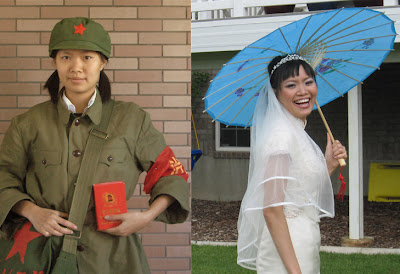 From a communist preacher, she became a beautiful bride in the summer of 2010, to marry in America 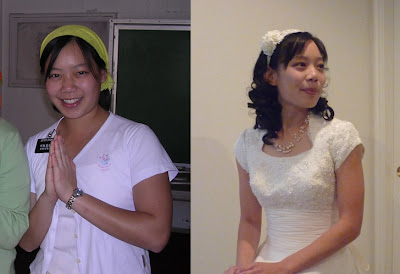 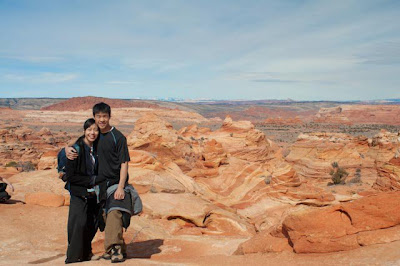 While in America she found her handsome prince. Instead of a white American, she found a yellow Chinese! 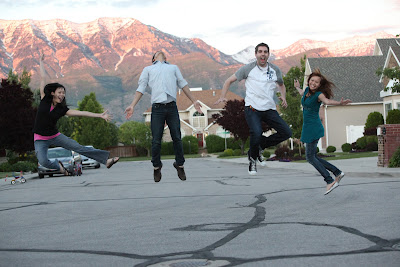 The four got together in America and jumped with joy! The bride to be wished all of her family in Asia could be with her on her wedding day 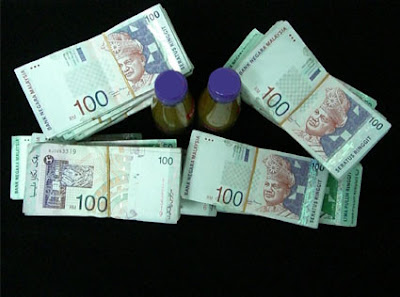 This would be quite a feat as it will cost a lot of money to fly all of them to America.... 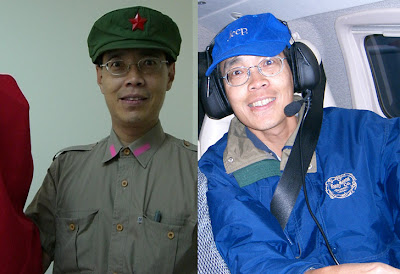 ... especially when Dad gave up communism in China to become an entrepreneur in America at the wrong time when the country was going bankrupt! 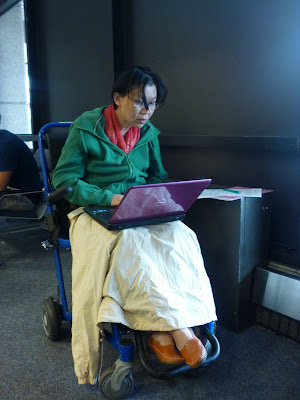 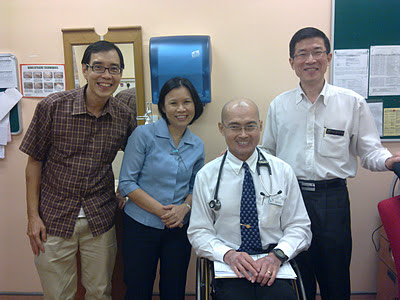 This inspiration must have come from a Dr William Tan on wheel chair that she met... 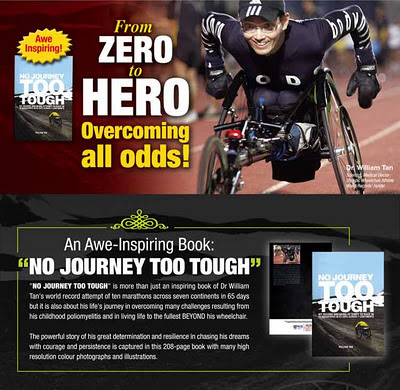 ... who has completed 10 marathons in 7 continents in 65 days and became the first person in the world to undertake a wheelchair push in Antartica. 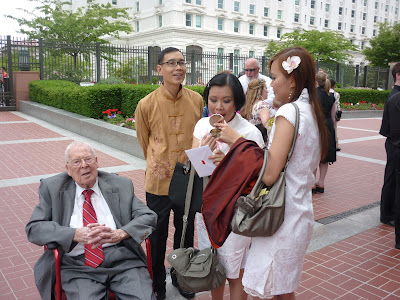 The miracle of prayers by many occurred where she made it & didn't need the wheel chair anymore to give it away to a 96 year old friend! 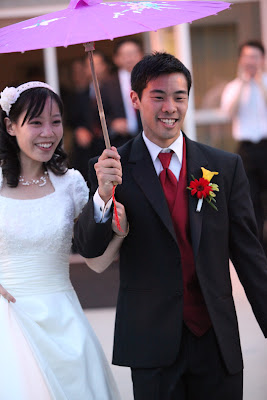 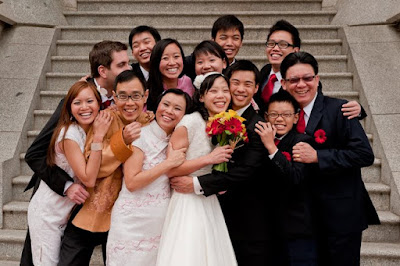 The bride fulfilled her dream of having all of her immediate family there, especially Mom, with her in America on her wedding day. 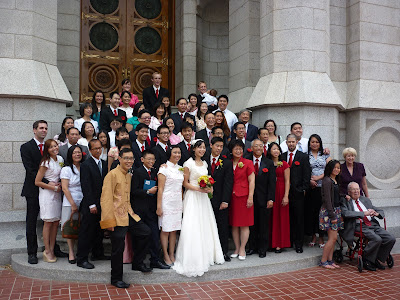 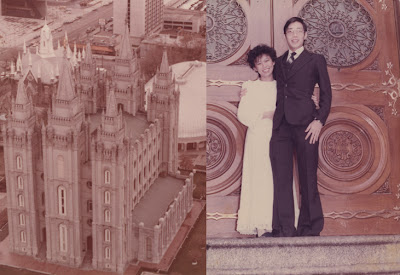 Due to the thin mountain air perhaps, the parents of the bride began dreaming that it was their wedding day in the Great Salt Lake Temple 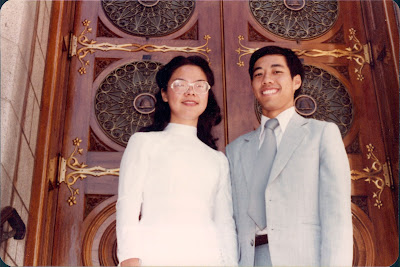 Even the parents of the groom began dreaming of the same thing. It's amazing what the thin mountain air up in the Rockies can do to a couple! 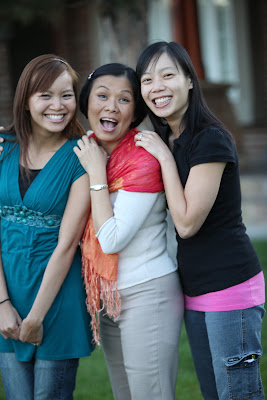 For a moment Mom expressed her sadness as she would be losing two of her 'Jewels' from home. 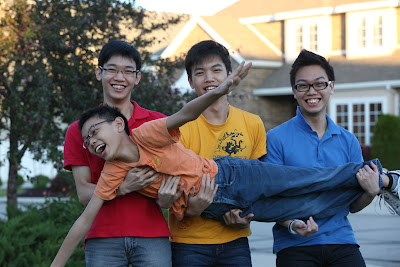 How could she manage the home without the girls, especially with the remaining boys who are always kidding around the house? 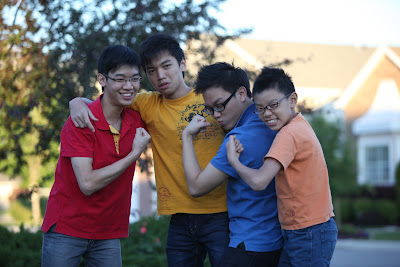 This made the boys get together to make a promise to their Mom by flexing their muscles in all seriousness saying, "Don't Worry, We can Do it!"

This made Mom feel extremly Good!

To see what follows, watch the continuation on the video clip below :

Please note that our 'Never Ending Christmas Story' is always part true and part fiction purely for entertainment. To know the real stories behind the real photos of the family, read the actual journal posts summarized here.

On Boxing Day, Patricia Cheah (Lee) came by our home in Singapore to visit our family. She was our first convert that we baptized on my mission 31 years ago in Kuala Lumpur. We had lost contact since she moved to Singapore to help raise a grandson and we are reunited again! 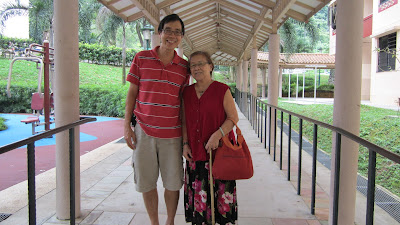 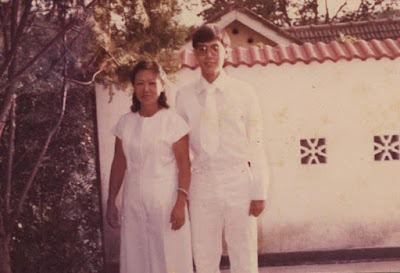 Baptism date on 25th Oct 1980. This is recorded in my spiritual journal found here. 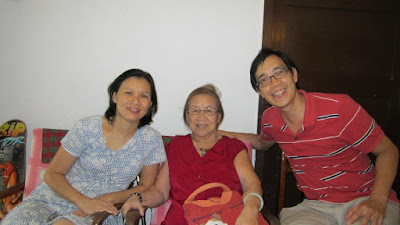 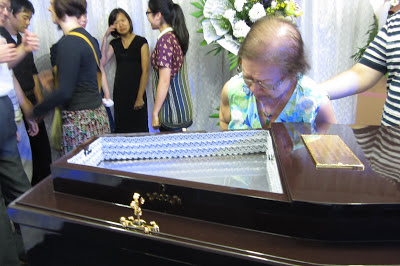 Pat Cheah even out-lived Mom seen in the above photo taken during the Church Funeral Service on 8 Nov 2012 of her looking into Mom's casket. 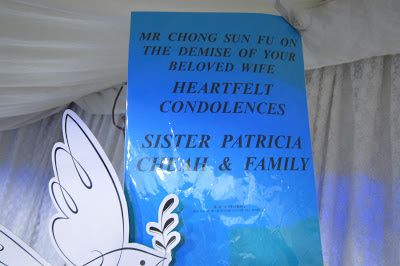 She was one of the first to send a bouquet of flowers received at the site of Mom's Wake
Posted by Dad the KL city kid at 8:35 AM