When Shuan celebrated his 17th birthday last year, Dad's reflection was that since he was not the first-born or oldest son or youngest in the family, he was often over-shadowed by the others who were either the oldest child or oldest boy or youngest child.

How quickly a year had gone by and within that year, maybe he decided to change his status of being overshadowed by other family members. He did this by first winning a scholarship from his College prior to entering the College and at the end of the first semester emerged with a perfect 4.0 GPA by scoring all As in all the 5 subjects he had undertaken! 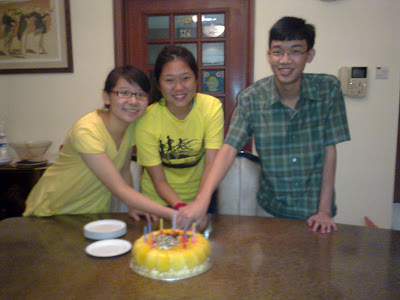 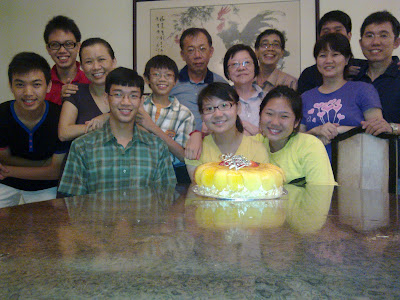 The family members of the three Nov babies stood behind them to take a memorable group photo together after singing the birthday song for them :
Dad had to head back to KL before Monday for business and the two younger boys on holidays could follow. Han is preparing for his A levels exam in a week's time while Shuan still had classes at his college with a different holiday schedule from the schools. Mom took the older boys out on Monday Nov 8th for a treat as that was Shuan's actual birthday.

Here are pics from Mom : 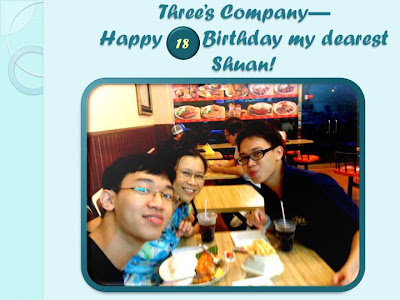 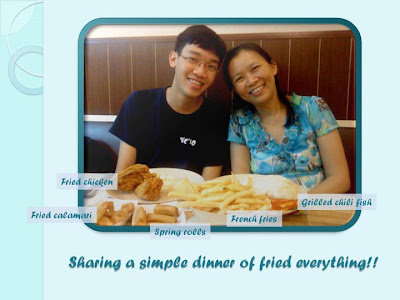 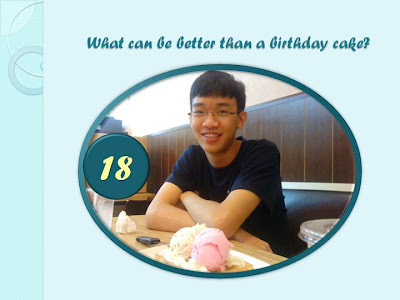 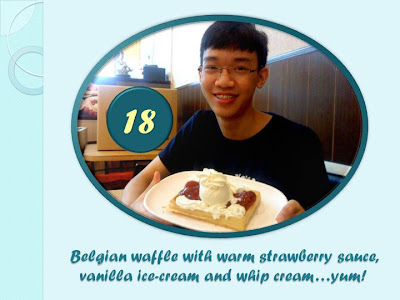