When I was a child, I was told the story of the Tortoise and the Hare that showed how a slow and steady tortoise could win the faster rabbit in a race. One might think the Tortoise became a winner purely due to the complacency of the rabbit who overtook the tortoise in the beginning but rested and slept midway thus allowing the Tortoise to eventually pass the rabbit and crossed the finishing line first.

It is interesting to note that our family had experience in raising tortoises and rabbits together when we lived in Kuala Lumpur as the pics below show : 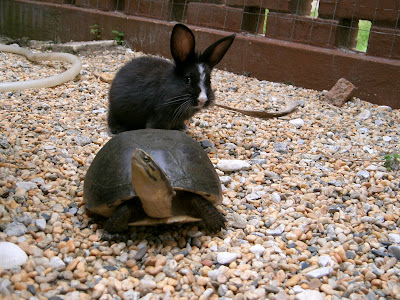 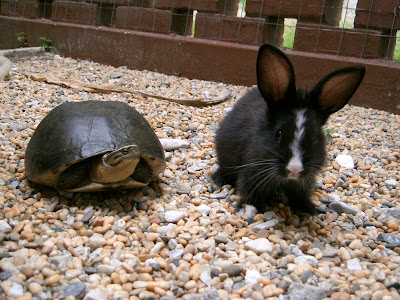 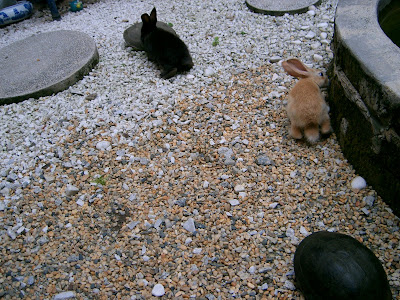 Remember in the Story, the rabbit only over took the tortoise in the beginning of the race and in our home as per the above pic, two rabbits went past the slow tortoise.

One day the family had moved to Singapore and we had to leave behind the tortoise and the rabbits to fend for themselves. Well several years had gone by and just today I decided to drop into the old house to visit the same indoor garden where the above pics were taken and here is what I found and shot on video :

In the race of life, it seemed that the rabbits had gone missing but the lone survivor and winner of life was the tortoise I had found. Do you think tortoises are intelligent after watching the above video clip?

All my life I knew dogs were intelligent as recorded in this blog post but I guess after today, I can confirm so too are tortoises or at least our tortoise!
Posted by Dad the KL city kid at 3:17 AM