Shocking news of a sudden death of an 18 year old!

The news quickly spread to the Church members in KL branch that Camilia Cross, daughter of Alan and Cora cross had died of a car accident in which she was just a pedestrian who was knocked down by another young woman driving! The driver took Camilia to a nearby clinic, spoke to Camilia's mom Cora as the doctor arranged for an ambulance to bring her to the hospital. Camilia underwent surgery at the hospital for apparent internal injuries but never recovered and passed away the following afternoon. Camilia had just turned 18 in February, a little child that grew up in the Church primary and youth program in which Geok Lee had been her teacher. 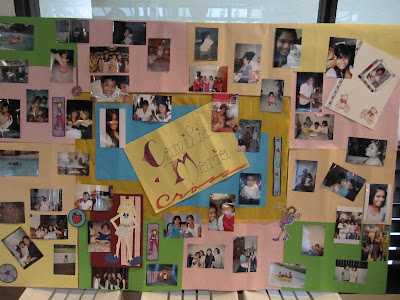 It's sad to lose any young woman or man. My mind flashed back quickly to the past sad experiences of other friends who lost their child and to my surprise it was always due to an automobile accident! The first was Alan Tay who was driving just near his home in Old Klang Road. Read about it here. Then just this year, my old mission companion lost his son Alton Yung, just 17 years of age, driving in Florida USA where they live. Read about it here and see the video created in his remembrance.

In Camilia's case, she wasn't even driving and was just an innocent victim by the roadside in a nearby surburb near her home, hit by another young woman driver. No details were yet known about what actually happened except that the driver did take Camilia to the clinic as there were no other witnesses in contact.

To have the Wake at the apartment was challenging at first as the building management were concerned that a Christian type event might not be conducive in an apartment occupied also by Muslims, related Alan the father. However one Muslim resident said, go ahead as it's the Muslim fasting month, a month of patience and tolerance and a group of Muslims actually came to pay their respects at the Wake held at the ground floor of the apartment building. The following photos were taken at apartment building where Camilia lays for visitors from near and far. She will be moved to the Church the next day for a funeral service. 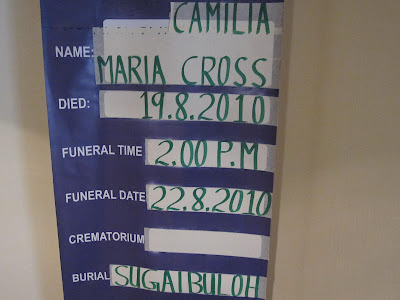 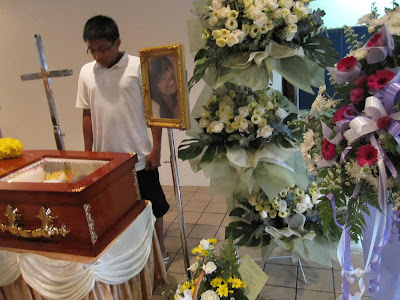 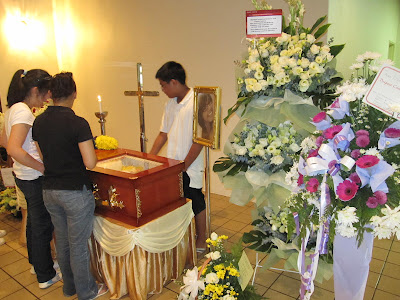 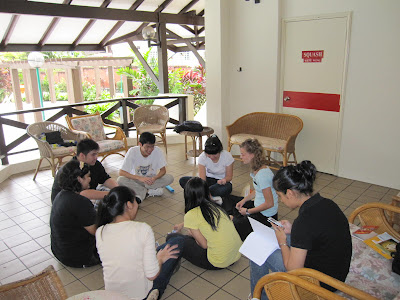 Some youth of the Church at the Wake who had gathered together, many of whom were childhood friends with Camilia. On Sunday 22nd Aug 2010, Camilia's casket was brought to the Church in KL for a special funeral service at 2pm attended by many friends and family members. 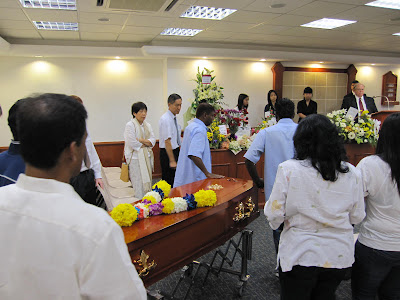 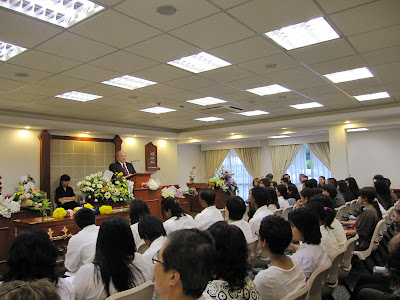 We heard from Young Women speakers Eriene Oh, Merille Yong and Janice Bacay who spoke beautifully and set the right spirit for the service that was in Loving Memory of Camilia Maria Cross. (18th February 1992 - 19th August 2010) The Young Women sang a choir number entitled, "Because I Have Been Given Much" We later heard from Melody, Camilia's older sister, who shared an Euglogy of her sister. Susie How spoke next, a senior member of the KL branch who knows the Cross family well, and shared the fundamentals of the Gospel of Love & Hope with the large congregation of friends and family members. The Funeral Service closed with the final words from President Scott Sanders.

Soon it was time to head out to the burial site at Sungei Buloh where the grave was dedicated with a prayer by President Graham Doxey. Many came to participate in the throwing of soil to the grave before Camilia would be permanently buried in the ground and the placement of flowers and candles on her grave site. The following photos depict the scene at the burial site : 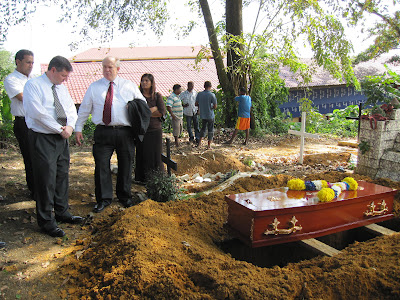 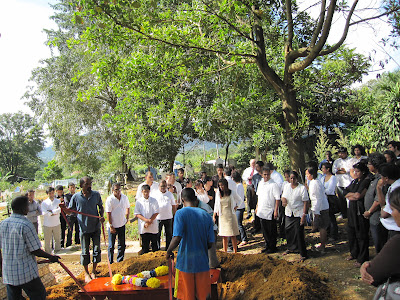 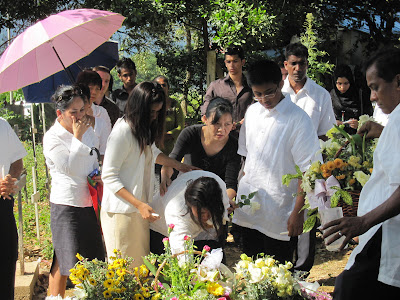 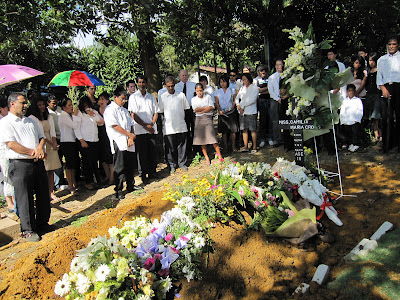 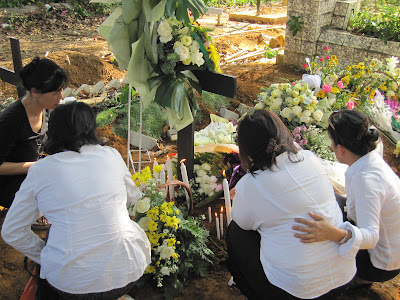 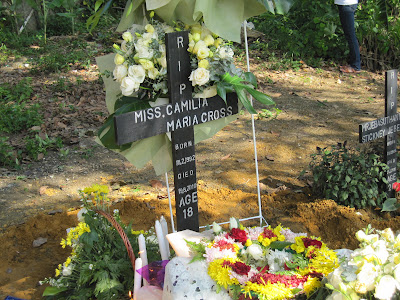 From The Cross Family with love : Alan, Cora, Melody & Shaan :

My condolences to the bereaved family for your tragic loss. May her soul rest in peace. What the caterpillar called the end of the world, the Master called a butterfly!

Thank you for sharing this info and photos... I was one of Camilias Close online friends In Florida USA... I will miss her very much.. She always made me Smile. She was A true friend.. I will never forget you Camilia R.I.P. <3

my condolences to the family and close friends. it such a tragic and shocking loss. may the soul rest in peace.

Thanks for all your comments. Hope you were able to check the post again since you last wrote your comments as I added more photos and a video since then that covered more that became a final farewell for Camilia. It was evident after it was all over that she had touched many of our lives and maybe her early departure had a divine purpose after all!

Did you videotape Merille singing? Would love to watch that video to hear her song again!

Well I'm afraid that my recordings from the little digital camera of mine was limited by the capacity of my SD memory card with regrets!

I heard that the presentation would be recorded had it been allowed by the priesthood leaders. I wonder why the priesthood leaders did not check with the Corss' family or make arrange for such things to be done as these things are most memoriable for the Corss's family. Result which end with Sun Fu doing it himself and create these beautiful memories in his blog, great job. And most of all that everyone would notice that Cathy Lee have done so much beyond her call of duty and have done the most wonderfull job of taking care of the "whole events", thumbs up for the RS too. As for our bethren, much more could have done much more to help ....

Ali Azarnoosh said...
This comment has been removed by the author.
10:29 PM

When I heard this shocking news, I became really so sad. I've never seen Camilia, but I know her father. He is one of my best friend that I have ever had. So I was trying to show my best condolences to him, and now, I do not know if I could do that exactly.

I hope and also I sure that her soul rests in peace, if god wants (Enshaallah).

Appreciate your posting. Thank you. My heart goes to the family.