The sudden departure of my Father

It happened so very quickly. After lunch, I got a call from a neighbour of my father's office who had just purchased his office. I was informed that my father had been taken to the Tung Shin hospital nearby. Apparently he had a possible heart attack and had to be rushed to the hospital with the help of his neighbours at the office. I had to cut short my meetings at the office but still couldn't rush to the hospital immediately as I had to clear some banking business urgently as I had a planned trip to East Malaysia first thing Monday morning. At that moment, I suddenly realized why I had online booked the air tickets just a day earlier for my staff for Monday morning but not for myself as some uncertainty came to my mind to cause me to leave out my own ticket. 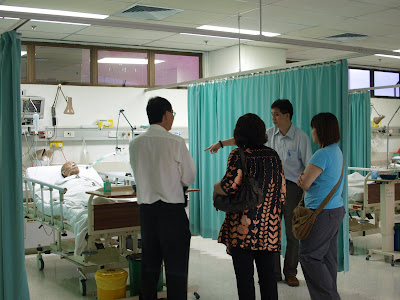 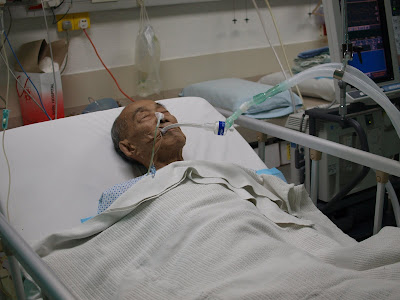 I was at the hospital till about 7.30pm with remaining family members who decided to return home for dinner or shower to return again later. Just as I got home for a few minutes, the phone rang from a family member who said the hospital asked for all family members to return quickly as they didn’t think he could live through the night. I was the first one to get to the hospital about a quarter past 8pm to be told that his heartbeat was very faint. At about 8.25pm they pronounced him dead and removed the ventilator that had been helping him to breathe in the entire time at the ICU. Soon the rest of the family members arrived and it was time to prepare for the funeral. See the following pics for the events that followed :

The casket was placed at a Kwang Tung Cemetery funeral parlour in Jalan Dewan Bahasa for all to come to pay their last respect. 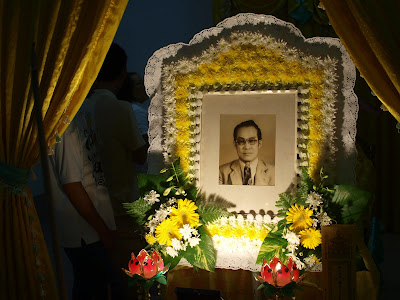 Our family, primarily mom and the boys, rushed down from Singapore to join in the funeral rites 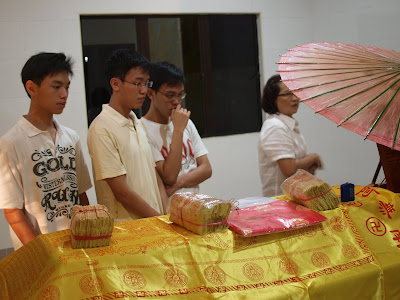 In the morning, the family members had a chance to choose a site in a nearby temple to place the ashes after the cremation 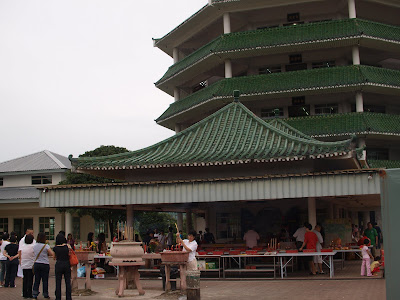 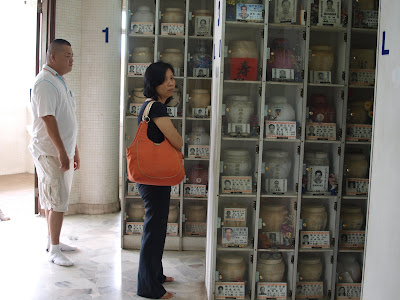 More relatives and friends, especially from the Church, came by to visit in the afternoon with their condolences 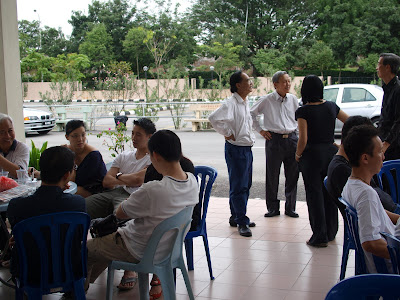 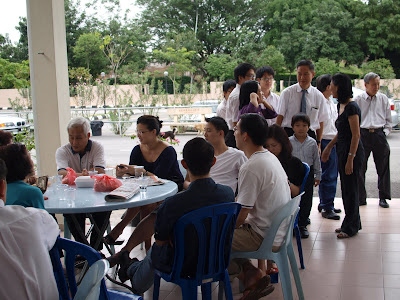 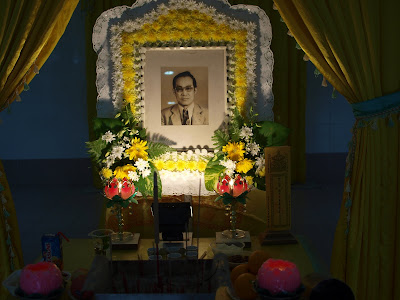 Early in the morning at 5am I woke up to take the early morning watch at the funeral parlour. I had a quiet moment with my father perhaps for the very last time before his body will turn to ashes. I meditated and spoke verbally to him as if he were still alive with words to this effect, facing his casket with his photo,

“Father, forgive me for often being late to render you assistance when you needed me as I have been indeed a very busy man in my life. Nevertheless, I am satisfied that I have been able to give you the assistance that you critically needed while you were alive during your lifetime especially in your latter years.
Thank you for being the father that I know, a hard worker filled with integrity and professionalism; who provided well for his family, being always kind and willing to help others, all of which has greatly influenced my life and that of my own family.
May peace go with you forever under the continued watchful eye of our maker are my sincere thoughts and prayers for you this day”

Soon it was time for all the other family members to arrive for more ceremonial rites and the Cortege left about 10am for the Cheras Crematorium as per the pics below : 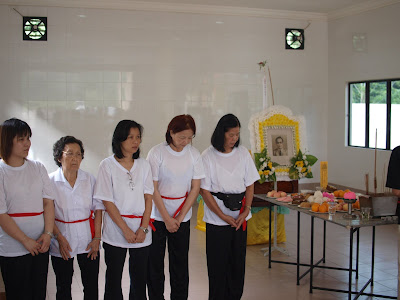 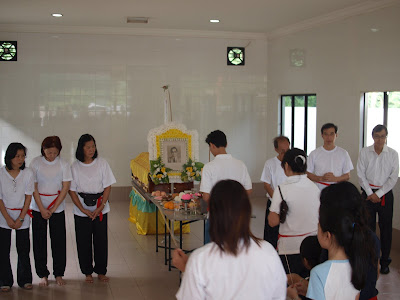 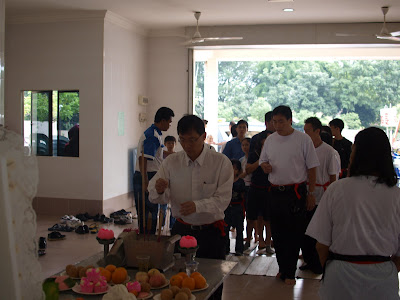 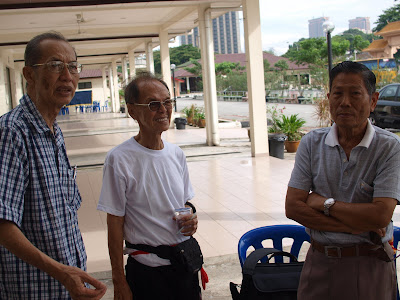 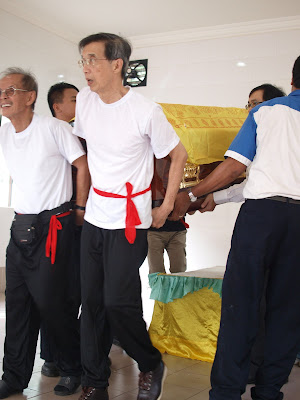 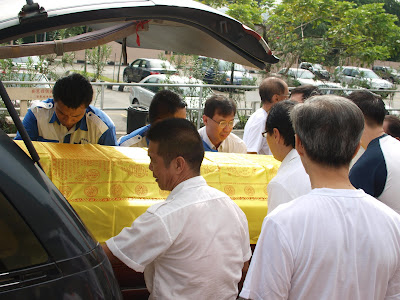 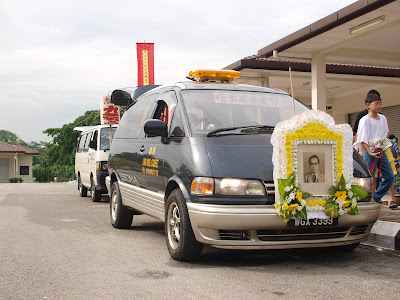 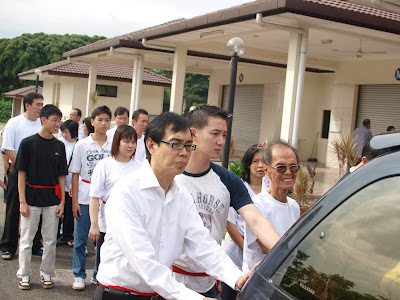 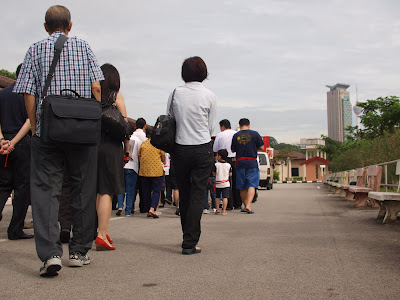 At the crematorium, the final rites & farewell : 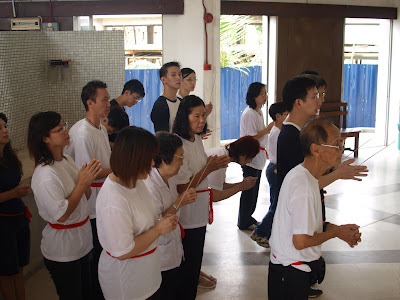 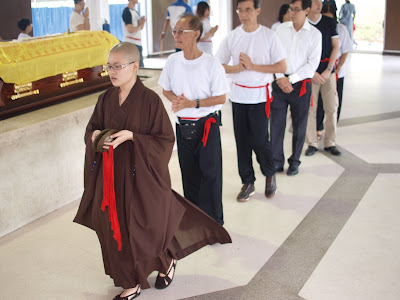 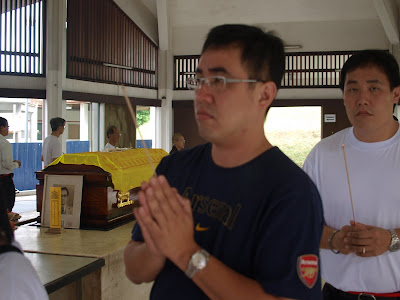 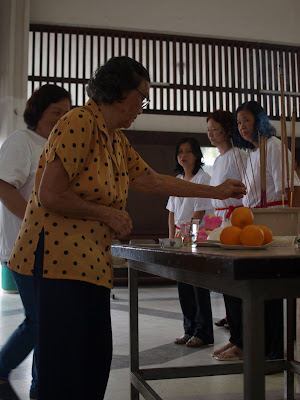 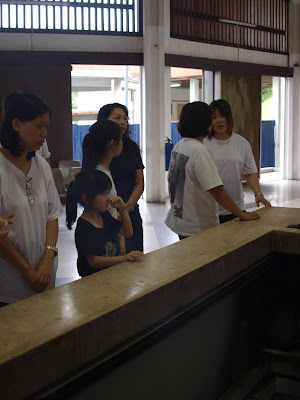 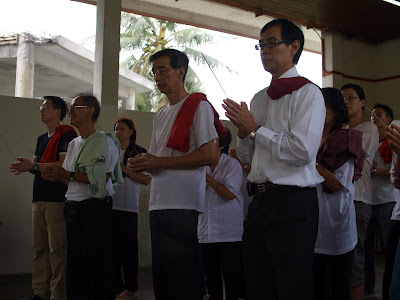 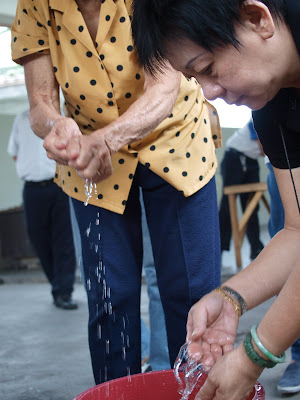 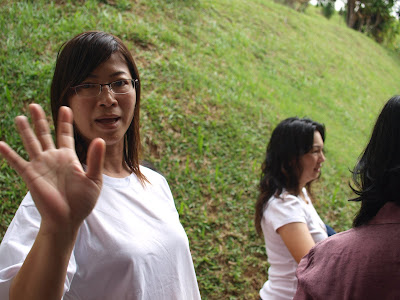 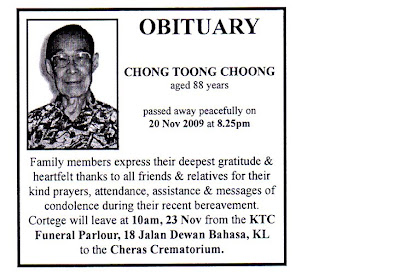 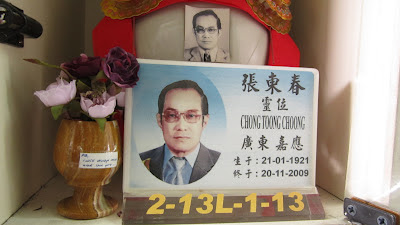 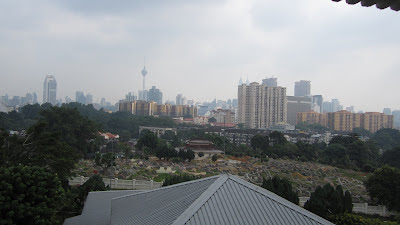 The view from the floor where the ashes are kept, looking in the direction of the city
Posted by Dad the KL city kid at 9:27 PM

Thanks Irene. You may like to read another post of mine about my parents way of raising children in respect of religion : http://spiritlane.blogspot.com/2008/09/raising-family-spiritual-way.html