The Reunion of turning 50 together

After many emails that started circulating the globe in the beginning of the year to track down all the old boys of the Class of 1975 at St John's Institution, it finally happened. Those who responded and could find their way to the Mandarin Oriental Hotel on a Saturday night of 20th Dec 2008 got together to celebrate an auspicious year where most of us would have turned 50 years of age. 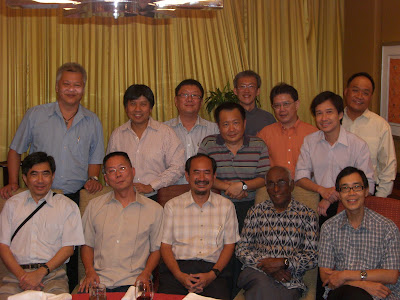 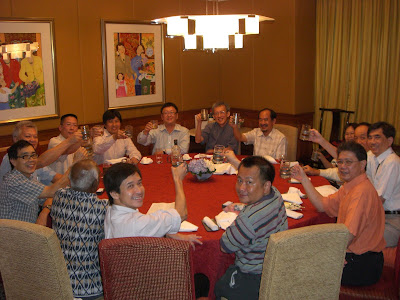 We raised our glasses for a toast to all of us with the very best wishes for the future. This was at the Chinese restaurant of the Mandarin Oriental Hotel, just next to the Petronas Twin Towers.
As some couldn't arrive on time from overseas such as Benedict Lee and his wife Joon, another gathering took place at a restaurant in PJ Newtown hosted by them. 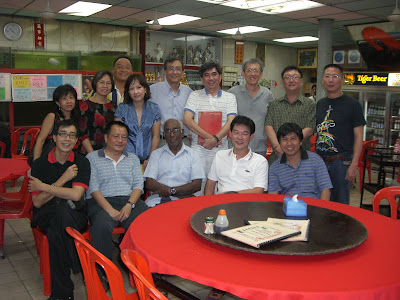 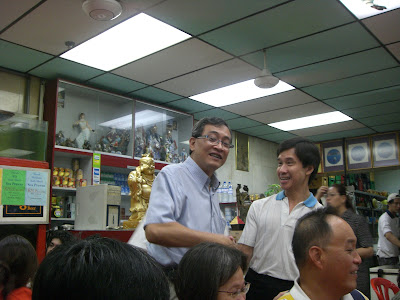 Everyone felt the joy of meeting up again after all those years. Look at the faces of Ignatius and Andy when they greeted each other ! 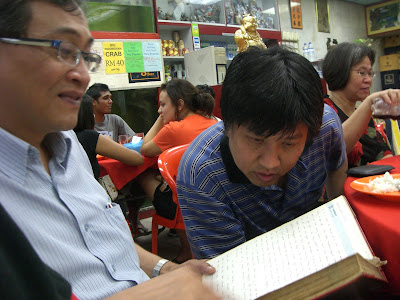 The 'Red Book' , a book of Rememberance that was penned by all at the end of 1975 resurfaced again and Ignatius and Jeff above were among the many who was curious to read it again. 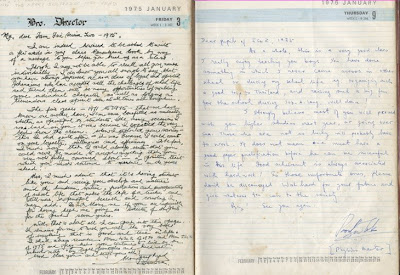 Above are the writings of the then Bro Director Joseph Yeoh on the left page with the physics master Mr Poon Boo Tek on the right page. Click the photo for a larger image. 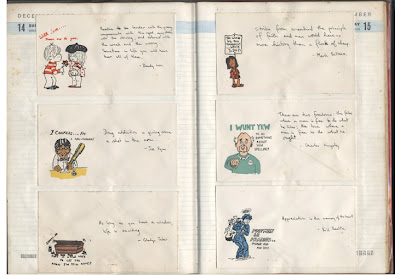 Pasted in the Red Book were the envelopes we had designed and printed in our day as junior entrepreneurs to help raise funds for the school as well as a class trip to Thailand. From a physical book of rememberance, we now have advanced to digital media so check out the SJI website
Posted by Dad the KL city kid

I'm hoping that one of you can help me .

I am Celestine Fenby and I am the niece of Brother Celestine Jennings who was the director of St John's in the 1950's . Perhaps some of your fathers remeber him .

I am looking for an email contact with St John's Institution in KL .Your delightful web page was the most likely of the websearsch that I have been doing . You obvioulsy all still value your time at St Johns .

If someone could email me , giving me an email address for the current administration I would be very grateful. If there is a more apropriate way for me to approach them , please give me your good advice .


I look forward to hearing from someone