Another long flight to the US with 2 nights in Taiwan

It was an urgent trip to go to Taiwan and within half an hour of my arrival, the Japanese party had planned to arrive in a flight just half hour later and we met in the late evening to discuss about business in Taiwan. 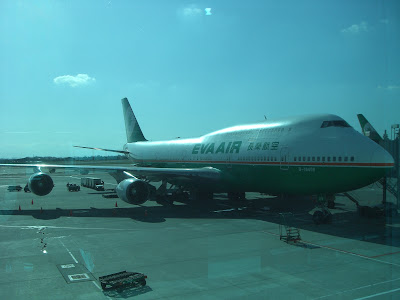 But the discussion on opening up Taiwan is still early and the bulk of the preparation is with the US office and I brought along in my trip to US the man who can help us in Taiwan. 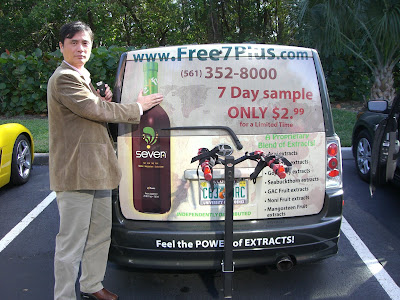 It was truly a mission of East meeting West 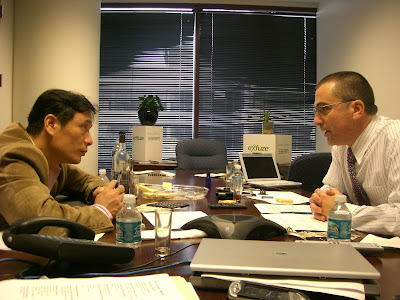 Intense meetings began before the US Thanksgiving day which continued to the end of the year through tele-conference calls after we got home. 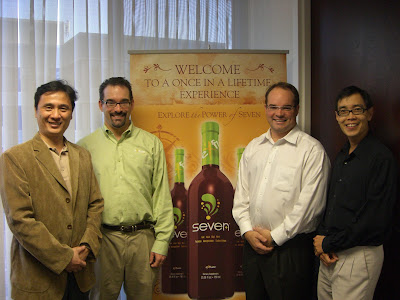 We were creating an A-Team or the eXfuze Team in Asia! 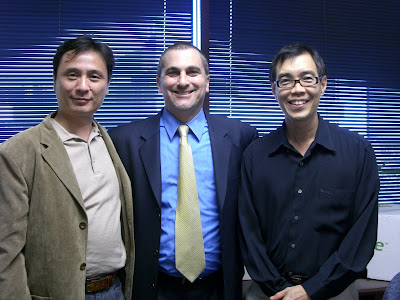 With one of the investors of eXfuze, Michael Seymour in the center.
Posted by Dad the KL city kid at 9:59 PM