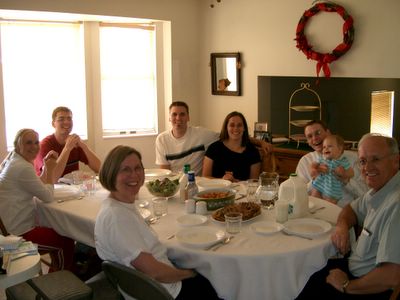 Cevin as Prof. Einstein in a Quixtar expo by the Team Builders with equally qualified wife Carol! 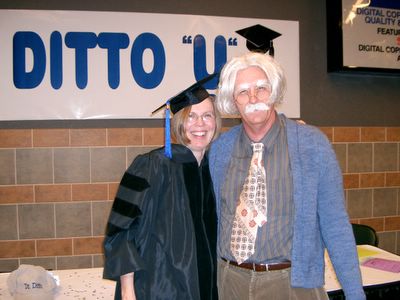 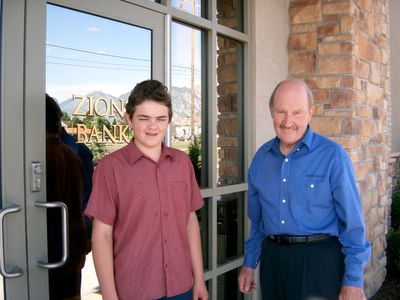 Ralph Cannon who served as a couple missionary in 1982 is now over 90 and is seen with an old friend Julie. Both of them have lost their spouses and find companionship with each other. I told Br Cannon that she makes a nice wife and he told her I said so!!! 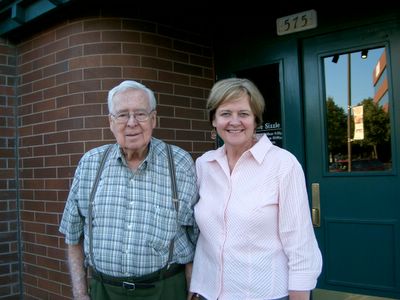 Carol Walker, the founder of a Financial Freedom company with our common friends Vince and Sandy Gordacan 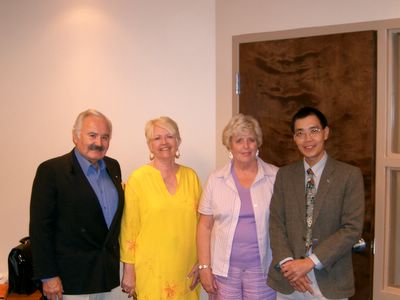 This is Matthew Davis with his wife Katie and children outside their home in Lehi. Matt was called to serve a mission in Malaysia after growing up as a child with his parents, who lived in Malaysia for over 10 years! The photo was taken infront of their RV camper trailer which is pulled by their huge(in Malaysian context) Explorer SUV 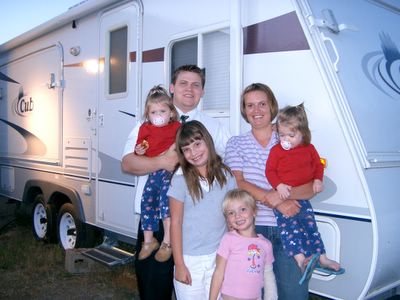 This is Dave and Mariane Hatch with their baby in the kitchen of their new home in Lindon. They lived in Kuala Lumpur for a year in 1996 and he works closely with Stephen R. Covey. 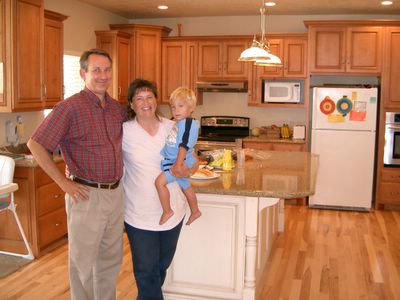 It was nice to meet up with Kevin Castle with his wife Jenn, children and in-laws Gayle and Cory Bangerter for a Monday family home evening in their Alpine home! 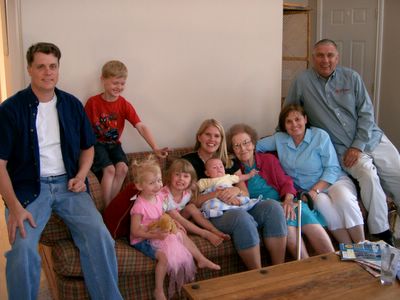 I went with Kevin to see the farm of Jenn's grandpa in Alpine to reminisce a winter in 1996 where my daughter Fei and I were brought there by Paulo, the brother of Cory Bangerter 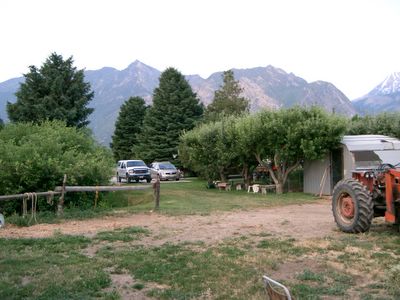