I posted on my timeline in facebook a photo of Ern starting his 2 year compulsory military service in Singapore just over 9 months ago with the caption that I would be attending his Specialist Cadet Course Graduation Parade :

Attending my 3rd son's Specialist Cadet Course Graduation Parade today in Singapore. The boy is growing up to be a Man Singapore style! http://goo.gl/PchThq
Posted by Sun Fu Chong on Wednesday, March 2, 2016

One can click here to see the pics and videos made when he first started his military service in May 2015.

He was selected to join the Specialist Cadet Course after he finished his 9 weeks of Basic Military Training on Tekong Island. The following are the photos and videos captured on this special day of his Graduation Parade : 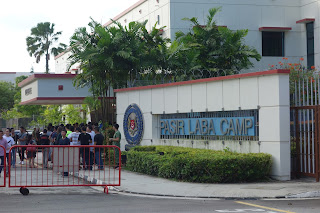 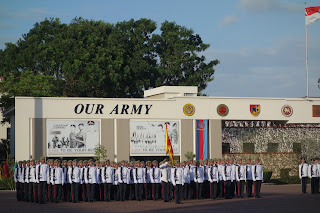 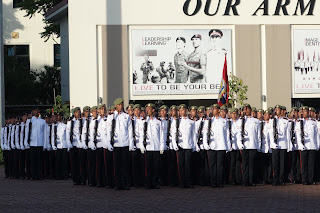 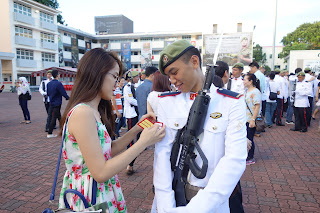 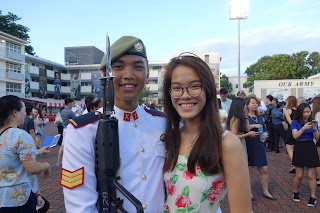 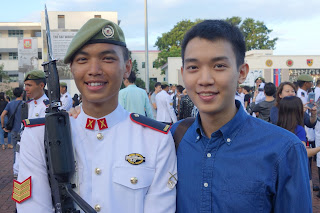 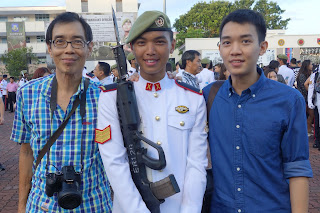 I posted the above pic as a comment of my facebook post saying, "The three shooters, One shoots with his camera, the middle is a Sergeant with Arms to shoot and the last is the full lieutenant that shoots commands!"

The one who shoots commands is Ern's older brother Shuan who is the predecessor of the boys to be enlisted in the Singapore army to achieve the rank of an officer. He later became the commander of a platoon in the Tekong island BMTC (Basic Military Training Centre). 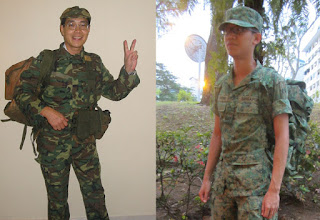 His military training experience and accomplishments, photo shot by his father in uniform on the above left photo, are shared here.

Here is a video made from the pics above and various video shots made during the event :

Ern is about to finish his 2 years of National Service