In Memory of Robin Williams

News of the suicide death of Robin Williams on Monday 11 Aug 2014 came late to me by a few days as I was busy engrossed with some paper work. Strangely it had to come while I was at the home of another father whom I had mentioned about  in a previous post on the topic of suicide. 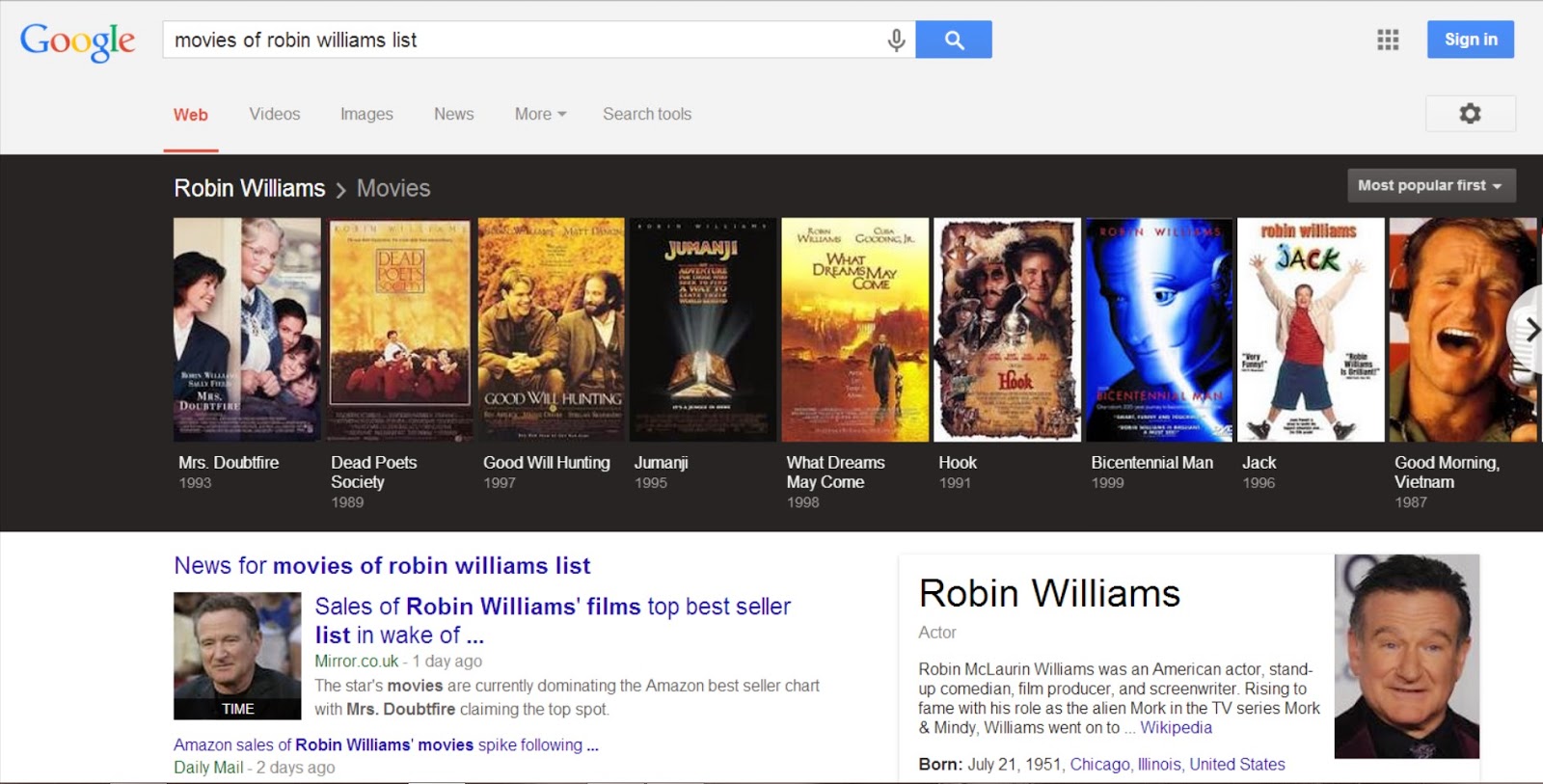 I thought about the many wonderful movies that he had starred in that I and our family members had watched and to help recall them, I searched the internet  to find a complete list by clicking here.

Here is a sample of online news that soon filled the internet :

Tributes were paid to "the lighting storm of comic genius", Robin Williams, an Oscar-winning actor and comedian as reported in this news post. 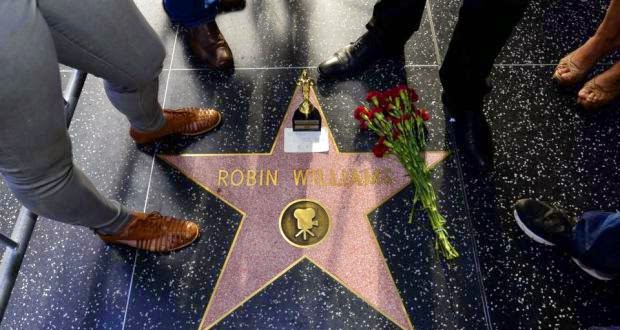 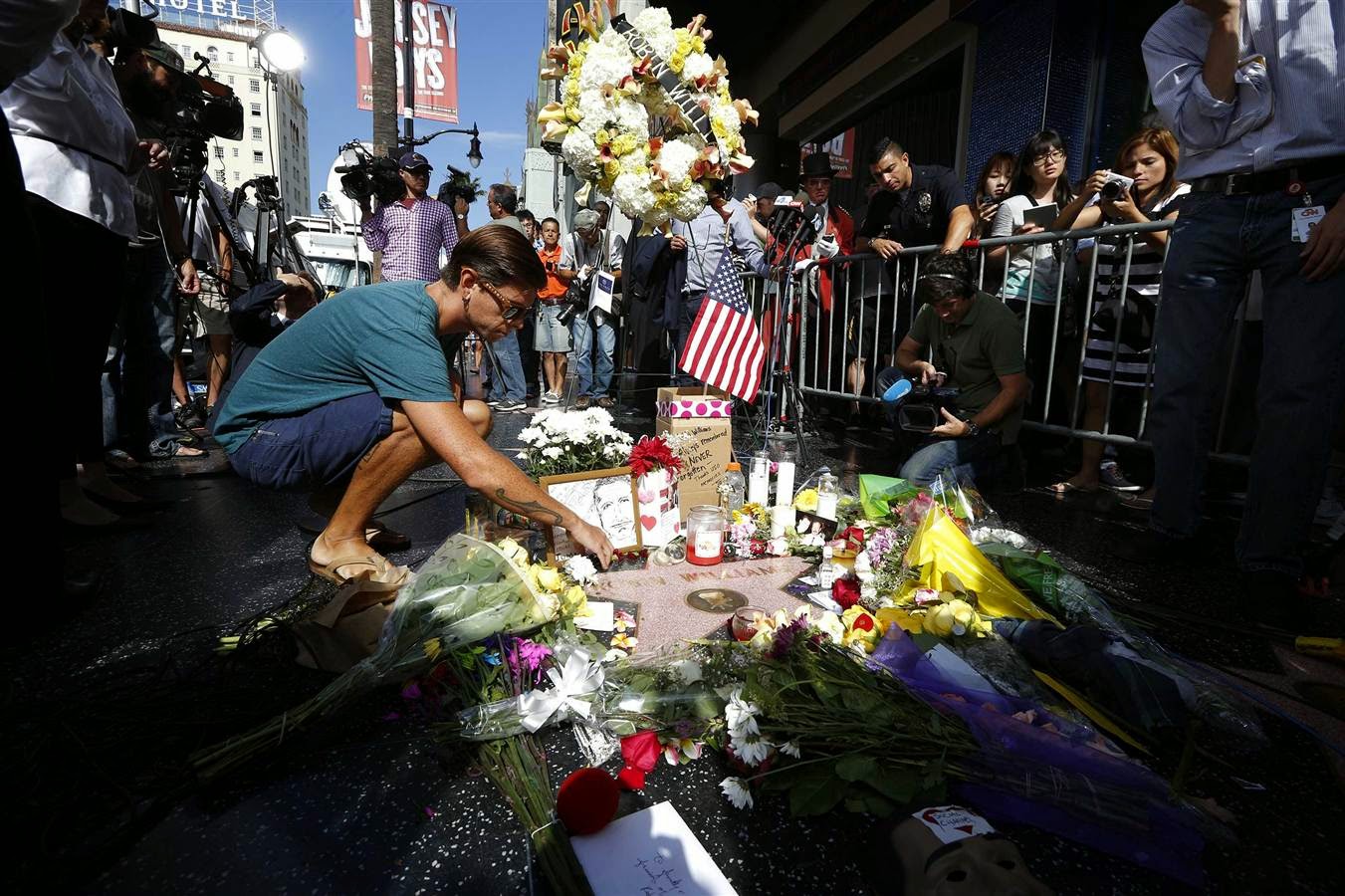 The photos show tributes of fans putting flowers on his star in the Holywood Walk of Fame. The award-winning actor was inducted into the Walk of Fame on December 12, 1990.

Williams’ star can be found on 6925 Hollywood Blvd. His Hollywood star neighbors are Rex Harrison and Burgess Meredith. Most of our family members who have been to the US have visited this Walk of Fame as in one trip of June 2010 with the photos posted below : 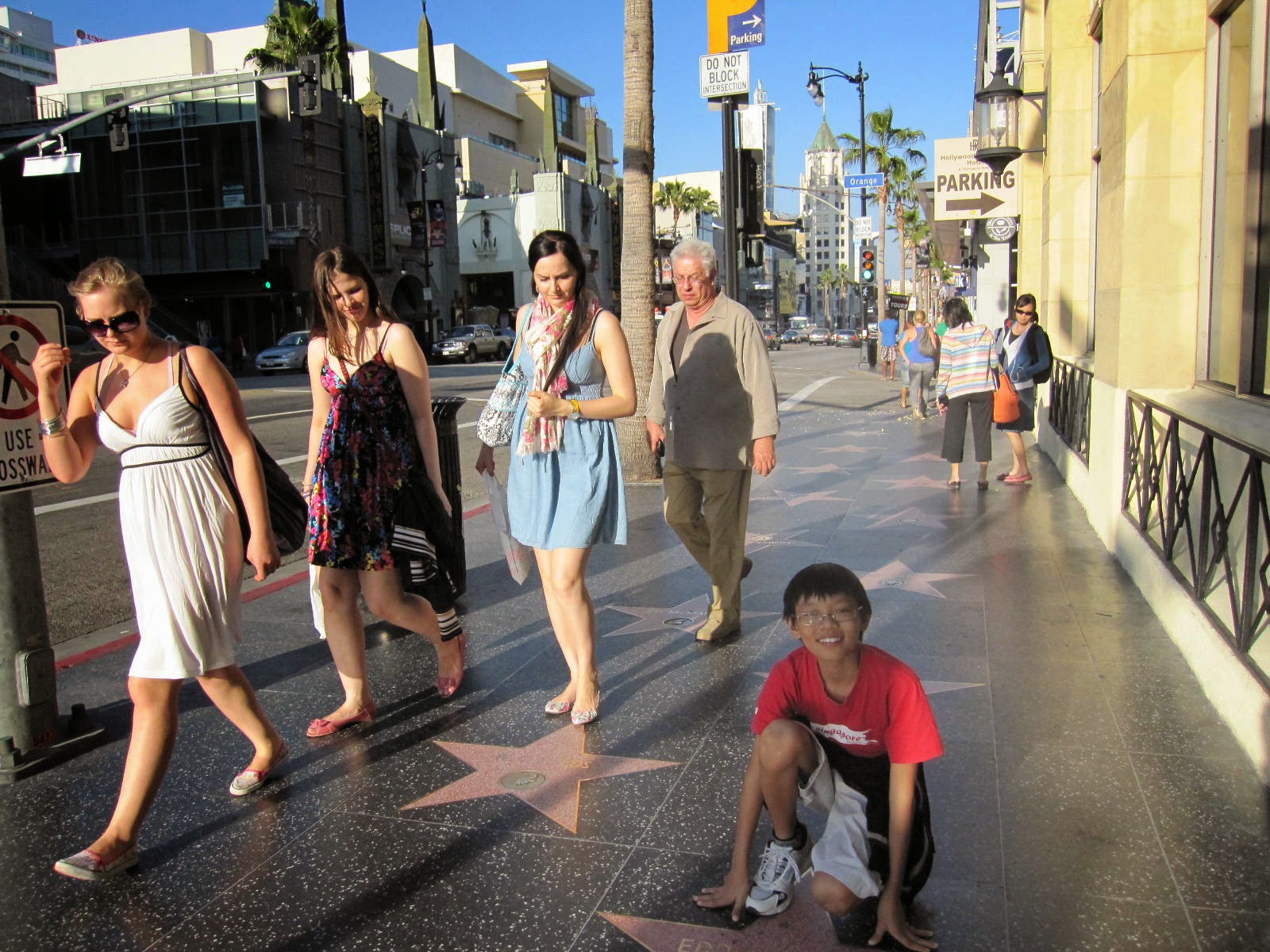 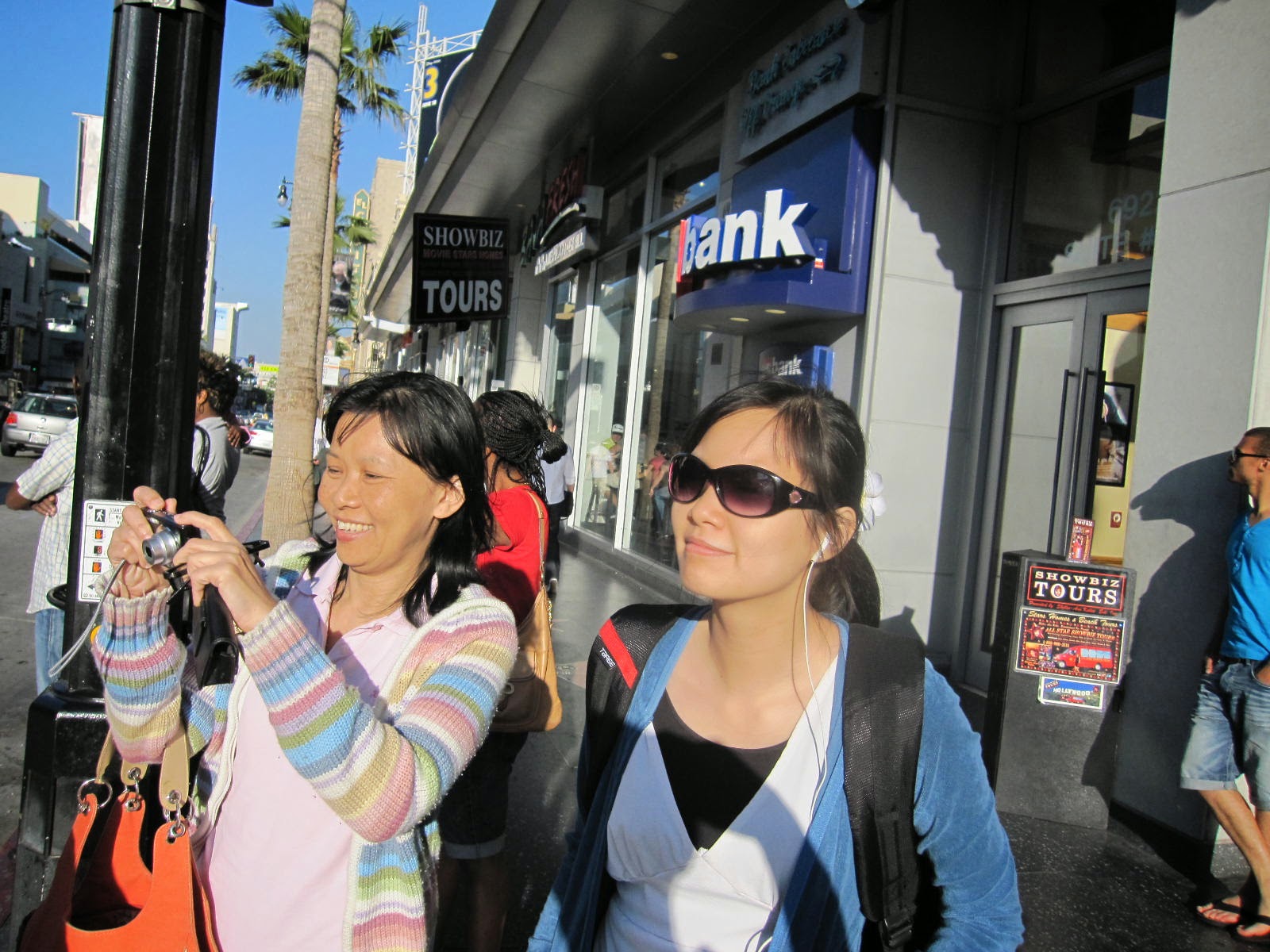 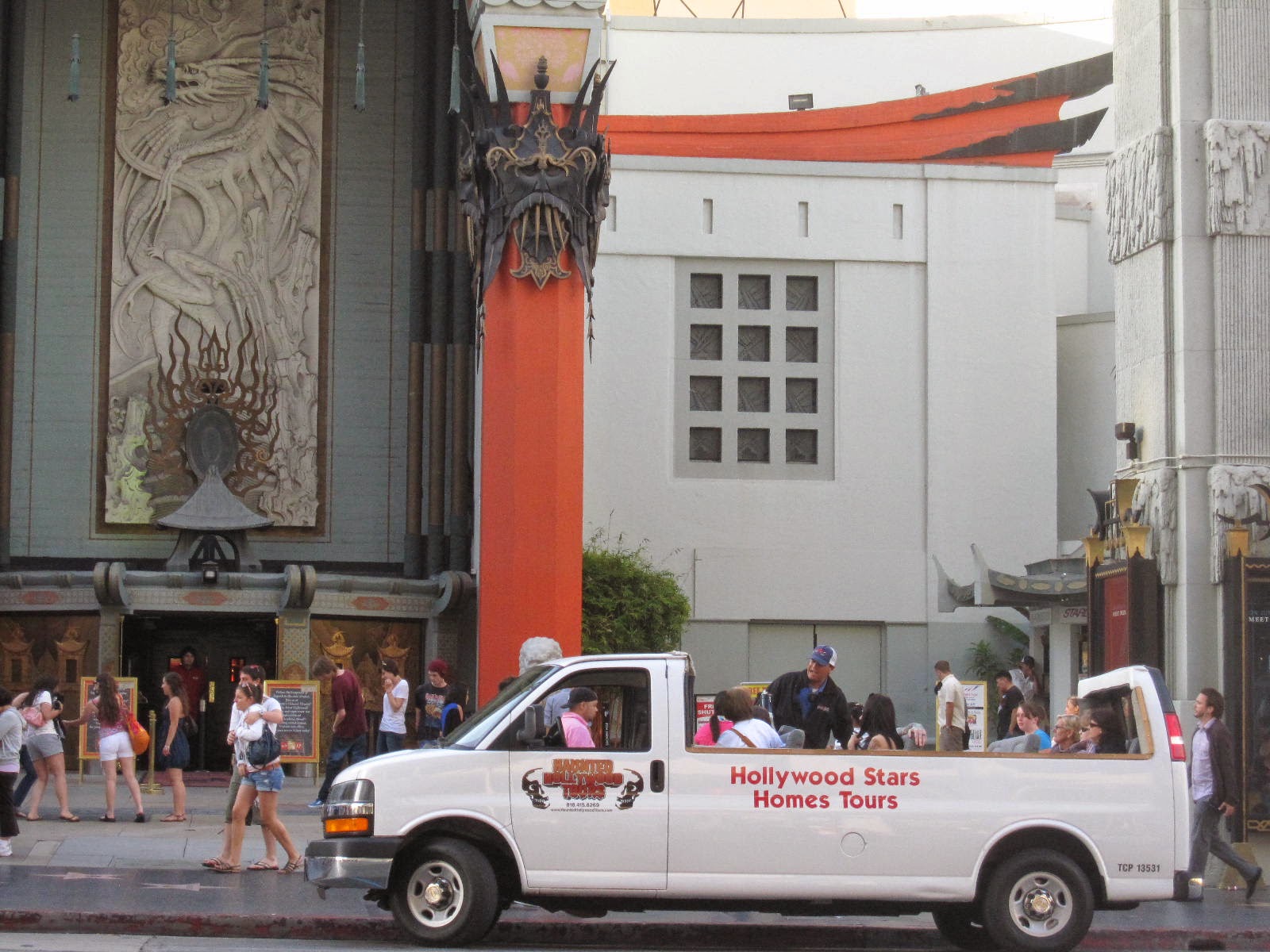 Our brave Fei in LA in latter years shared a post in facebook below that touched the hearts of many :

Here is some good information and advice :

Finding myself in Kuantan, continuing to be inspired in my writings from experiences there, I discovered a webpage for anyone with suicidal feelings that has this introductory paragraph, "If you are feeling suicidal now, please stop long enough to read this. It will only take about five minutes. I do not want to talk you out of your bad feelings. I am not a therapist or other mental health professional - only someone who knows what it is like to be in pain."  Click here to view 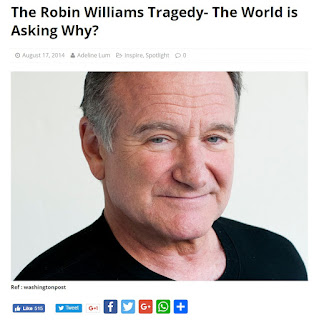 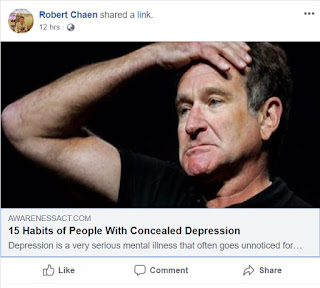