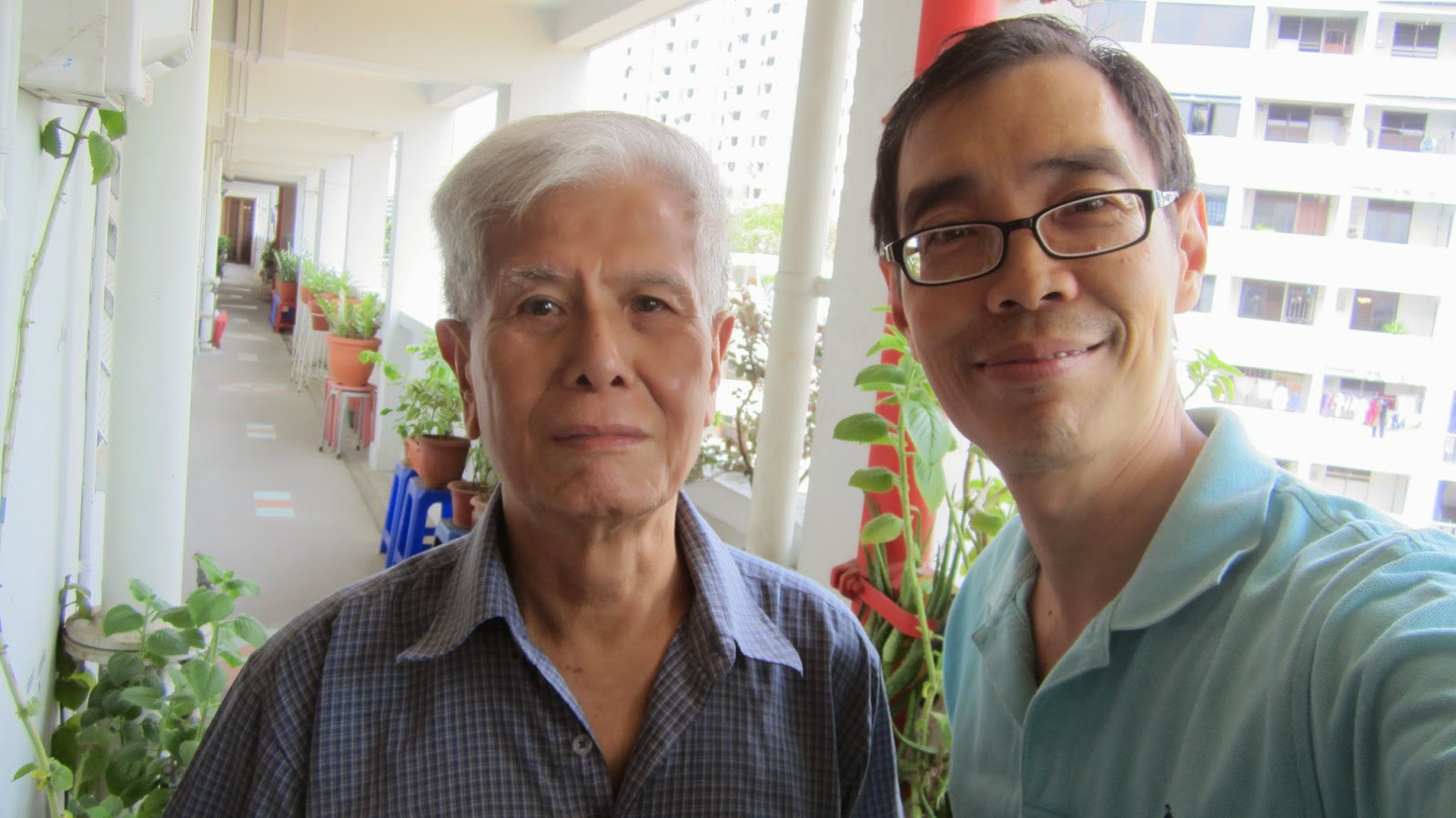 Doris Ooi is the younger sister of David Ooi who is a former police officer of Singapore who joined the force in 1956. I met David during the Chinese New Year in Feb 2013. We became instant friends as we seem to have a common frequency of using the iPad plus having a good general knowledge of the world and people of all walks of life from our life's experience.

I would meet up with him whenever I have my sojourn in Singapore and on this particular trip I felt a need to be back in KL on the weekend for some important meetings but was unsure if I could go as I had started working with the two younger boys on a new system of doing house chores. David called me on Friday morning and asked if I was going back to KL and when he explained that he received news the previous night(22 May 2014) that her sister Doris had passed away in KL, I responded yes and we arranged to leave together the next morning which was a Saturday. This would be in time for the funeral that was on Sunday. 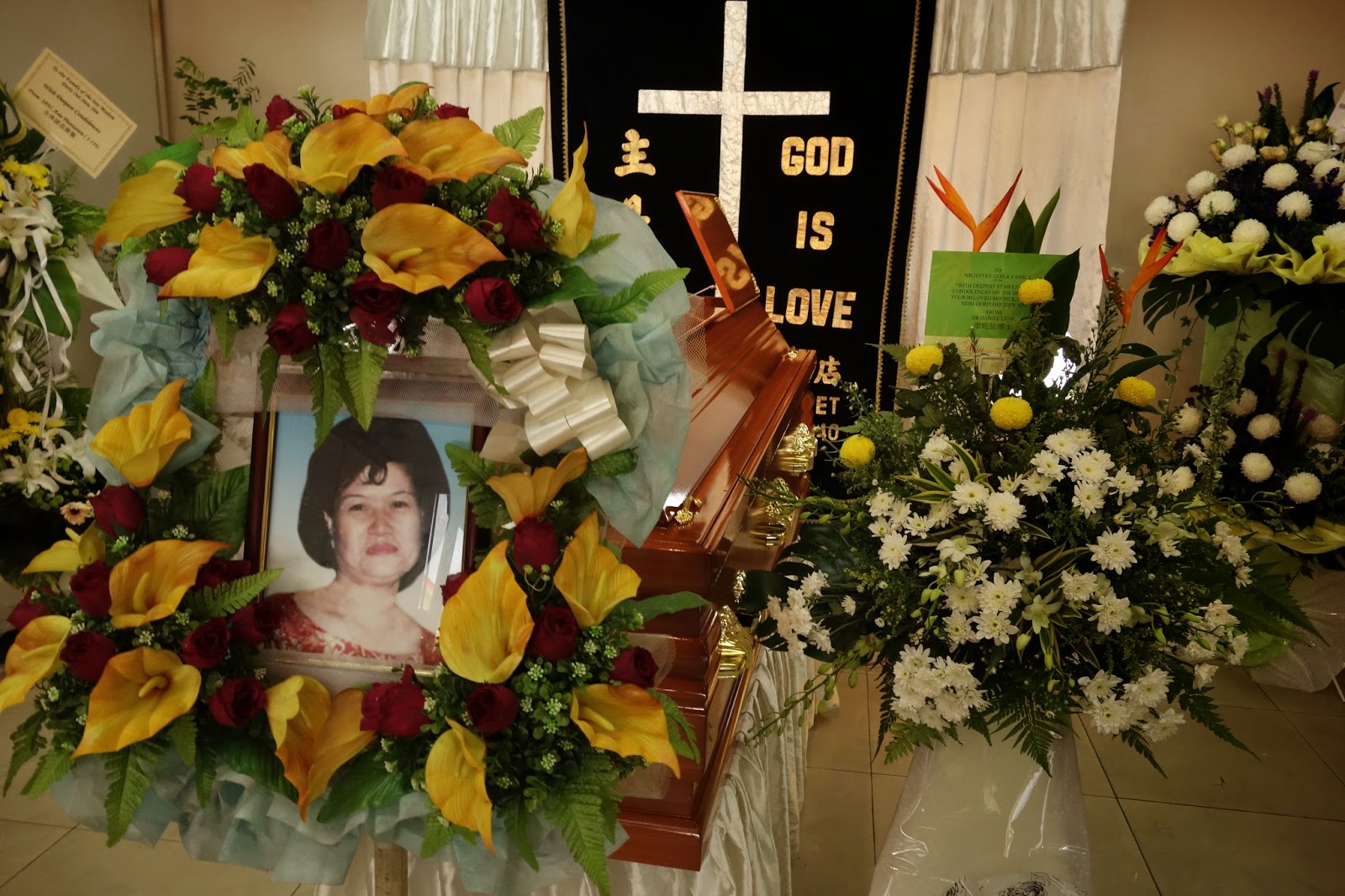 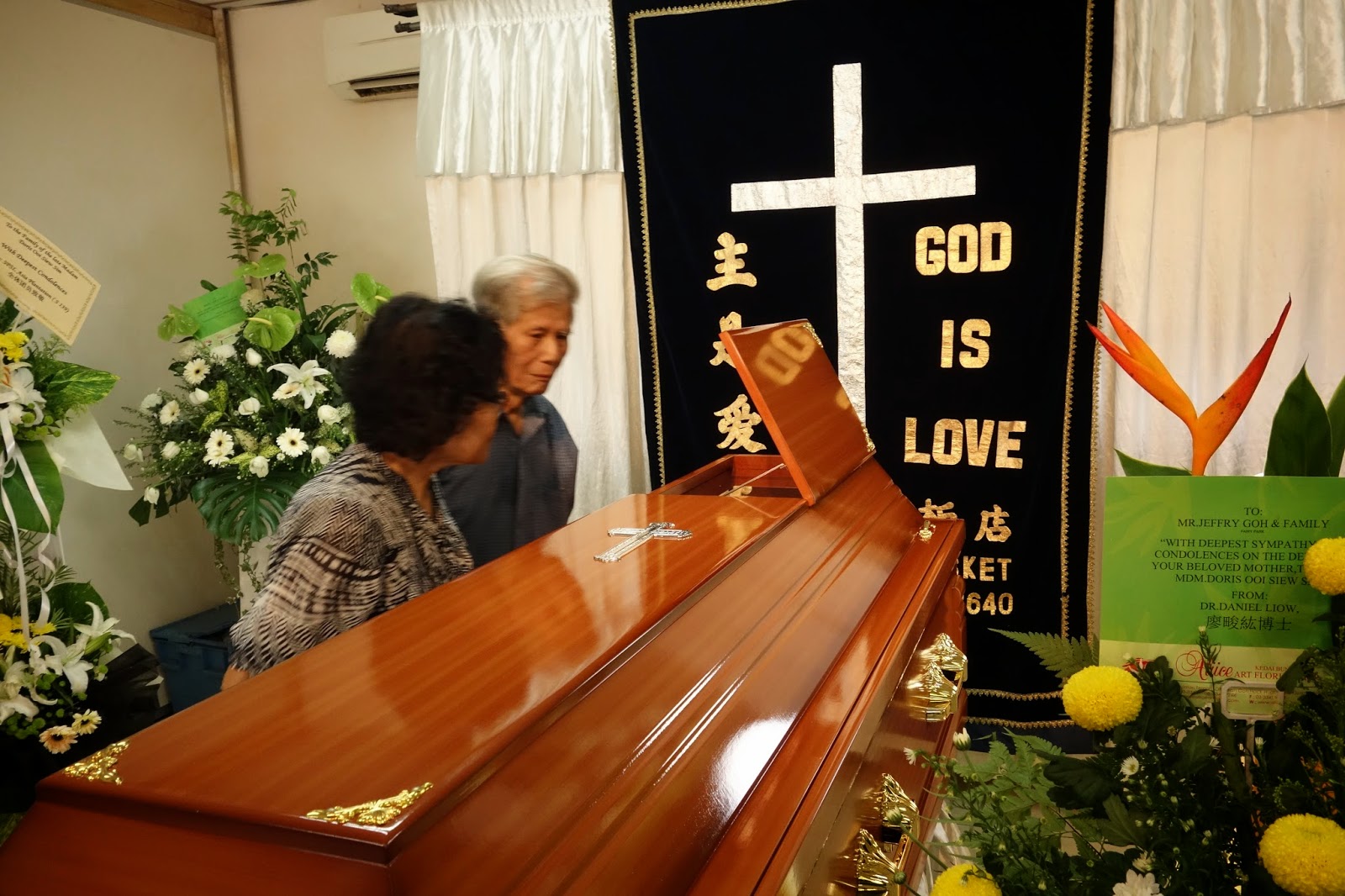 David the 2nd child with Helen the 3rd child looking at Doris, the 4th child of the family who was the first to pass away due illness in a family of 8 children. Doris was 72 when she passed away. 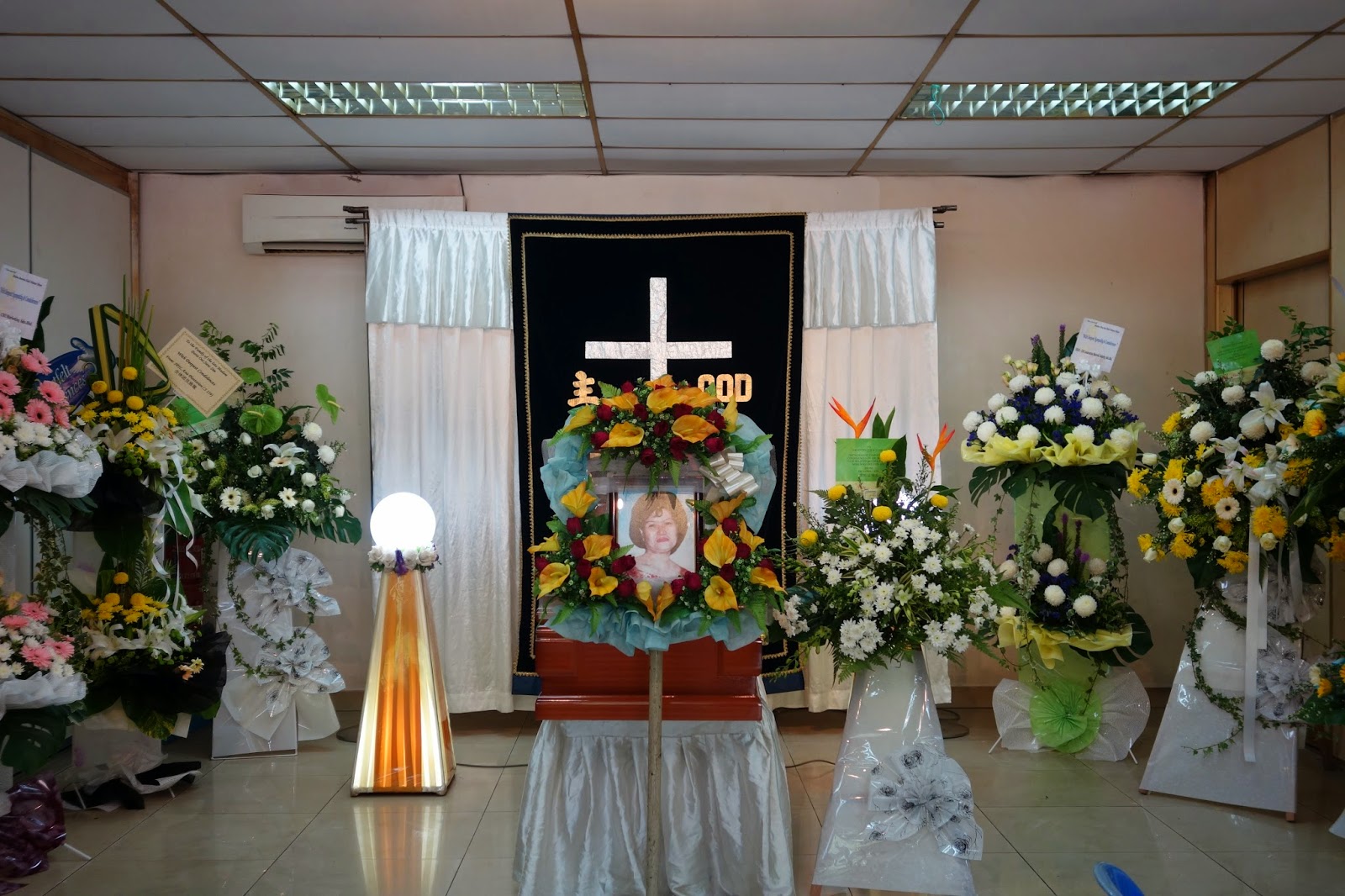 Many bouquet of flowers were received at the funeral from the following people : 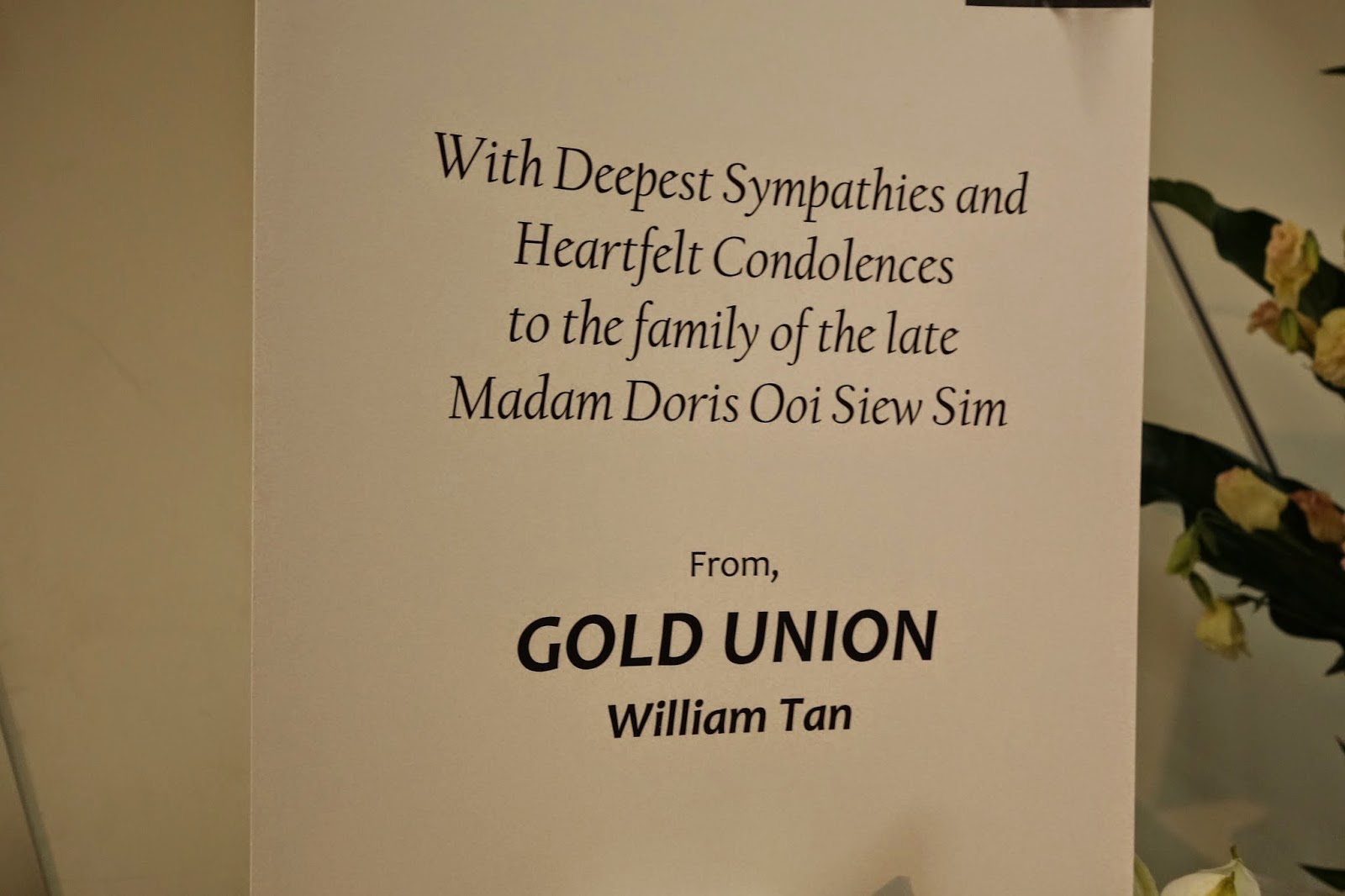 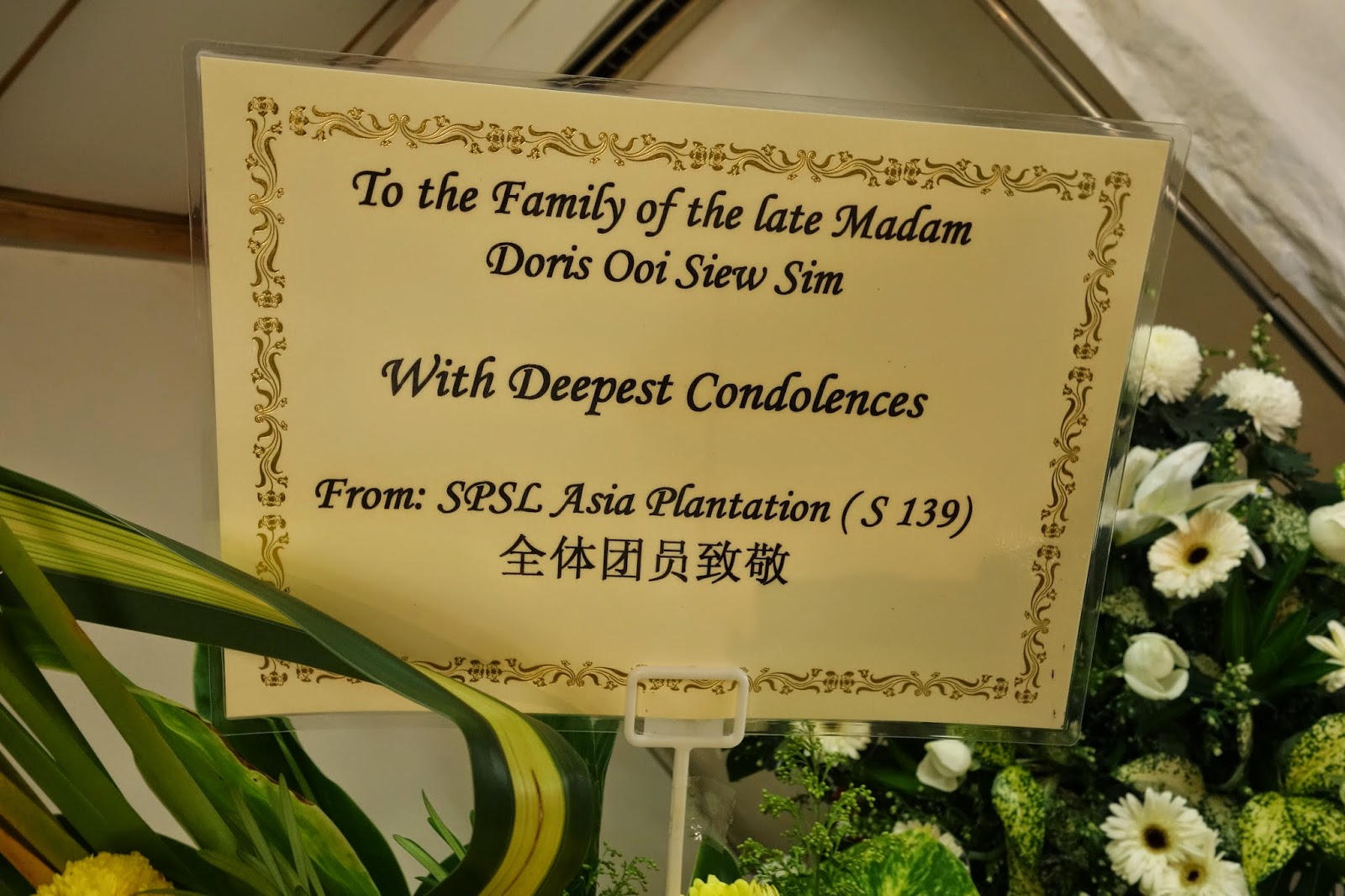 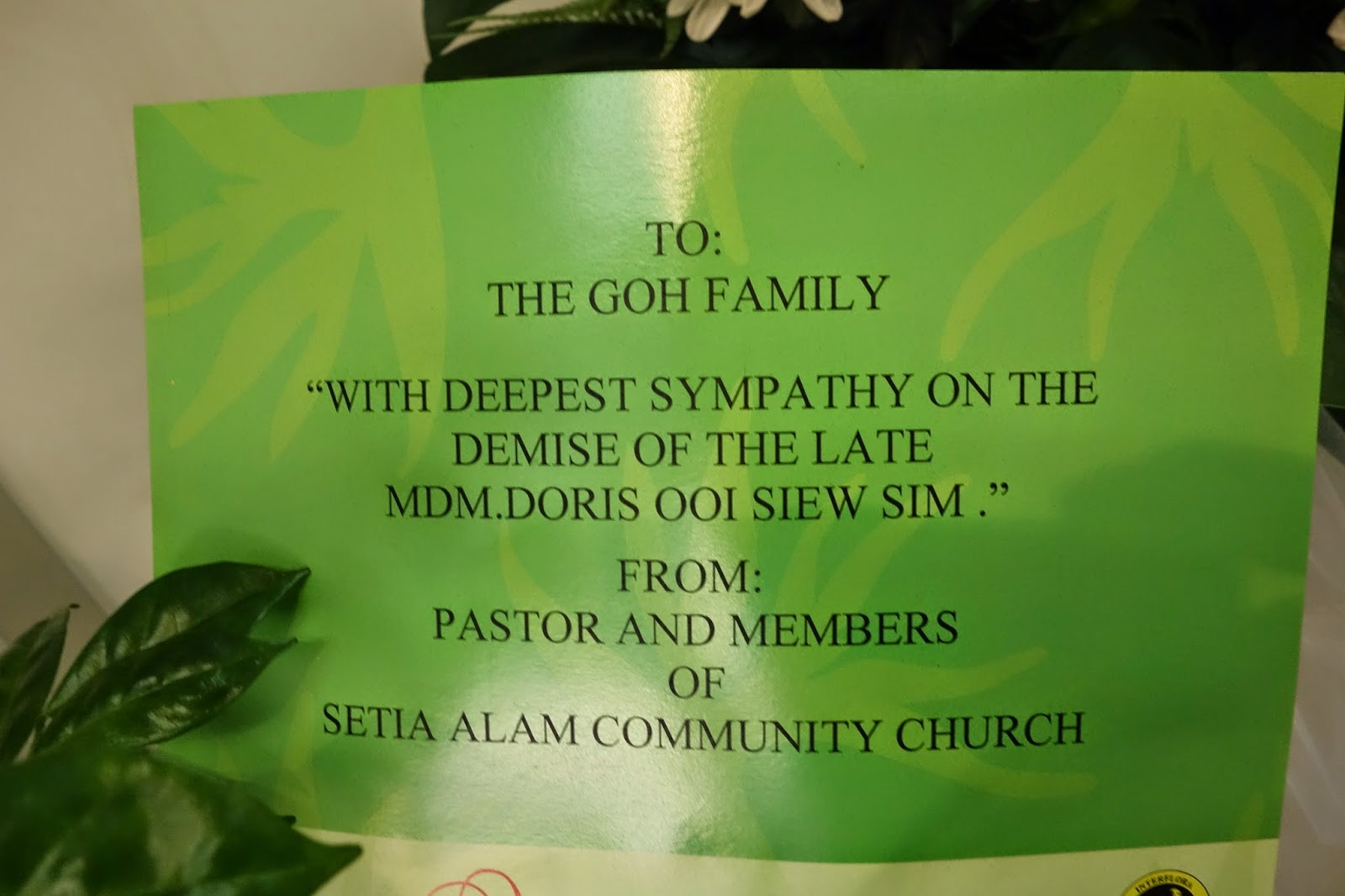 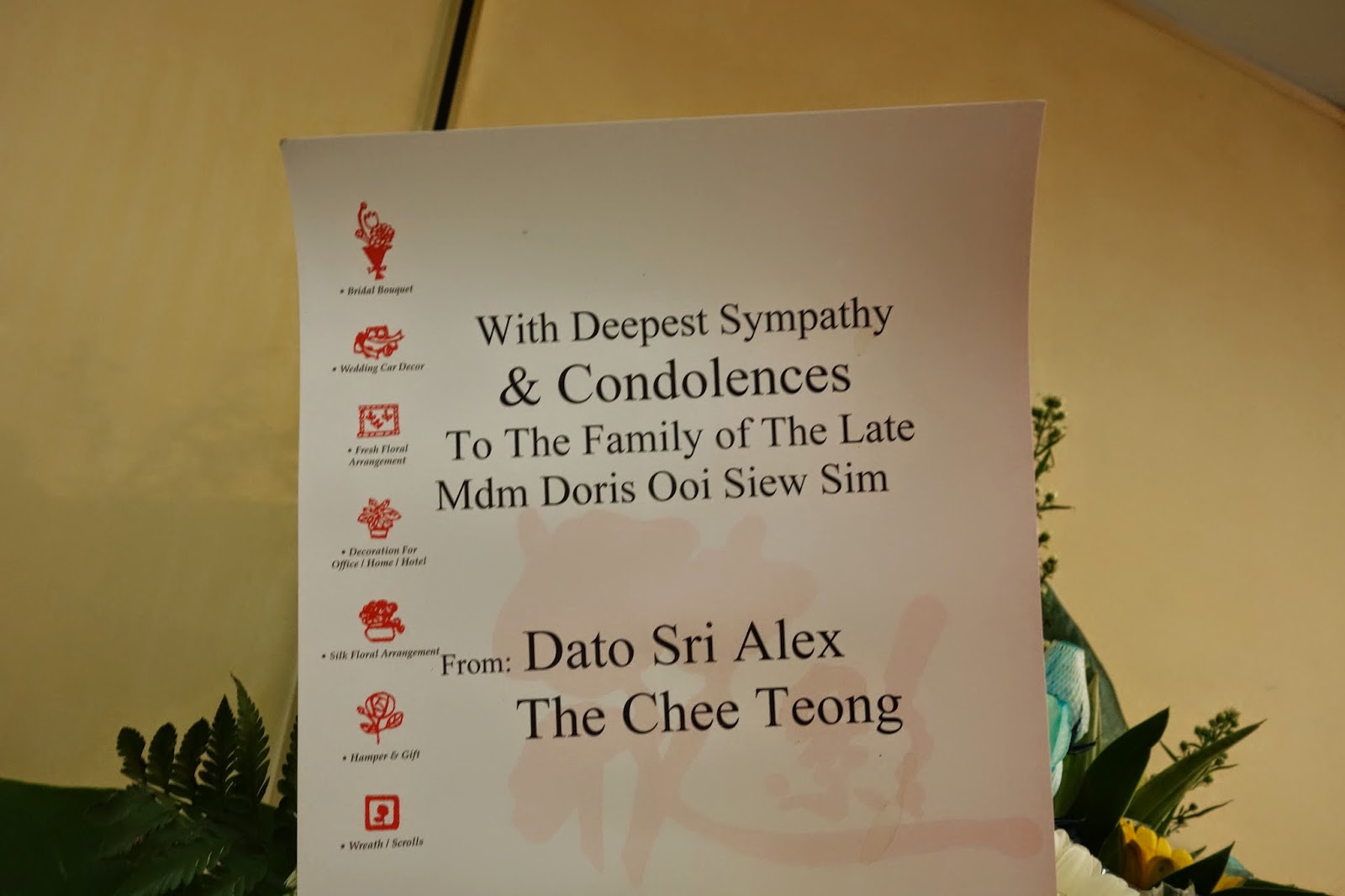 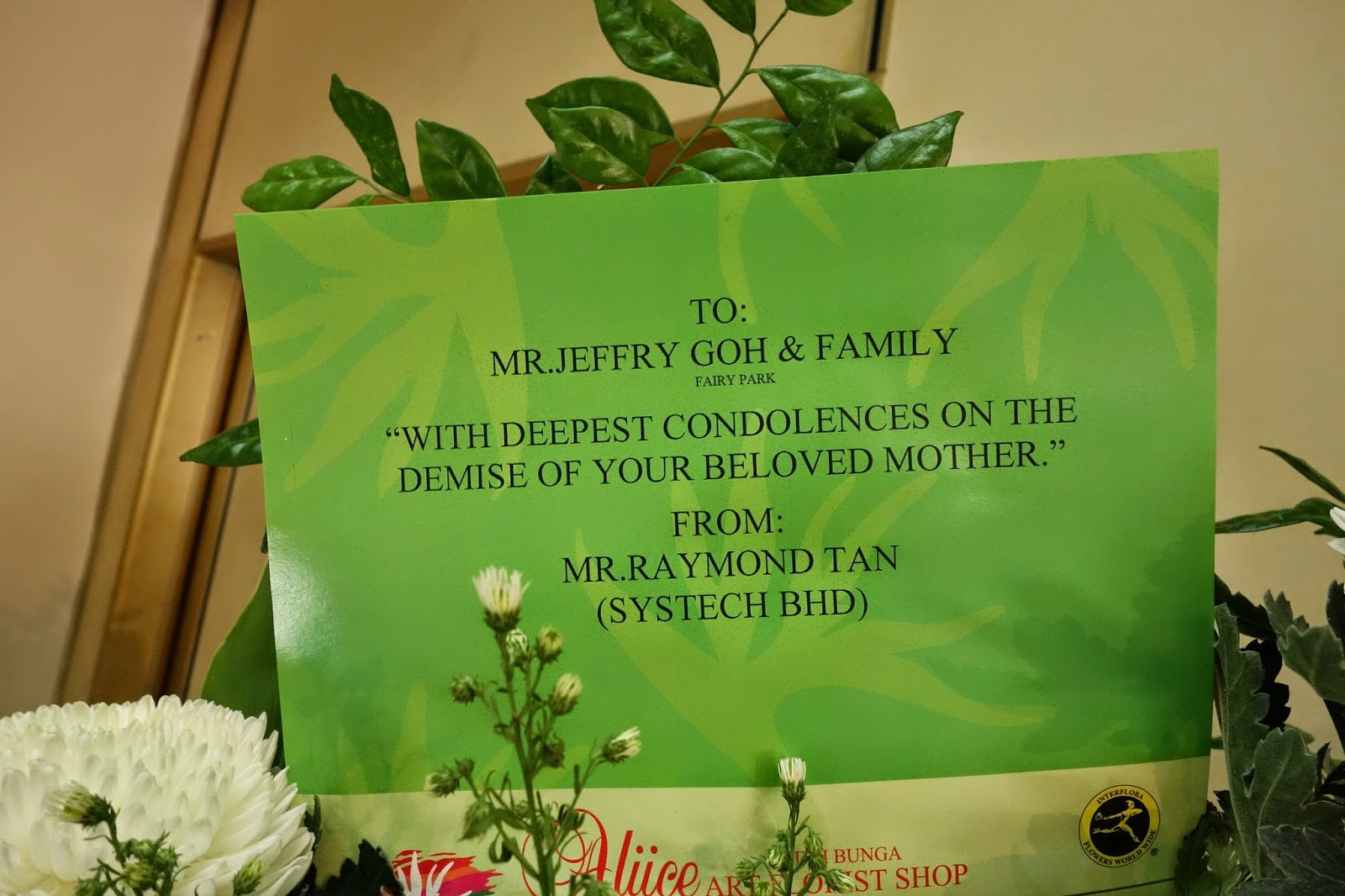 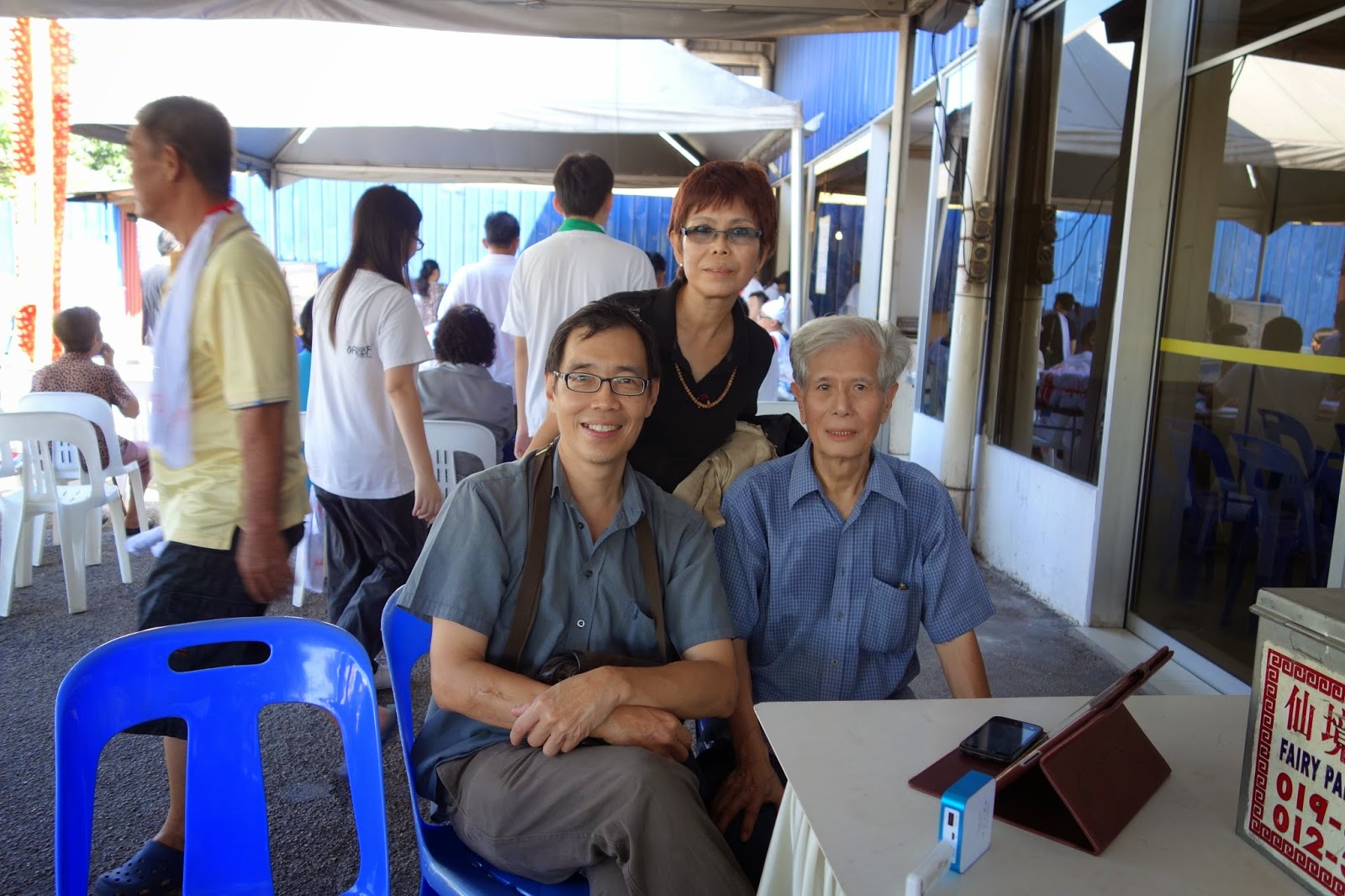 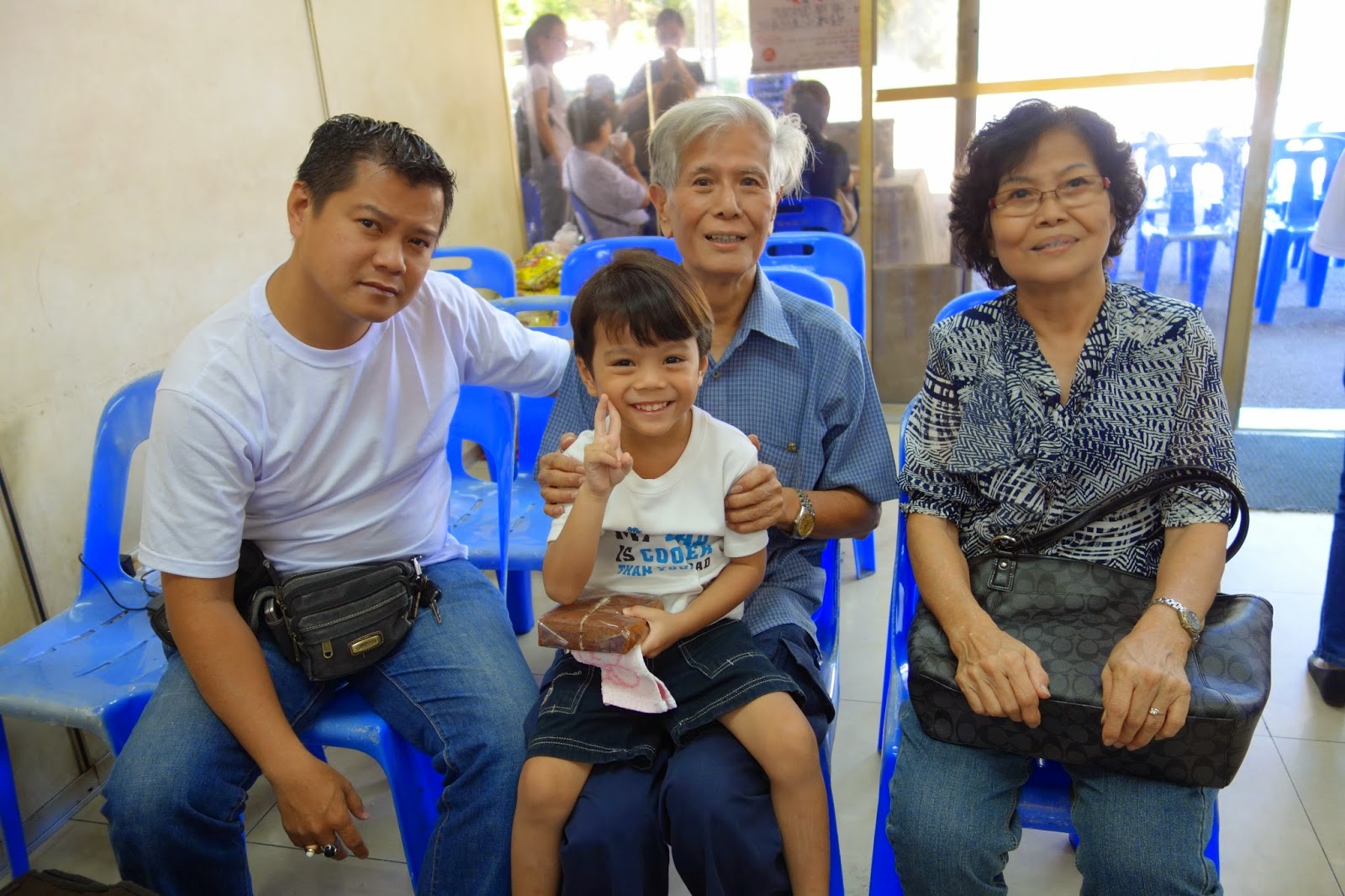 Here is Helen again with Ah Hee on the left, 2nd son of Doris with his son on David's lap 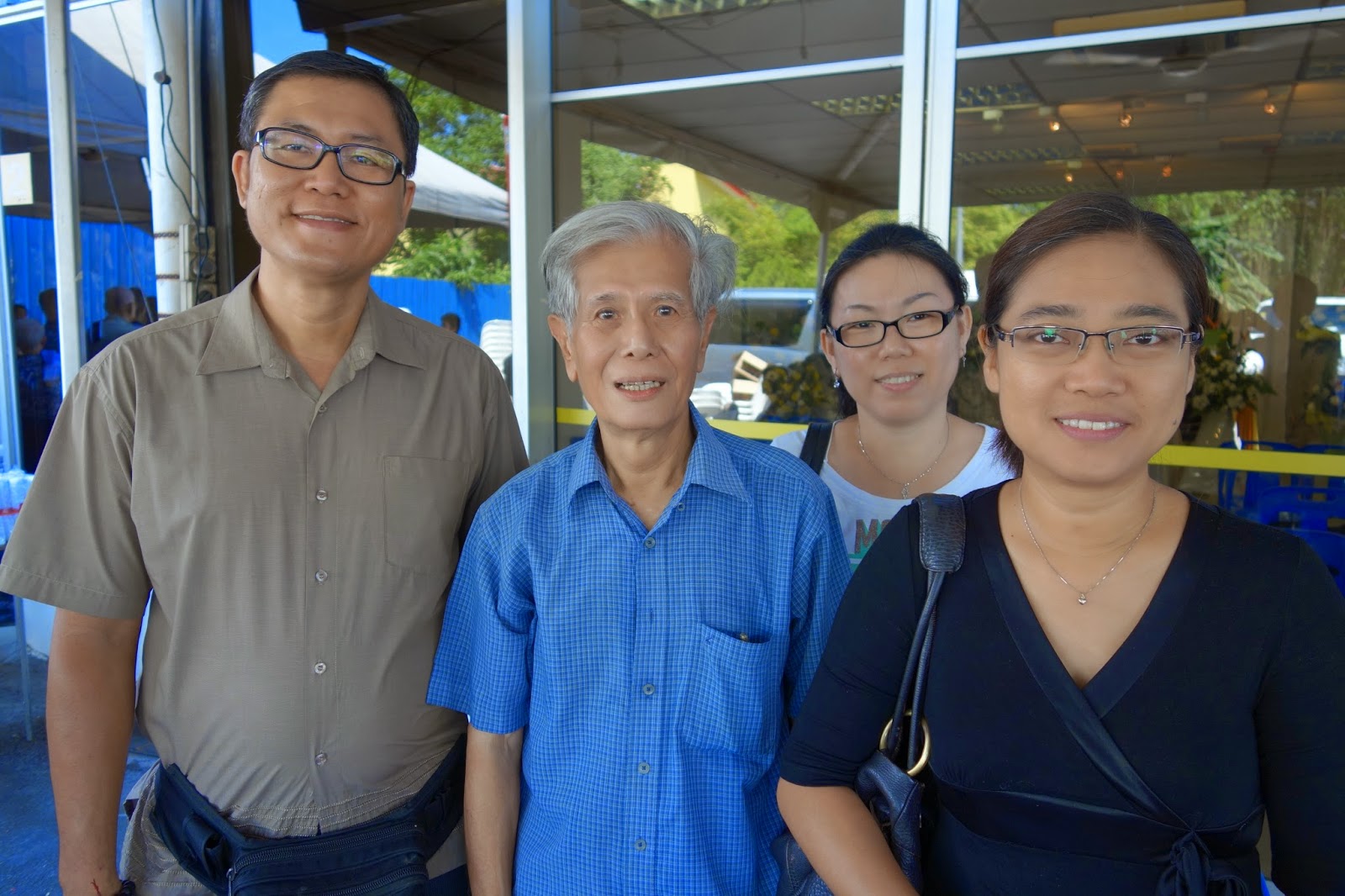 Here David is with the daughter(in the far right) of Robert, the oldest child of the family who was not mobile in Penang to be represented by his daughter(and husband on the left) and his daughter-in-law at the back. 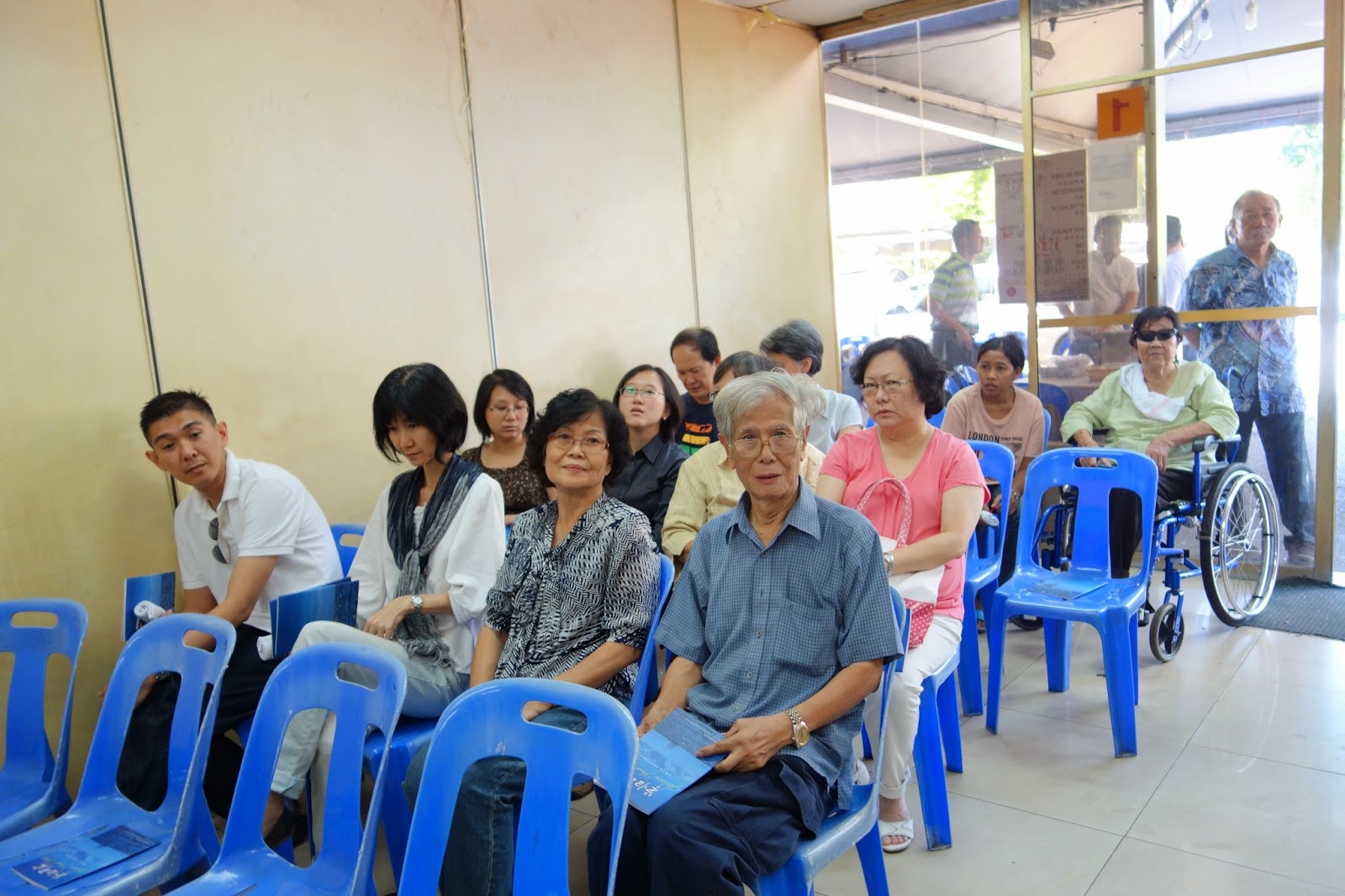 We see David in the front row seated with Helen who has her son Eddie and daughter Vivien beside her. 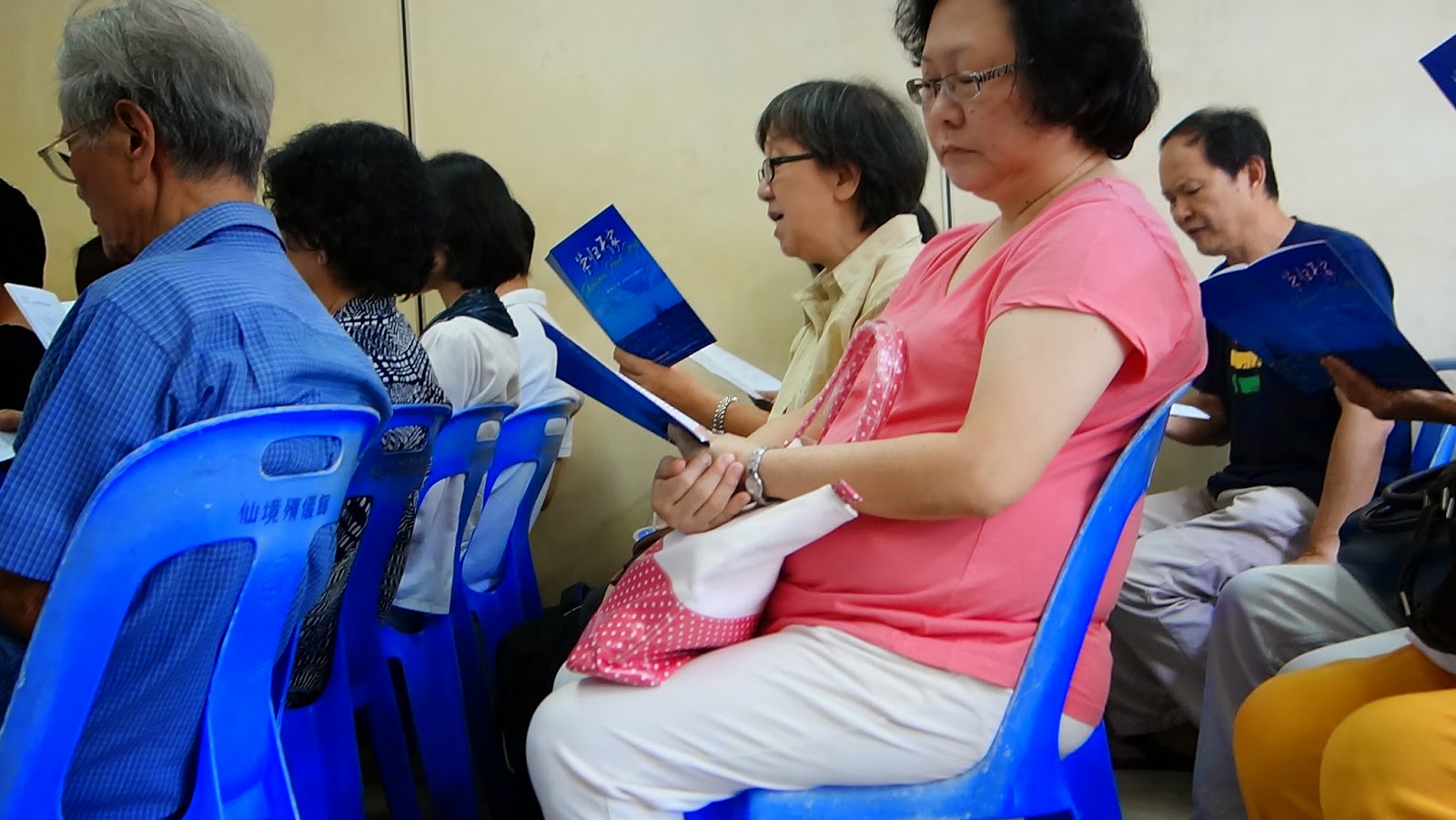 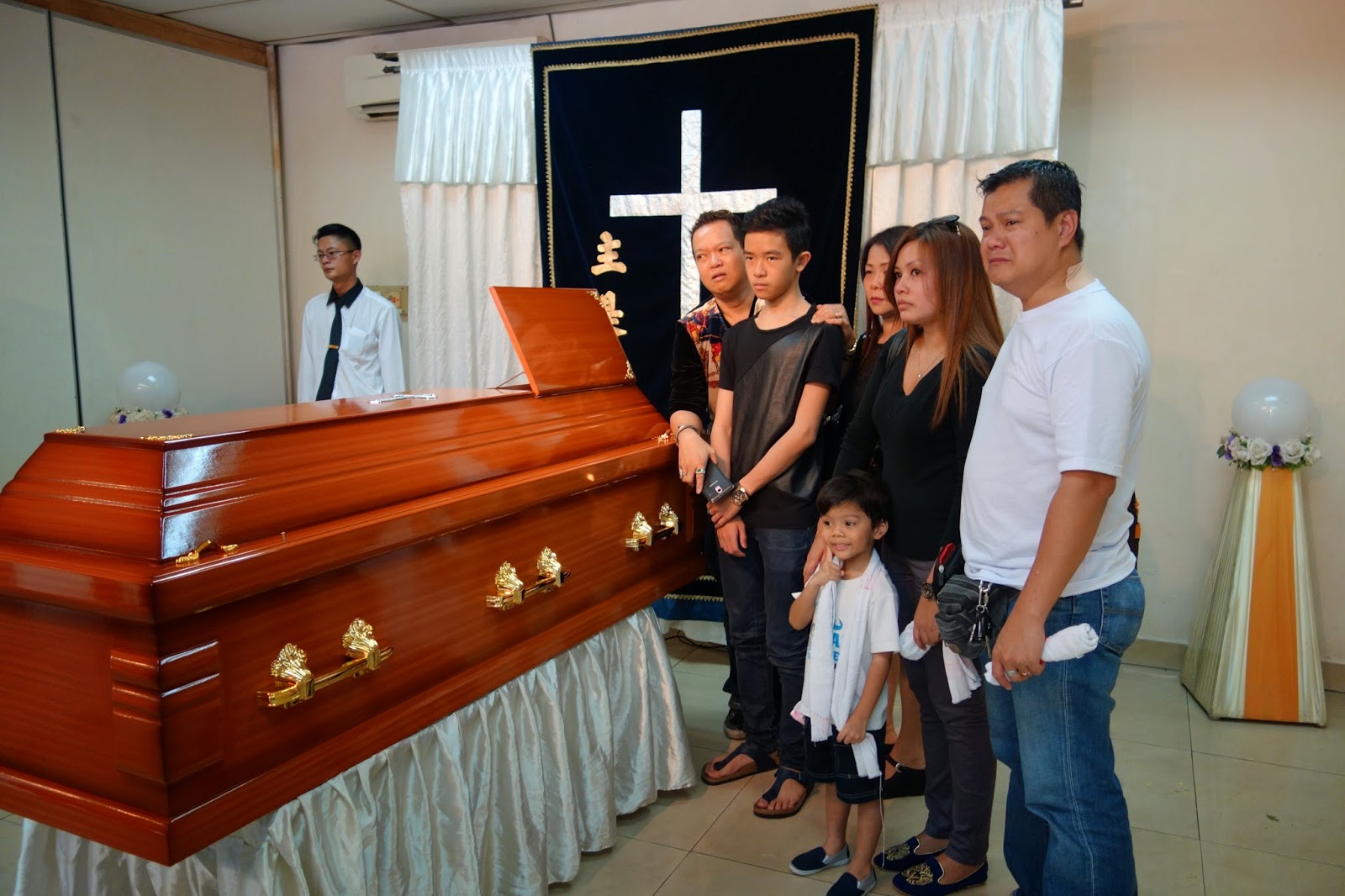 At the end, the family of Doris, oldest son on the left with 2nd son on the right with their wives and children stood at the front for the congregation to say their last good bye to Doris. 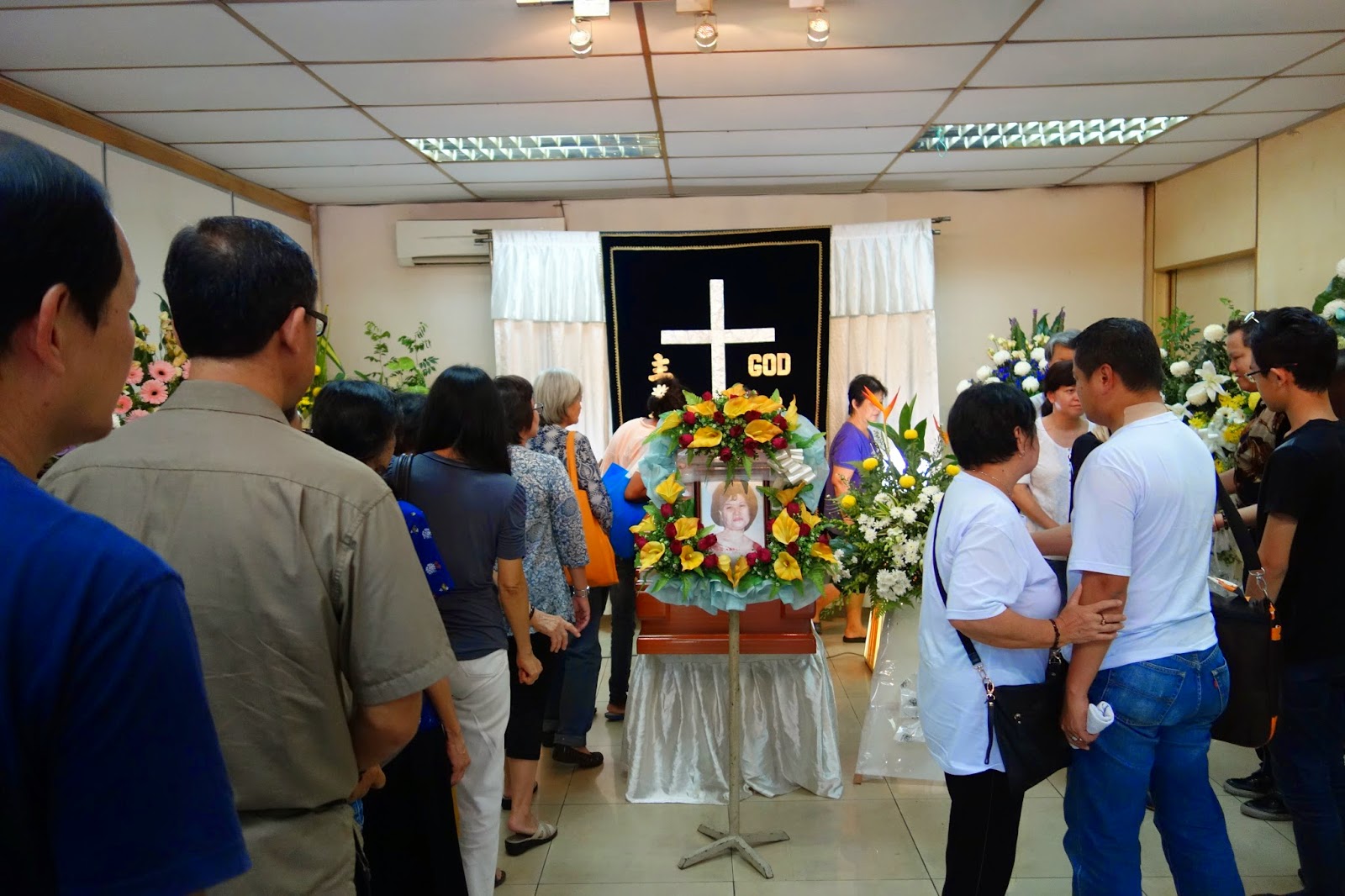 It was a beautiful and meaningful funeral for all who attended 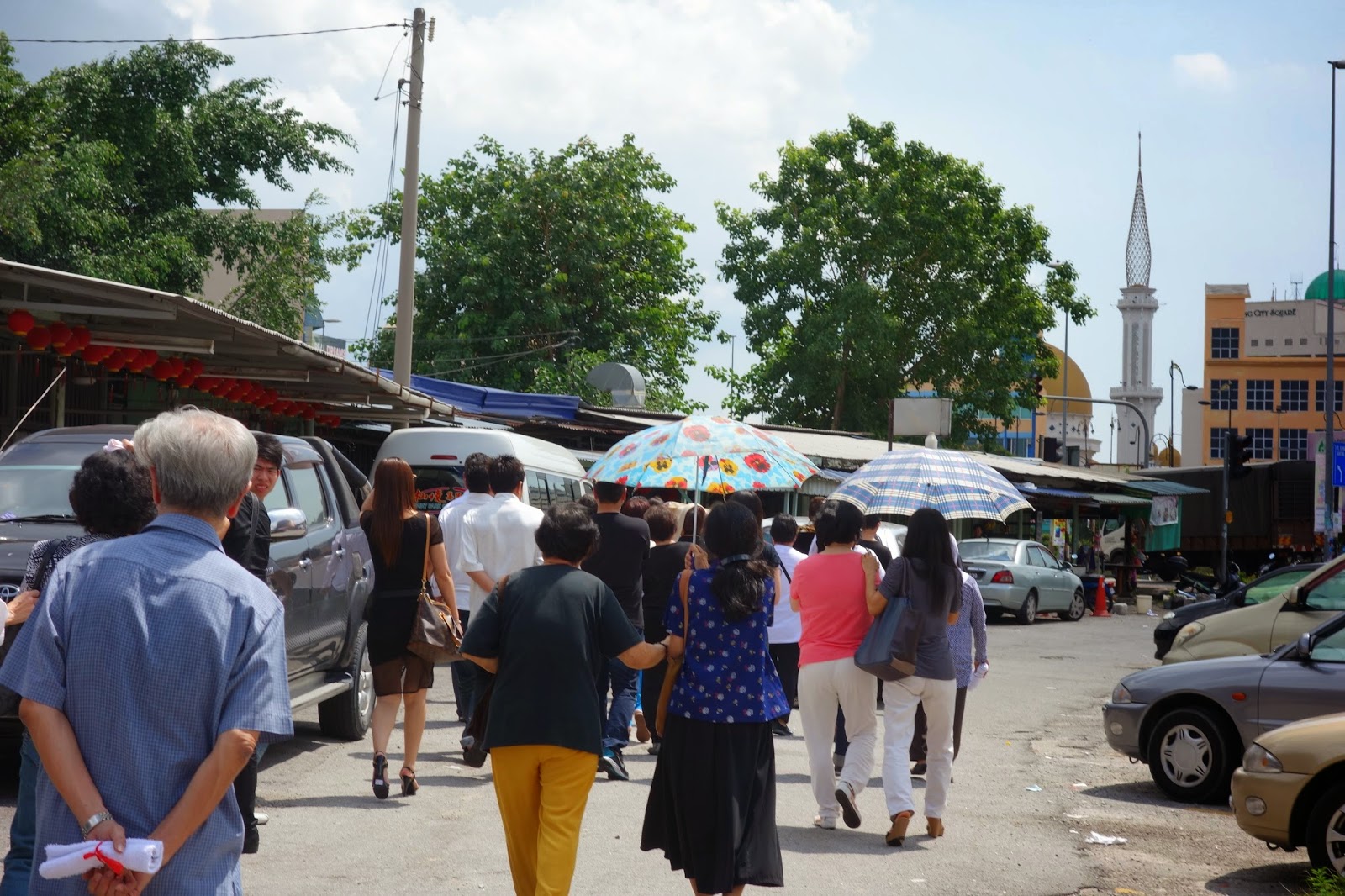 The family and friends walked slowly behind the hearse funeral car that would eventually head out to the Crematorium. 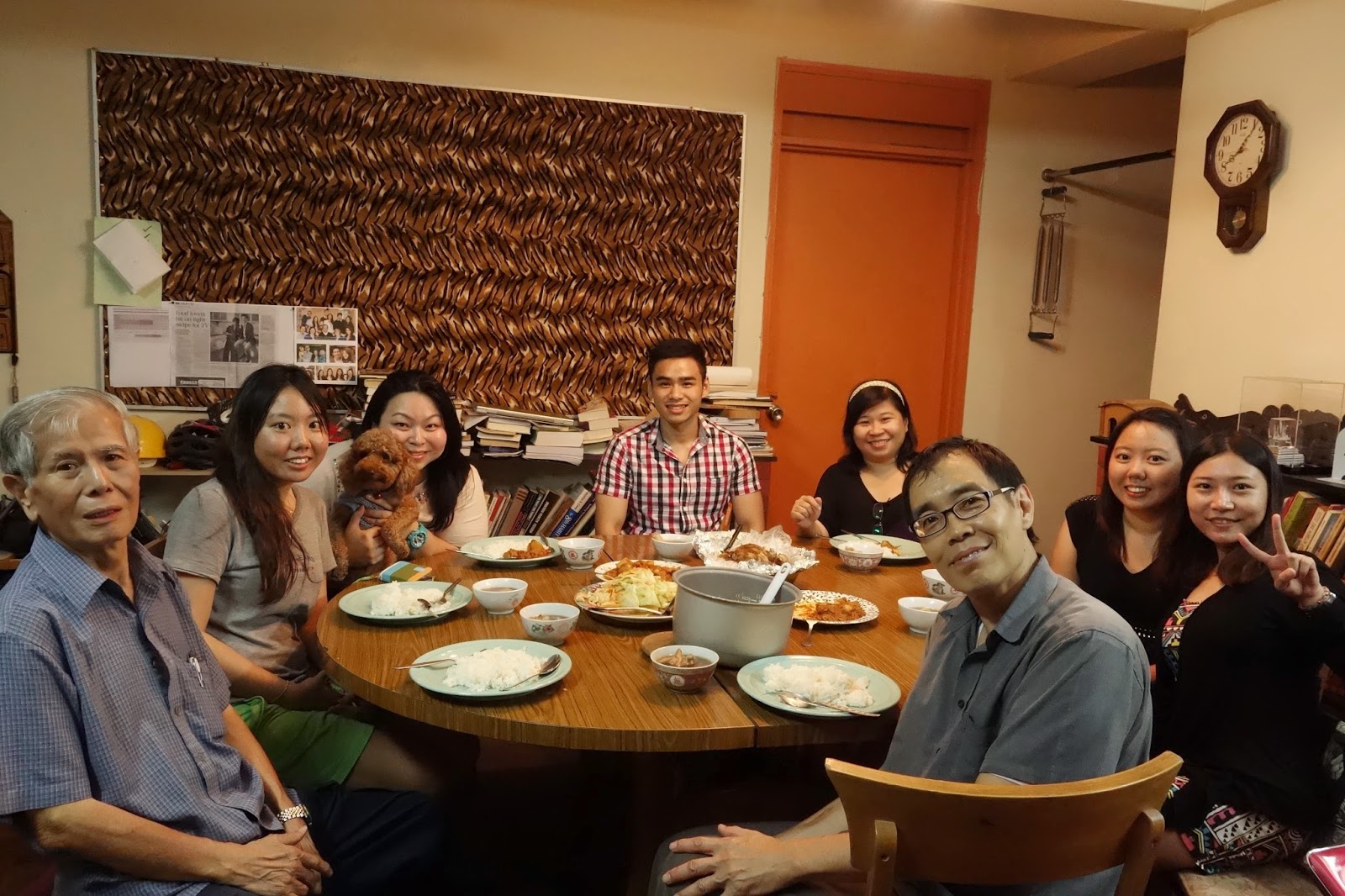 In the evening we had dinner in my home with some Church friends who attended the District Conference in KL. It is indeed a small world to discover that the sister of David, Mary was a friend of Coryn Goh, 2nd from the right who knew each other in Penang. Here I am thinking, it must be the spirit of God who can connect all these people together to me as I never new Coryn and her twin sister Caryn until the 1st quarter of 2013 after their mother passed away in February! Hmmmm...... furthermore Caryn introduced her friend Evelyn, third from the right in the back row, to the Church where she was recently baptized and beside her is Tu Wu from Vietnam whom she invited to join us for dinner.

I guess I am always at the right place at the right time and my weekend is already fulfilling before continuing my other business meetings for the week planned.