Feelings of brotherhood and compassion, shared for a  former classmate from school, Wong Kien Mun, in time of the loss of his son recently after years of fighting with leukemia in Spore 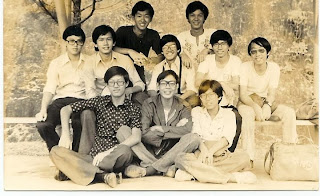 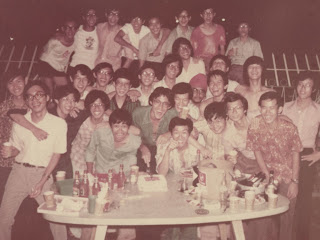 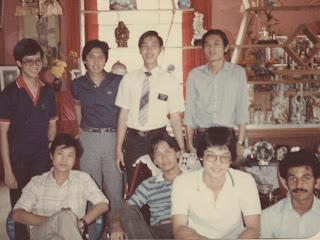 After my graduation from Australia and had returned to serve as a missionary in Malaysia, he was with a group of other classmates who came to visit me during the Chinese New Year celebrations of 1982 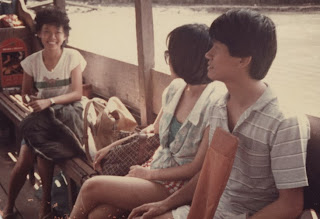 After the release from my mission, I found a fiancée in Singapore where he was based and he had a fiancée there too so we went to Pulau Ubin together as part of our courtship days spent together. 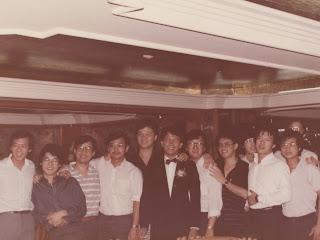 He and I got married in the same year of 1982, his wedding being earlier, and our classmates were present too 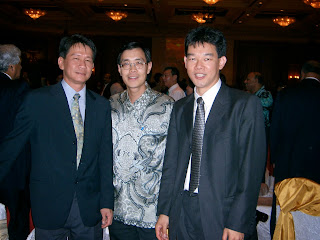 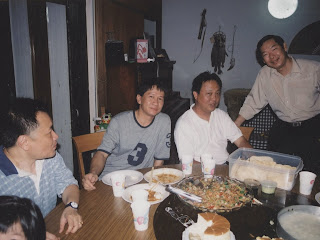 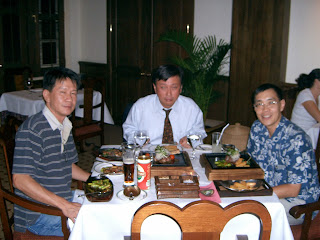 Singapore seems to be the place we could get together again, this last time in Sep 2005… 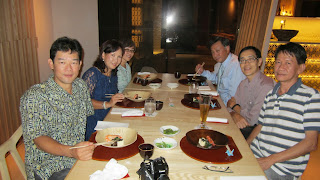 … and more recently last month of Oct 29 for dinner with other classmates and their wives. 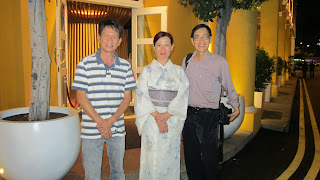 Before we parted, I was inspired  to tell him that Elders from my Church could offer prayers and blessings to his son. We also took a snap shot with the manager of the Japanese restaurant where we had dined earlier.

It was just recently that I left a comment on facebook in response to what my busy niece had typed on her status, “Wish there were 48hours in a day” with these words, “Same here but I’m glad I had at least 55 years of the regular 24hrs per day ones!” Yes we do get busy in life fulfilling many responsibilities and chasing after many goals of life at times but some of us never get the opportunity to live a full life till at least retirement age!  In such moments when a friend suffers a lost of a loved one, especially one still so young , I cannot help but feel for him during this time of sadness in his life and to render my sincere condolences.

I am particularly touched to recall that Kien Mun and his wife Annie were in our Singapore home to spend much appreciated personal time with me when my own wife, Geok Lee , passed away in November last year. I regret that when I got his phone message on the passing of his son in the morning of Nov 19, I had to respond with my apology that I was in Malaysia in the middle of holiday plans with my sons in KL & Kuantan and therefore could not be present in his home.  This blog post is an extension of the expression of my feelings to Kien Mun and Annie in their hour of grief with prayers from my heart.

I had also messaged him that I "Will pray for your family and try to see if I can have Elders from my Church to represent me."  I called Elder Lambert from my ward of the Church in Singapore and gave a cell phone number and home number to try contact the family to arrange a time when they could go visit to represent me. I later received feedback that they couldn't get through the phone and was unable to visit. I am therefore conveying my prayers through another Elder of our Church on a mission in Chile, South America whose name is Elder Archuleta, who will sing 'The Prayer' for the family. You can watch and listen to him by clicking here or click the video below. 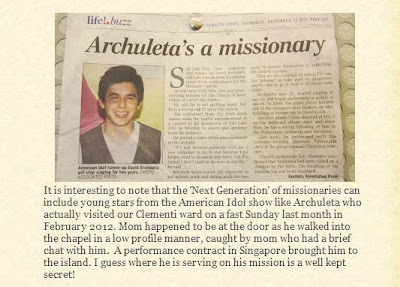 My wife actually ran into this American Idol star in Singapore.