November or the year-end period is definitely popular for babies born at this time. We had Ray on the 2nd, Shuan on the 8th and today their close cousin Ying Er celebrates her 19th birthday on this special unique date of the year.

Ying Er is indeed a close cousin not just because of the proximity of her birthday to the boys but she is simply a fun person to be with in family events and trips as the following photos depict : 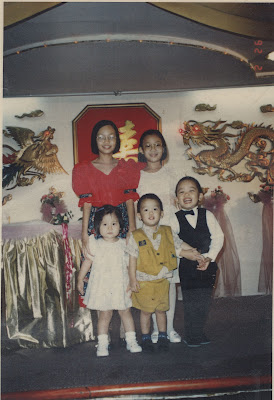 As you can see, she was already keeping up with the older boys in the front row on the left in her younger days. 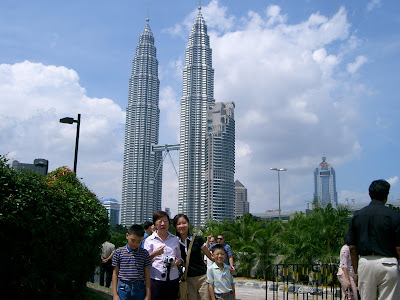 When she grew taller, she even visited our family when we were living in Kuala Lumpur at that time... 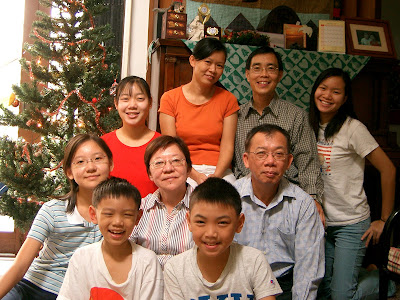 ... with her family blending so well with us to fill in the missing gap on our Christmas year-end celebration in 2005 when Shuan and Han had to be away on a school band trip to Taiwan remembered here. 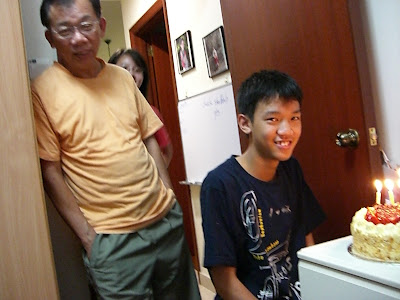 A year later, Shuan was visiting Singapore and got to celebrate his birthday in her family home in Singapore.... 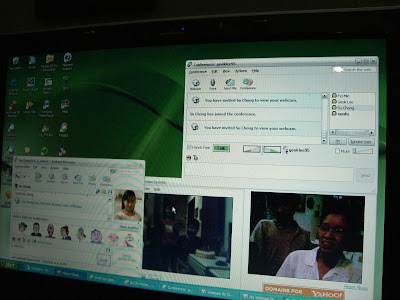 ... with most of our family joining in online from Kuala Lumpur, Su from Provo US and Fei  from Beijing China. 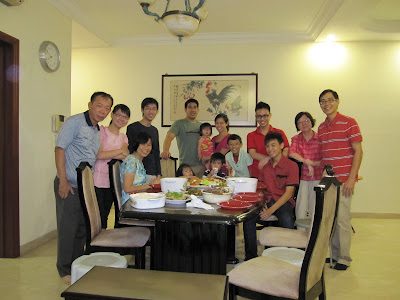 Since most of our family moved to Singapore in early 2007, we could be physically present to celebrate occasions at their family home like when another cousin Beverly from Seattle US came to visit with her family for Chinese New Year in February this year. 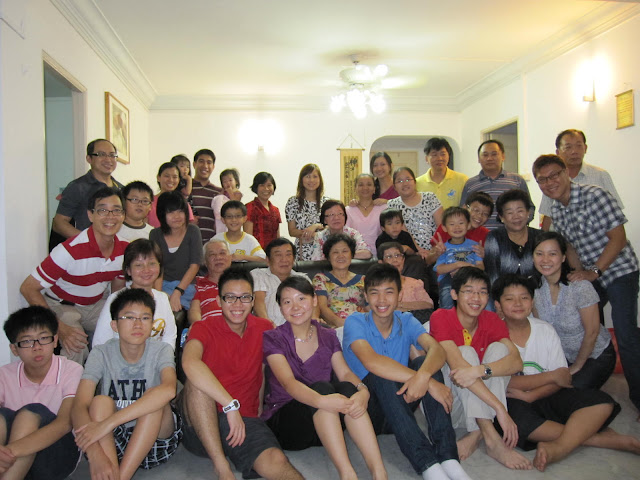 With a wider photo required when all the cousins, aunties and uncles in Singapore get together for the Chinese New Year reunion at oldest Uncle's home. 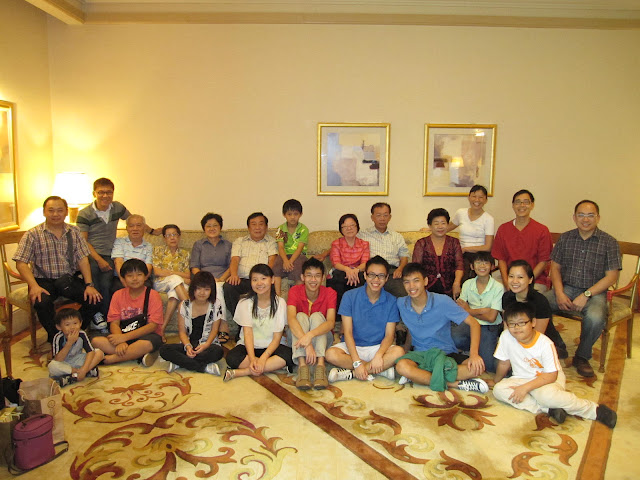 A similar wide-angle photo is required for the Christmas gathering of Dec 2010. Note the same line up in the centre front row of the 3 cousins as in the first photo above when they were little! Yeah... she is the female Doe as in the song 'Do-Re-Mi' from the Sound of Music movie.
Talking about music, she joins the boys to be musically talented as seen on the following video where she played the violin for a musical presentation in a US trip to Su and Jay's wedding in Utah in their summer this year. Besides the violin, she also plays the harp and piano. Listen to the beautiful sound of music that they can produce together. 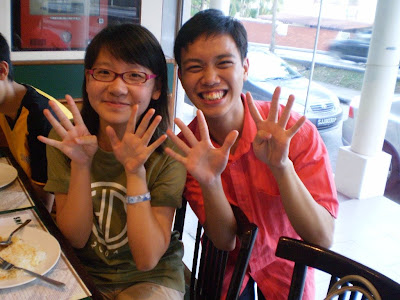 Besides Music, she keeps up with the boys academically as in this photo with Han when they both got their O Level results early in Jan 2009, scoring maximum of 9As with at least 6 or 7As each for their A Levels two years later. Han posted in his blog that a Sister Jake joked that Beauty, Talent and Brains must run in the family!!! The Sister left out craziness too as shown in the photo below..... 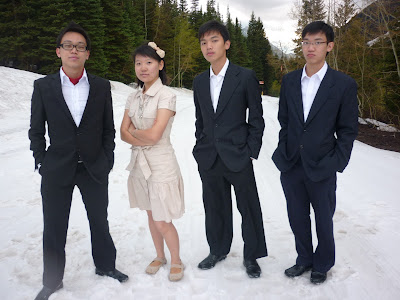 ... with Ying Er trying to look warm wearing a skirt in the snow? At least she was smart enough to avoid the snow fight that followed, recorded in a video in Facebook found here. (Interesting that this line-up is the same as the Chinese New Year photo above of the four cousins in the front row!)
After watching the Cow Girls riding horses in a rodeo in Utah, we hope she won't have dreams being one in the future. Nevertheless on her 19th Birthday, we like to wish her lots of Happiness always and may her dreams, only the sane ones, come true for her!


Family and Friends gathered in the evening to celebrate with her, singing the birthday song for her, both in Mandarin and English the Singapore style!
With food, fun and games too that makes everyone Happy! 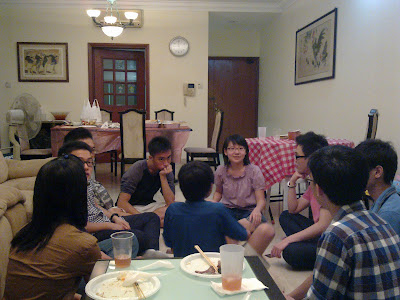 Can you see and hear the fun when the cousins play a board game together?
Posted by Dad the KL city kid