December 2006
History of the Pudu Jail is found in this wiki website. 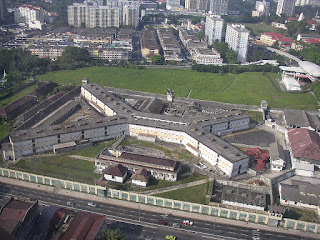 Aerial photo from Wiki website above. Construction began in 1891 and was completed in 1895

A history of the Pudu Jail can be viewed in the History Channel video above.

Said to be one of the most haunted places in Malaysia, Pudu Jail was built in 1895 and was witness to executions, suicides and deaths. Former jail wardens have claimed that they experienced paranormal activity here too. Check out the complicated history of this now-demolished prison. See more haunting photos of Pudu Prison, taken before it was redeveloped into the current Bukit Bintang Centre here: thesmartlocal.com/malaysia/pudu-prison-photos Follow The Smart Local Malaysia for more videos like this! We're also on IG: instagram.com/thesmartlocalmy & Telegram: t.me/thesmartlocalmy.

Posted by The Smart Local Malaysia on Tuesday, 20 April 2021

A video with paranormal insights
June 2010
The Eastern Wall along Jalan Pudu was first demolished for widening the road. 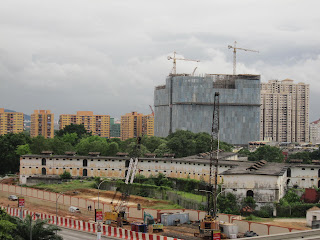 This photo was taken from the Sun Complex building to see that the Eastern along Jalan Pudu is completely demolished. 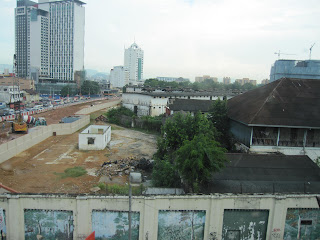 The Northern wall with the murals seen on it painted by a former convict who spent time in this prison will not remain for long also. 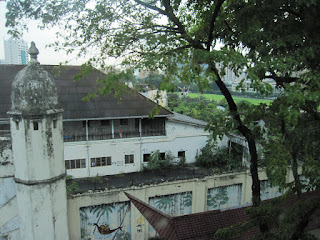 This is the Northern wall seen on the right of the main gate and tower along Jalan Imbi. 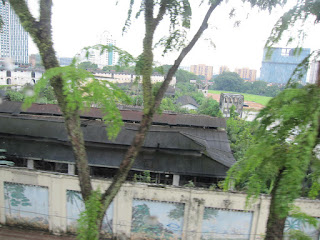 View of further right of the Northern wall.... 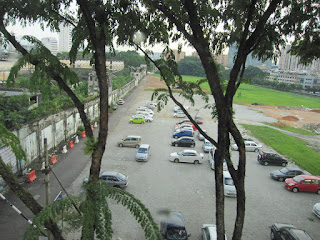 ...where the Northern wall joins perpendicular to the Western wall seen in the above photo. 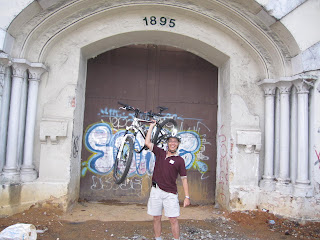 Is this the last prisoner being released from the famous Pudu Jail of Kuala Lumpur? No, it's just Me cheering Freedom, Freedom, Freedom! Checking to see the main gate is still there.

Construction begins for the Bukit Bintang City Centre on the land where the former Pudu Jail was built on in 1891 and completed in 1895. Demolition of the Pudu jail started in June 2010 and by December 2012, all buildings within the Pudu Prison complex were completely demolished, with only a part of the exterior wall and main gate still standing. 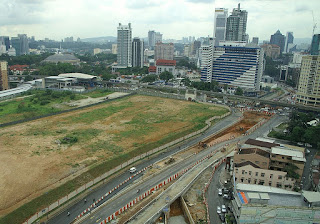 Video of the site from the North wall swinging from left to right or where the West Wall was to the East Wall which have been completely demolished. The Bukit Bintang City Centre building that serves as the office for managing the construction of the entire project is seen in the rear will lit up with the name of the Centre at the top zoomed in by the camera. 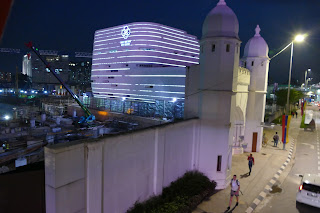 The original entrance of the North wall preserved with the white construction office lit up in the background. 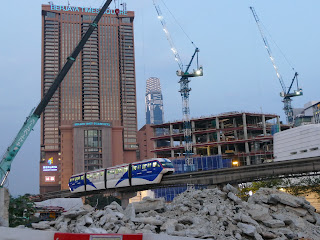 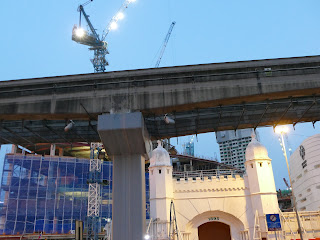 We can see that previously where construction was still flat behind the original entrance of the north wall to the white construction building has advanced to several stories high in construction 18 months later.
Posted by Dad the KL city kid