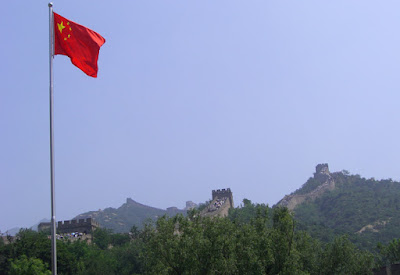 There is an old Chinese saying that you wouldn't be a Great Man unless you have scaled to the top of the Great Wall of China! 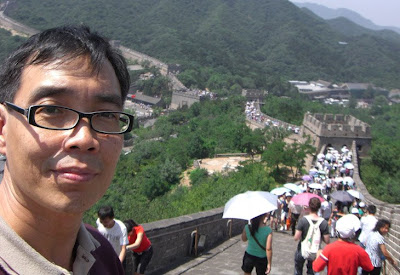 So I had to give it a try but the day was so hot and the crowd so huge that I only made it half way to the top! 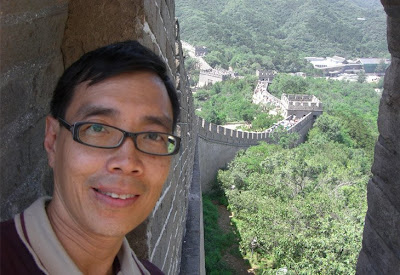 So I guess I just have to be the small man who hid in the cool shade of the Great Wall. haha! 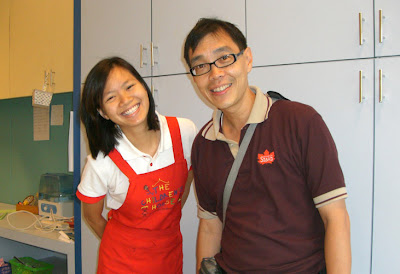 But it was Great to be able to spend time with my daughter Fei, visiting her Montessori school in Beijing where she teaches 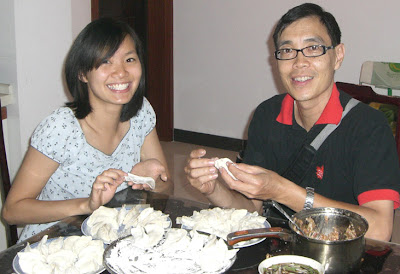 Making Chinese dumplings in her kitchen 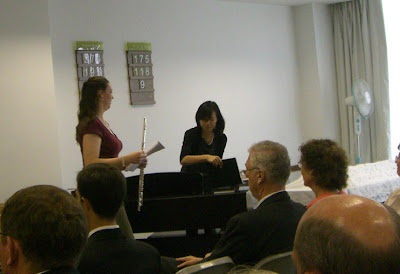 Listening to her play the piano at Church in a musical presentation.. 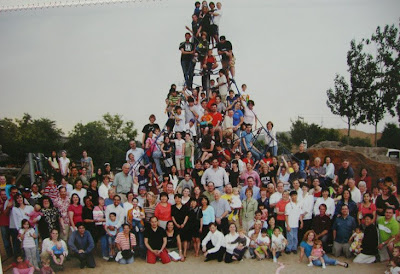 ..and what a large branch they have in Beijing with members stacking up taller than the Great Wall! 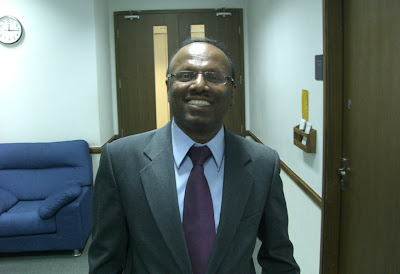 So nice to meet an old friend Selva who is the brother of Michael Tamil, now married and settled in Beijing speaking fluent Mandarin. 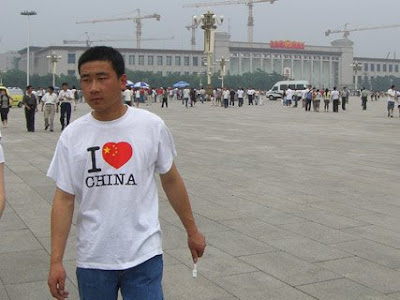 I really love the spirit of the people of China like the photo of this man taken in Tiananmen Square. 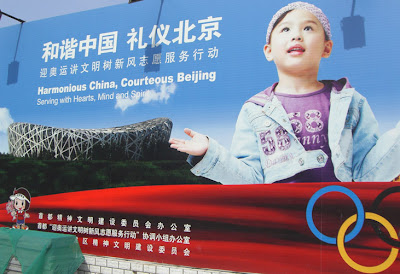 I was caught up with the spirit of the Olympics too and went to the Olympic Village to see the 'Bird's Nest' designed stadium. 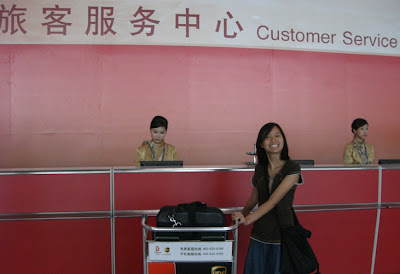 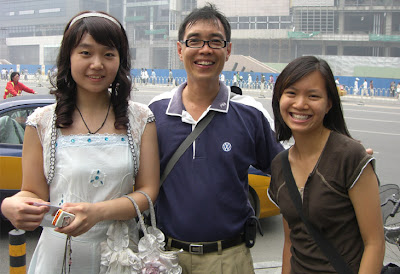 Well, at least I had one bonus... I came to visit one daughter in Beijing but left with two instead. To know the whole story,  click here to see all the pics. 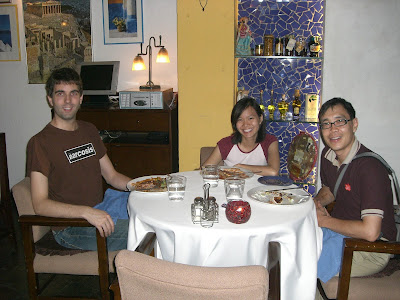 Dinner with Christopher. More pics of them together and my photoshoots of Beijing city with other friends can be viewed by clicking the above link.