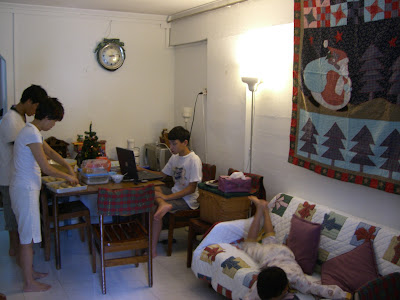 By Christmas Eve, all the decorations for the season were all up already. 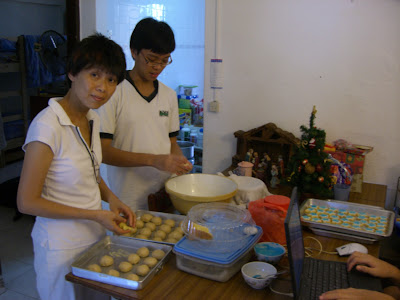 Mom was busy making more cookies that will be given away with Han helping. 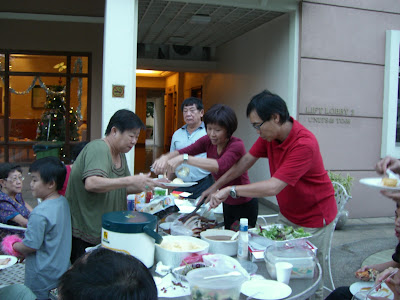 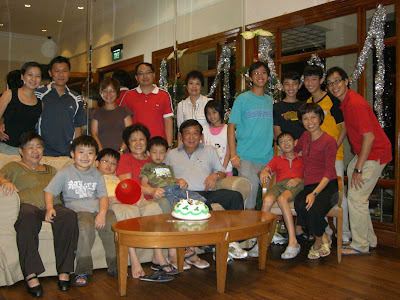 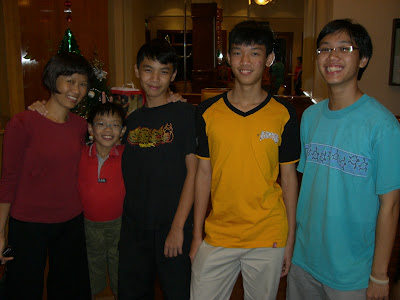 Followed by the Chongs .... 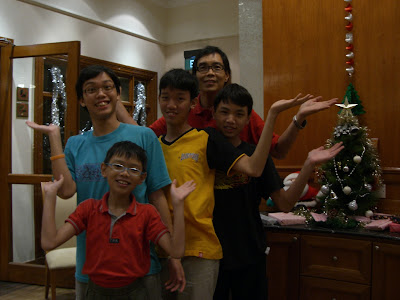 ... who get creative when Mom is the photographer! 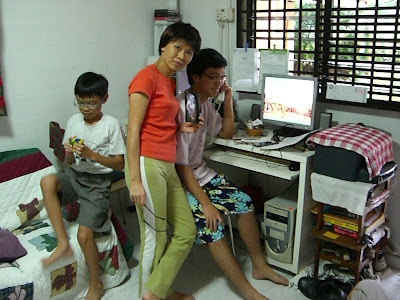 On Christmas day, we got to talk to Fei and Su on the phone as they were unable to return home this year. 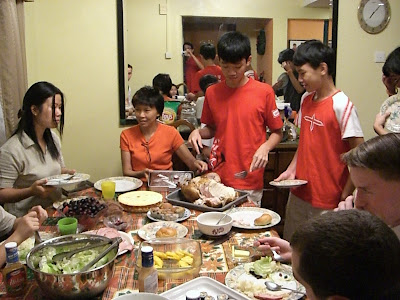 In the evening, there was more turkey for dinner at Chong Keat and Wyndia's residence 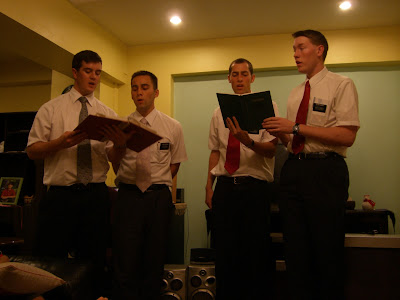 The Elders paid for their meals by singing for us 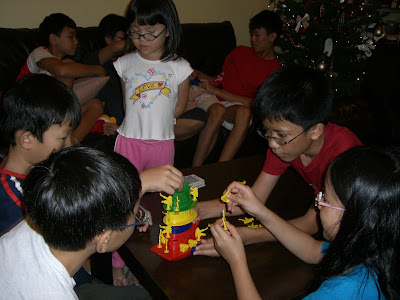 The children had a lot of fun playing games and toys from Santa. 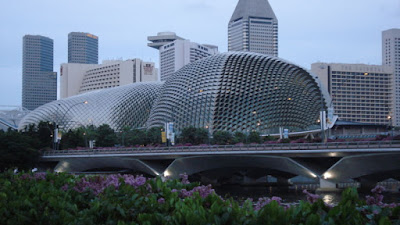 A highlight this Christmas was to see Woon Han and Woon Shuan, the two older boys, perform with their school band at the world class Concert Hall at Singapore's Esplanade, casually referred to as 'The Durian' pictured above. This was just the day after Christmas or Boxing Day. 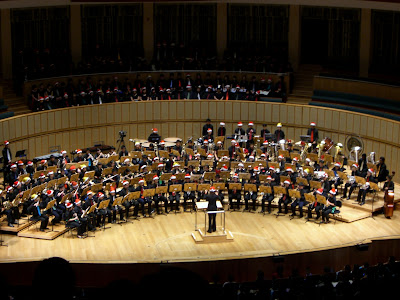 They played our family's favorite music taken from the Broadway Show 'Les Miserables', a stage musical based on the novel of the same name by the French author Victor Hugo. Click here to listen to a live recording of their opening number. Other music included the Star Trek theme and a medley of Christmas songs. 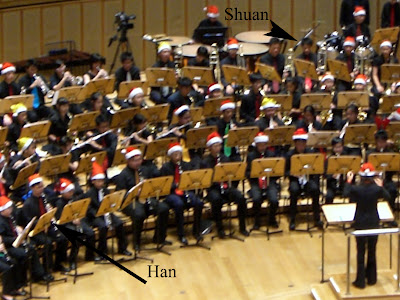 Above is the enlarged photo of the previous distant view of the orchestral platform, with arrow pointing to Han playing the clarinet and Shuan at the back holding his Trombone. 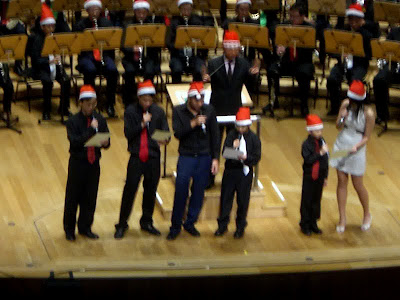 A special honour for Han was that he was chosen to be one of the six masters of ceremony for the evening. He is pictured above on the far left. 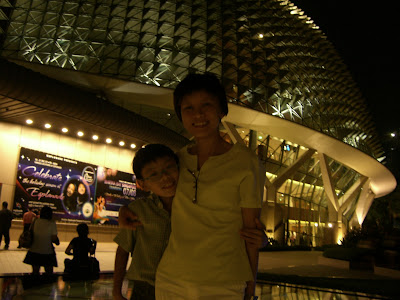 That's the proud mother look after the performance with Ray the youngest hugging closely. 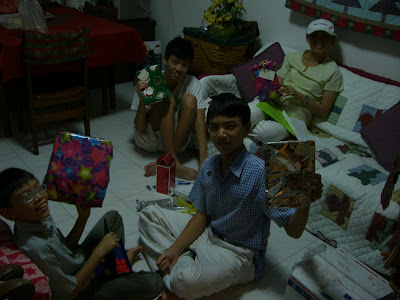 Of course, the children's highlight for Christmas must be the presents and this year they have received suprise presents left on the door outside from anonymous Santas. Pictured above are the presents the family got from Sister Su Chong serving in Oakland California!
Posted by Dad the KL city kid