As I prepare to leave New York City in the early hours of the morning, after spending a good 10 days here, I can conclude that this trip is unlike any other that I've done previously.

The last trip with my wife a few years ago was typical of how one would spend in the city; walking through Central Park, going to the more famous though not the tallest, Empire State building, seeing Broadway shows, taking a boat ride to see the Statute of Liberty or simply wandering into the many art galleries or museums. Even though I've been to New York several times in my life, there always seem to be so much to do and never enough time. I seem to get a different perspective each time I come and this time around it turned out to be even more special!

For a start I had spent so much time in the Flushing Chinese District that I am convinced that if I woke up in any of the Chinese Districts in the city, I could really believe that I was in another city of Asia. It reflects how strong the Chinese culture seems to be as no matter how far the people are away from home or how unique the country of migration seem to appear, they seem to maintain their own culture. They truly live just the same way as if it was at home with only maybe some minor adjustments! I felt very much at home indeed with the food and the language.

What was more distinct on this particular trip was that I had an inkling to drive to upstate New York to visit the sacred site of the LDS Church in Palmyra. After so many visits to New York, it is only this trip that I had a strong desire to go there.I had provided myself a good 10 days in New York to give myself time to make this journey as it is quite a drive away from the city but time soon slipped by and I had only a weekend left. On late Friday afternoon, I borrowed two boys from a Singaporean family I was staying with and we headed out to upstate New York to visit the Sacred Grove in Palmyra where the boy prophet Joseph testified that he had seen the living God in 1820.

It was a very wet, cold and rainy day when we arrived at the visitors center of the Church. After a tour and film presentation that was more for the 2 non-member boys that were with me, we headed out to see Joseph's log cabin home where the Smith family lived. From there we proceeded to walk the path towards the trees where the Sacred Grove was located. We ended up walking with a small group of people and as we got into the thick of the forest where it was already dark, I exchanged conversations with the people who were walking with us with an interesting discovery. One caucasian lady was a returned missionary from Taiwan who spoke Mandarin. She was with her husband and they decided to take a photo of me with two other women in our group, one of whom was from India and another Chinese woman who was from Taiwan. Looking back at the time of 1820 at this remote secluded forest where Joseph received the important revelation that would lead to the restoration of the Church in the world, I wonder if he ever foresaw that there would be visitors to this grove of trees one day from Malaysia, India and Taiwan???
As I conversed more with the group I discovered some interesting things. The returned missionary was Mariane Maxell and when she mentioned she was from Alpine Utah I mentioned the Bangerters and she shared that she actually once dated the brother of Paulo Bangerter's wife Jalayne! Then the woman from Taiwan named Shuli mentioned the name of her friend Amanda Crandell whom our daughter Fei knows in Beijing. What a small world it is in the Church I thought!

We all rushed to our car as it continued to pour. I spent a few minutes in the car to make a pact with the boys to love one another as brothers to help reduce the squabbling between them as young brothers often do, reminding them this date of 22nd October as the date of our pact. As a reward I would take them to Buffalo and Niagara Falls for another night before we would return back to New York City. Suddenly I realized the significance of this date! 22nd October is the anniversary of my mother's death 23 years ago! What a spiritual experience it turned out for me in that cold rainy day visiting the Sacred Grove in upstate New York. 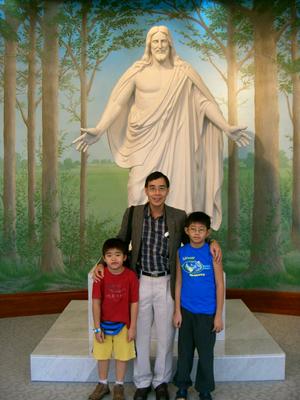 With Curwen and Kent at the visitors center 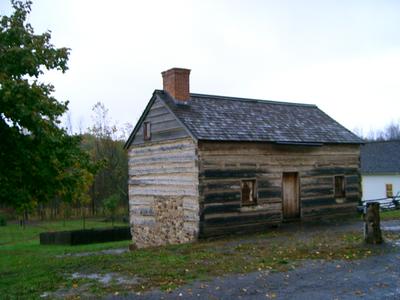 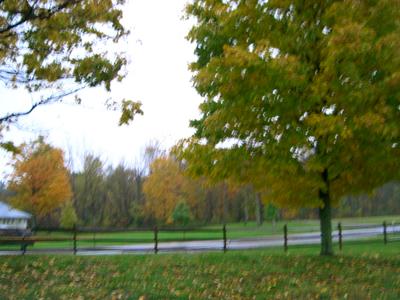 Towards the forest and the Sacred Grove 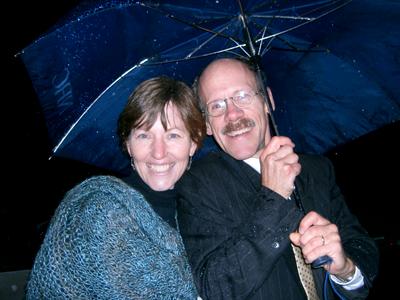 Mariane Maxwell with her husband who informed me she was a returned missionary in Taiwan who taught in Mandarin. 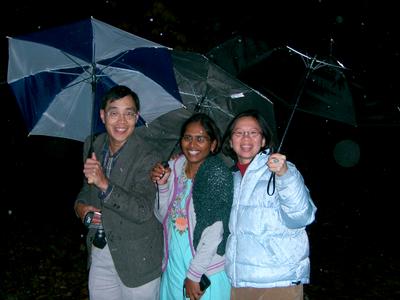 Representatives from Malaysia, India and Taiwan at the Sacred Grove on 22nd October 2005,

The Church has more photos of the Sacred Grove as can be seen here.

The family from Kuala Lumpur traveled to Singapore for a Joseph Smith's Bi-centennial Celebration of his birth as recorded in this future journal post.

Some of the photos taken in the unique trip to New York visiting the Sacred Grove in Palmyra found above were used to create this video taken from the future journal post mentioned above.

Spacetime-Travel
From the 1st Quarter 2018 to Oct 2005, from Kuala Lumpur to the location of Palmyra New York State. 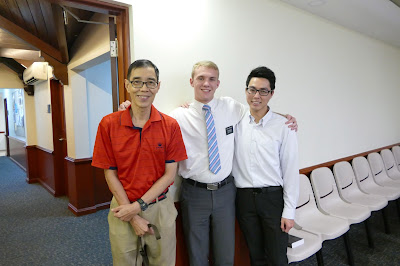 My Consciousness leads me back to this post of my trip to Palmyra just because Elder Bringhurst in the center above, connected to me on Facebook messenger after being back home in a place named Charlton, New York State. 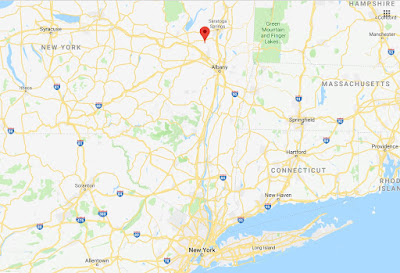 In 2018, we have Google Map to help one quickly find any location, so when I checked and found that he was in up state New York, my mind reminded me of my unique trip to a historical place of the Church where Joseph Smith received his First Vision in what is called the Sacred Grove in Palmyra. 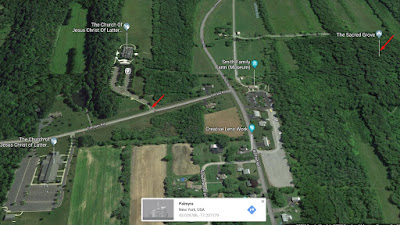 Technology is such in 2018 where not only can one see a map of an area, with Google Earth maps, one can also see an aerial photo from the Satellite of an area one is looking at. The arrow on the top right shows the Sacred Grove where I had walked to in the rain in Oct 2005 as shared above. The left area is to pinpoint a spot where I could maneuver using Google Earth on the computer to see the ground photo below pointed out by the left arrow marker I made. 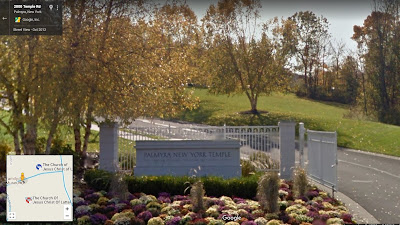 One can CLICK HERE to see the actual ground view from the Google Earth map and do some maneuvering by using the mouse to move the cursor around the photo image of the area to enjoy a virtual tour created by modern technology!

An interesting line of thought I had in adding this video here is that while I was at the Sacred Grove as shown in the above photo of my visit to Palmyra, I met two other Asian visitors in that year of 2005. Who would have thought an Elder from near the area would be coming to Malaysia, over 10 years later, to share the Gospel in Mandarin as well as English!