Recently I was in Singapore again and have been visiting the island at least once a month for business and personal reasons.

As I think about Singapore a few vivid memories come to my mind. When I was a student old enough to travel on my own, Singapore was my first 'overseas' country that I could visit with my passport. I remember wanting to travel the length and breadth of the island taking the public bus. Going to Changi Point on the south east of the island was one of my goals and hearing that there was a Changi Beach there, I was all prepared for a swim. Only when I got there did I realize that it was not the kind of beach I had anticipated as I saw many ships out in the sea and the narrow beach though white did not have the fine sand I'm used to.

Little did I know then that my future would very much be intertwined with this little island nation. It was here that I first met the Singapore Girl but I wasn't really interested in her then as she was just a school girl to me while I had just graduated from an Australian University and waiting to serve my voluntary mission for the Church. We were just together in a group singles activity for dinner at the famous Newton Circus food center. I guess I couldn't help to first notice her when she suddenly jumped on her chair when a leaf from the tree fell on her table thinking it was a cockcroach! Ha ha ha! Anyway what transpired from there is another story that deserves a blog of its own to be built one of these days!

Singapore became a very fast growing economy which had attracted a few of my Malaysian school friends to work there over the years. On this particular trip it was nice to catch a couple of old school mates with time off to have dinner together in the Lion City. The following photos reveal the fine city that Singapore has become and a second home for many Malaysians. 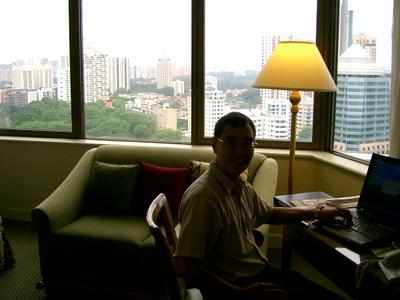 The view of Singapore from the JW Marriott Hotel room 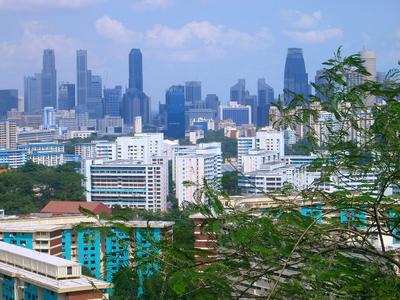 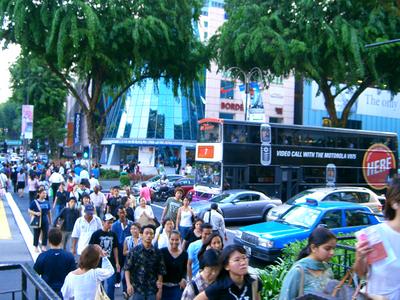 The busy intersection on Orchard Road 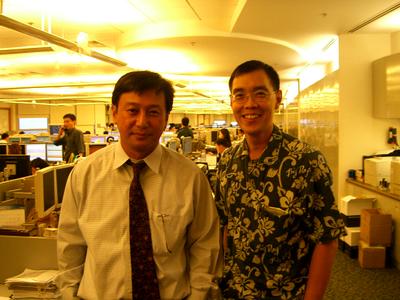 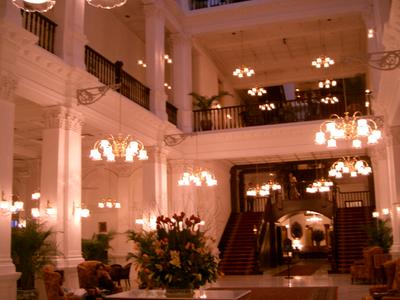 We then proceeded to the elegant Raffles Hotel for dinner... 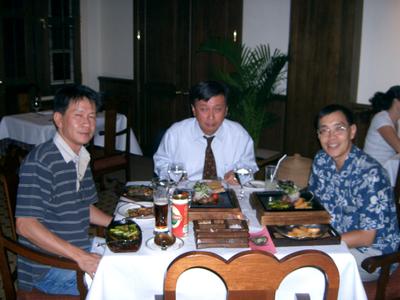 ... to be joined by another Captain, Wong Kien Mun of Singapore Airlines--the airlines that created the Singapore Girl icon! How nice I felt it was to be among captains from our old school team!